HOW NOT TO PROPOSE 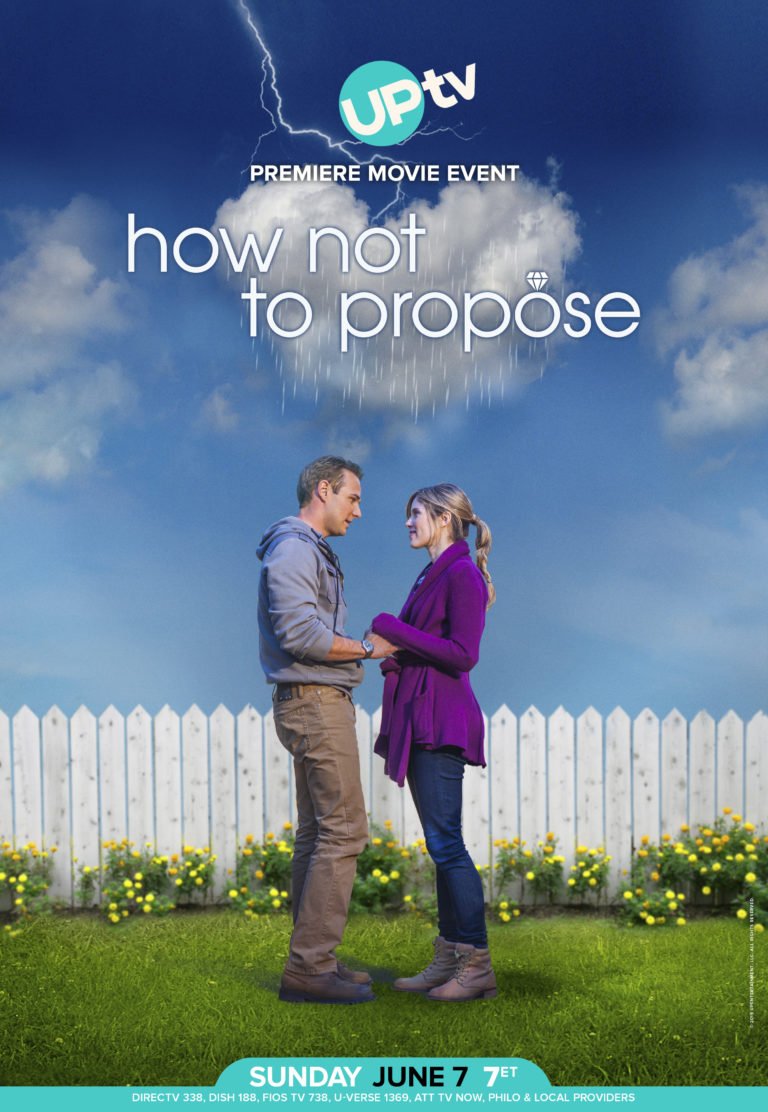 HOW NOT TO PROPOSE follows a couple at the crossroads. Lena and Travis are both in a place where they could go their separate ways with their careers or commit to one another. When they go on a weekend getaway where Travis plans to propose, a series of unfortunate events might stop him from popping the question.

(RoRo, NA, B, L, V, N, M):
Dominant Worldview and Other Worldview Content/Elements:
Strong Romantic worldview as the two leads are in a relationship and are on the cusp of getting engaged and there are times where following your dreams is mentioned as being more important than settling down and getting married, with a New Age element of thinking where a couple gives the advice of being yourself, and everything will work out, and some light moral elements where marriage, family and friendship are extolled, and main character also asks father for his daughters hand in marriage, and the father gives his blessing, but says it’s unnecessary
Foul Language:
One “Oh God” profanity, and two instances where character gets sick to their stomach, but it is only heard and not seen
Violence:
Car gets a flat tire, and man hurts his back while driving recklessly
Sex:
No sex, but married couple kisses a few times
Nudity:
Upper male nudity when getting a massage, and the top of a female’s back is shown while she gets a massage, upper male nudity in a hot tub, and female has swimsuit on but only her shoulders are seen and not her stomach
Alcohol Use:
Wine with meals is seen and a winery is mentioned, and father talks about beer in Germany
Smoking and/or Drug Use and Abuse:
No smoking or drugs; and,
Miscellaneous Immorality:
One character has an addiction to online gaming.

HOW NOT TO PROPOSE follows Lena and Travis, who are both at a crossroads with their careers. Lena is working an internship at a hospital, and Travis is a struggling writer who keeps getting rejected by publishers and was just fired from his day job in sales.

Right as Travis is fired, he decides he wants to marry Lena and purchases an engagement ring. However, at the same time, Lena finds out she’s been accepted to a high-profile research residency program in Germany. She knows her dream is to work with children, but this residency is almost too good to pass up. The catch is, she hasn’t told Travis about the opportunity yet.

Travis had previously planned a spa weekend where he was going to ask Lena to marry him, but now has to change the plan to something cheaper. Travis’ brother, Cedric, suggests Travis take Lena camping where their family always used to go. Travis thinks it’s a good idea and rolls with it. However, when he tells Lena, she’s skeptical.

Travis and Lena head to the campground to spend the weekend. Along the way, and when they arrive, they deal with day after day of messed up plans or something going wrong. This disheartens Travis because he wants everything to be perfect.

One day at the campground, Travis and Lena run into Lena’s old boyfriend, Oren, which throws Travis off his game. He’s nervous there might be some old feelings there, but Lena assures him there’s not.

Just as Travis decides the time is right to ask Lena to marry him, Lena tells him about the residency program in Germany. Travis tells her to accept, but Lena waits because she’s still not sure what the right thing to do is.

HOW NOT TO PROPOSE is a cute idea, but the poor script hurts the movie. Some moments are meant to be funny, but don’t really hit. There’s also a lack of chemistry between the two leads, which leaves the audience wondering how the two of them are supposed to be in love.