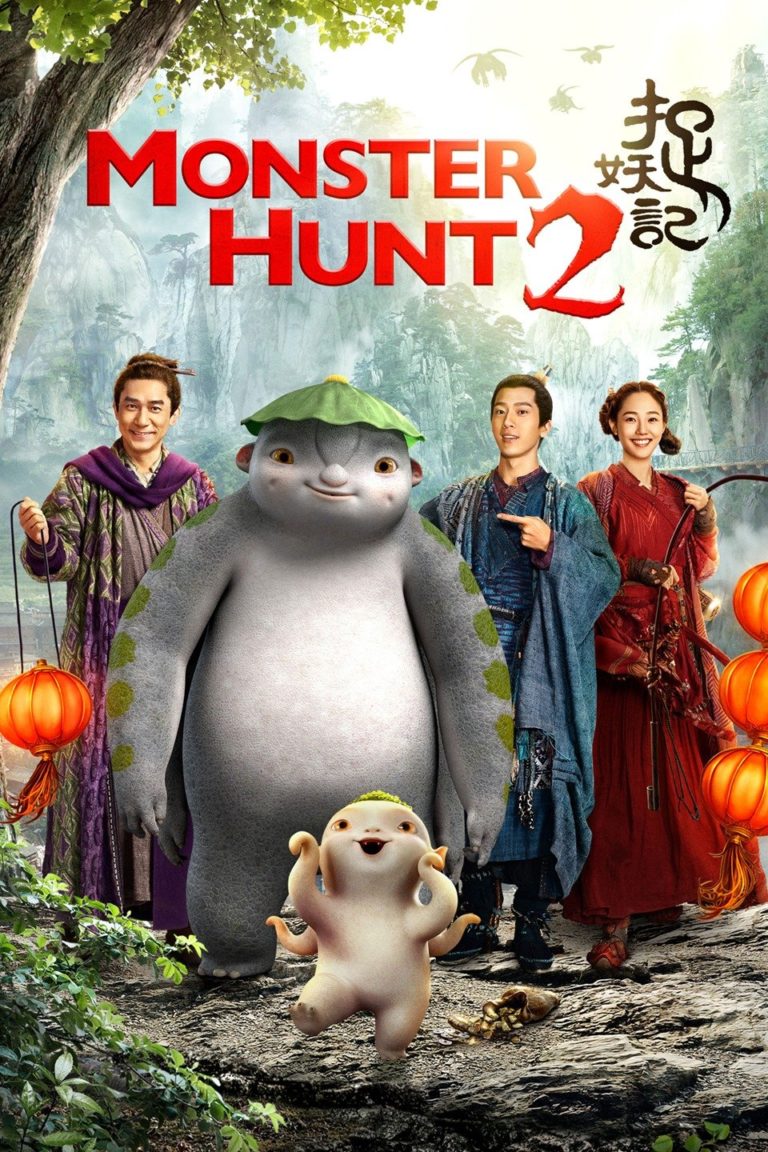 MONSTER HUNT 2 is a fantasy for families from China. Wuba is a baby monster, the child of a human man and monster queen. He’s the target of monster hunters who seek to kill him. At the end of the first movie, Wuba’s parents set him free into the wilderness to live with his friends. However, that quickly becomes a bad idea when they learn he’s being hunted. They do everything they can to find him, even discovering special powers that help them see where Wuba is when they are away from him. Can Wuba’s parents find him to keep him safe, or will the monster hunters find him first?

MONSTER HUNT 2 is nicely crafted using real life scenes and computer-generated graphics. An exciting, funny plot holds the viewer’s attention as the story follows Wuba’s parents on their search for Wuba. However, the use of violence may be inappropriate for younger children. Also, one scene in the beginning has a doctor asking Wuba’s mother about her menstrual cycle. The movie also contains references to males giving birth when it comes to monsters.

(Pa, Ho, B, L, VV, S, AA, MM):
Dominant Worldview and Other Worldview Content/Elements:
Light pagan fantasy worldview with some transgender references to males giving birth and some light moral elements;
Foul Language:
Two obscenities, one scene refers to someone’s face as a butt, one scene of vomiting, and one scene of depicted urinating;
Violence:
Moderate level of action and comical violence includes three fight scenes involving swords, one scene of a man kicking a monster, a woman hits a man over the head with a weapon, scenes of martial arts fighting, people fall, and people are punched and pulled;
Sex:
Light sexual content and innuendo with one monster referring to another as “having a nice figure,” doctor asks female character about her menstrual cycle, and one human says, “Be gentle, it’s my first time” when about to engage in battle;
Nudity:
No nudity;
Alcohol Use:
Alcohol use and two implied scenes of drunkenness both rebuked;
Smoking and/or Drug Use and Abuse:
No smoking or drugs; and,
Miscellaneous Immorality:
Strong miscellaneous immorality includes lying, kidnapping, stealing, revenge, greed, gambling, bad role models, and dysfunctional family elements.

MONSTER HUNT 2 is a family fantasy from China. In the original MONSTER HUNT, baby monster Wuba, the child of a human man and monster queen, quickly finds himself in trouble as both humans and some monsters try to capture him. In this sequel to the original blockbuster, peace still hasn’t been restored in the monster world after the death of the evil monster king who caused a civil war in the monster world. Wuba and the other monsters have moved into the wilderness and built a new village of peace after Wuba was released by his parents, Tian and Lan.

A monster hunter, who’s part of the monster hunting bureau, pays Tian and Lan a visit. Seemingly innocent at first, viewers soon learn this hunter is out for one thing: to find out Wuba’s whereabouts to kill him. When the monster hunter enlists the help of Tian and Lan to track down Wuba, they accompany him. During an encounter with another hunter, Tian and Lan learn they have special powers that, when they think about their baby, Wuba, they can see where he is and what he is doing. They use their powers to locate him at a water tower. They also enlist the help of a weapon fixer at a workshop, who not only sharpens their swords and whip, but also gives them additional weapons to ward off the hunter. They try to get to Wuba before the new monster hunter does, and they are briefly reunited.

However, the monster hunter captures Wuba and demands a large sum of ransom money. Tian and Lan follow the hunter. Wuba is given back to his parents in exchange for the money. The movie ends in a final scene of Wuba and his parents fighting against a slew of monsters, trying to restore peace to their world.

Will peace ever be restored in the monster world? Can Wuba’s parents find him to keep him safe, or will the monster hunter find him first?

The plot is never boring, with monsters disguising themselves as humans throughout the movie, making the audience question whether the character on the screen is really human or a monster. The movie does a great job of mixing computer-generated monsters with live human action and peril, interweaving the two until it’s difficult to tell which is real and which is manufactured. MONSTER HUNT 2 is set in Ancient China, in a mythological world, but there are no references to false religions.

Even so, however, some scenes and content are inappropriate for younger children. For example, one scene in the beginning has a doctor asking Wuba’s mother about her menstrual cycle. The movie also contains lots of action violence and references to males giving birth when it comes to monsters. Finally, MONSTER HUNT 2 contains some scatological comedy and a couple scenes of implied drunkenness, but the drunkenness is rebuked.