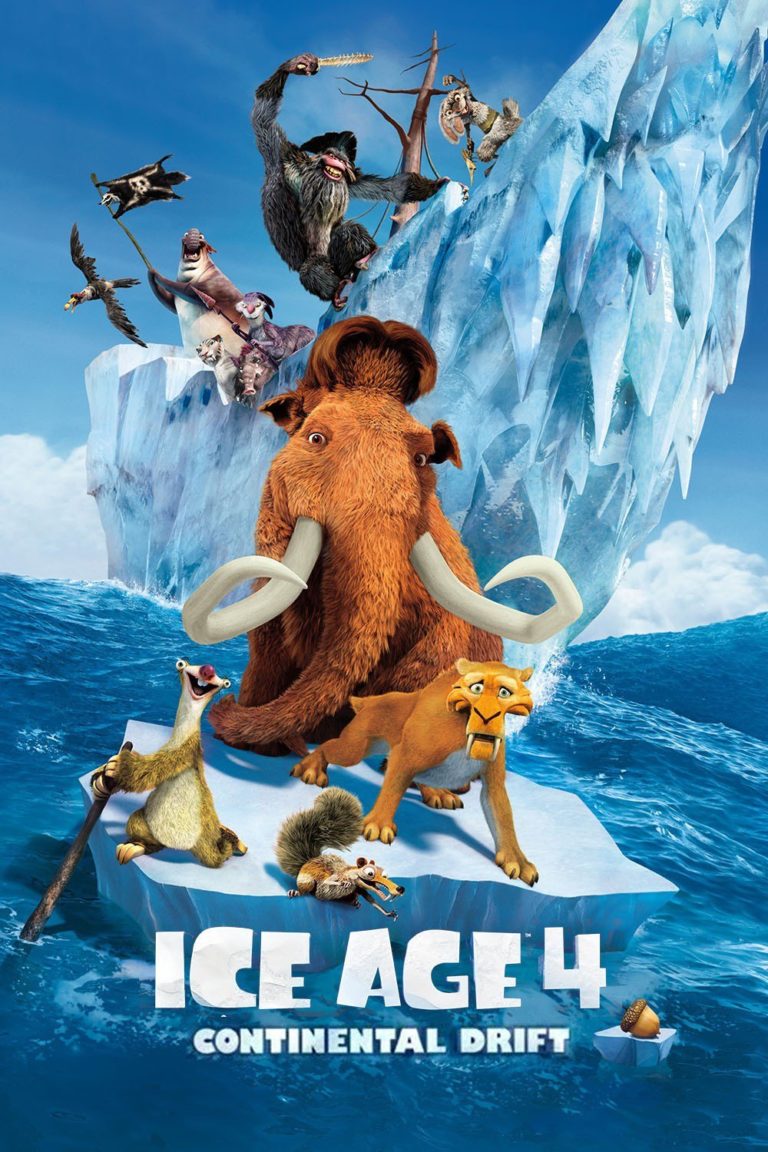 ICE AGE: CONTINENTAL DRIFT is a delightful animated family movie. Manny the mammoth and his wife, Ellie, have a daughter named Peaches. Peaches disobeys her parents in an effort to be popular, but her father promptly disciplines her, much to her annoyance. The continent begins to shift, and Manny is separated from his family. Manny vows he will find them again. While adrift at sea, pirates abduct Manny and his friends, Diego and Sid. They eventually sink the ship and break free. The first mate, a saber-toothed tiger named Shira, joins them because the pirate captain, an ape named Gut, abandoned her. Eventually, after some more adventures, Manny gets home, only to find Captain Gut has captured his wife and daughter. Can Manny and his friends rescue Manny’s family?

ICE AGE: CONTINENTAL DRIFT has a strong message about the importance of family. The production quality of 3D animation is fantastic. The humor is a mix of slapstick comedy and some scatological jokes. The plot jumps once in awhile. This is sometimes confusing. However, the characters are lovable and memorable. Children will laugh, and parents will enjoy CONTINENTAL DRIFT.

ICE AGE: CONTINENTAL DRIFT is a heartwarming film promoting the importance of family relationships. The same original characters are reintroduced including Diego the saber tooth tiger, Manny the mammoth, Ellie the female mammoth, and Sid the sloth. They introduce some new characters, including Louis, a mole hog, Manny’s and Ellie’s daughter mammoth Peaches, Sid’s grandmother, and a female saber tooth tiger named Shira.

ICE AGE begins with a comfortable life. Manny and Ellie have a daughter named Peaches. Manny and Ellie shelter Peaches, who desires to be popular and adventurous. She’s also attracted to a mammoth named Ethan who’s part of the “cool” crowd. She disobeys her parents in an effort to be popular and to meet Ethan. She gets in trouble with her father and says to him, “I wish you weren’t my father.”

With help from Scrat, the prehistoric squirrel, the continent begins to shift, and Manny is separated from his family. Manny promises he won’t stop until he finds them again.

The continental drift forces all the other animals to migrate away from their homes. While adrift at sea on an iceberg, Manny and his friends, Sid and Diego, encounter a pirate ship, run by an ape named Gutt, and his first mate, the saber-tooth tiger Shira. The pirates abduct Manny and his friends. They eventually sink the ship, however, and break free.

Captain Gutt vows revenge against Manny. Shira joins Manny and his friends because Gutt and his crew abandoned her. They all sail to the nearest island. There, they find out that Captain Gutt has enslaved a colony of Hyraxes (hamster-like mammals) to build him a new ship. Manny and his friends devise a plan to steal Captain Gutt’s ship in order to sail home. They befriend a free colony of Hyraxes, who help them get the ship. As they’re escaping Captain Gutt, Shira trips Gut and helps Manny and friends escape with the ship.

ICE AGE: CONTINENTAL DRIFT has a strong message about the importance of family. The production quality of 3D animation is fantastic. The plot jumps once in awhile. This is sometimes confusing, but the characters are lovable and memorable. The humor is a mix of slapstick and scatological jokes mostly appropriate for children.

ICE AGE is a delightful family friendly movie that requires a very slight caution for parents.