OF GODS AND MEN

"The Real God of Love vs. False Pagan Gods" 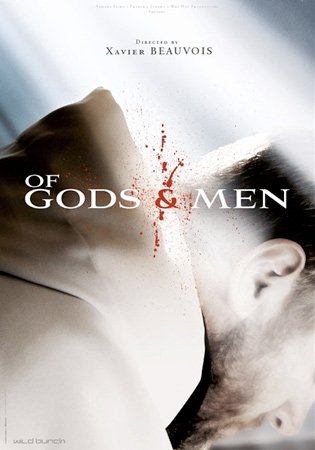 OF GODS AND MEN, a French movie, tells the shocking true story of the murder of a small group of Christian monks in highlands of North Africa in 1996. Opening with Psalm 81, the movie slowly reveals the life of the monks. They help the villagers write letters, treat their diseases, care for their children, grow food for the people, and educate the villagers. During all this, they are constantly warned about the rising jihad movement among Muslims. A group of Muslim terrorists ruthlessly kill and behead some European construction workers. The government officials and the police warn the brothers they need to get out. The brothers struggle with the question of whether to stay.

OF GODS AND MEN is a remarkable achievement. It has a quality of realism that’s unsurpassed. The jeopardy rivets the viewer’s attention throughout the movie. This movie is a wake-up call to western civilization. It clearly contrasts the loving Christian mission and ministry of the monks with the mad cruelty of the Muslims. The monks reflect the love of Jesus Christ even unto death; the Muslims reflect the ruthless brutality of their false prophet.

(CCC, BBB, L, VV, A, M) Very strong Christian, moral, biblical worldview that tells the true story of some Christian monks dedicated to mission and ministry in a remote village in the Atlas mountains of North Africa who were attacked by evil Muslim forces during the Algerian Civil War of the 1990s; three obscenities and no profanities; some very strong violence such as throats slashed, discussions of violence such as girl killed for not wearing a veil, Muslim jihadists machine gun, stab, and kill unarmed people, Muslims terrorize monks; no sex of any kind; no nudity; wine drinking in communion and at neals; no smoking; and, government officials lie and don’t provide protection.

OF GODS AND MEN is a French movie. It tells the shocking true story of the murder of a small group of Christian monks in the Atlas mountain region of North Africa during the Algerian Civil War of the 1990s. The movie clearly contrasts the loving mission and ministry of the monks with the mad cruelty and evil of the Muslims. It should be remembered that Christians were in North Africa for hundreds of years before the Muslims conquered the land by force and brutality.

The movie opens with Psalm 81 and slowly the audience gets to know the Christian brothers. They help the villagers write letters. They treat their diseases. They care for their children. They grow food for the people. They educate the villagers.

During all this, they are constantly warned about the rising jihad movement among Muslims. In the beginning, they are told about a girl killed for not wearing a veil, and even an imam who may have been killed. In the midst of their prayers, worship and chanting, a shocking scene jolts the audience when a group of Muslim terrorists ruthlessly kill some European construction workers. They even round up some of them so they can take pleasure in cutting off their heads.

The government officials and the police warn the brothers they need to get out. The brothers struggle with the question of whether they should stay or not. Eventually, after much prayer, they decide to stay. They even give medical care to one of the Muslim terrorists. By staying, they know their fate is sealed.

This movie is a wake-up call to western civilization. The unrelenting advance of Islam on helpless and loving people continues to this day. Their so-called god is the delusional ravings of a child molester who loved killing people with his own sword.

The monks manifest the best in Christian civilization – medicine, education, music, kindness, hospitality, building construction. They are people who build civilization because they serve the Creator God, and they are created in His likeness. They manifest His love because the Creator God is the God of love, and Jesus died for his enemies rather than kill them, so He could save them by burying their sins in his body. Each one of these monks manifests in a visible way this love of Christ, even unto death.

OF GODS AND MEN is an amazing achievement. It’s not structured like an American movie. Much of it is like a documentary. It has a quality of realism that is unsurpassed. It’s the jeopardy that rivets the viewer’s attention throughout the movie. Sometimes, the tension is almost unbearable knowing the fate that awaits these loving men of God.

Although there’s some Universalist language at one short point, the very lives and sacrifice of these men refutes that. And, the overwhelming witness of the movie is Christian, with many discussions of the nature of God and the salvation offered in Jesus Christ.

OF GODS AND MEN is one of the most important movies of the 21st Century.

Rent or Buy OF GODS AND MEN: