"You’re Never Alone, If You Have Friends" 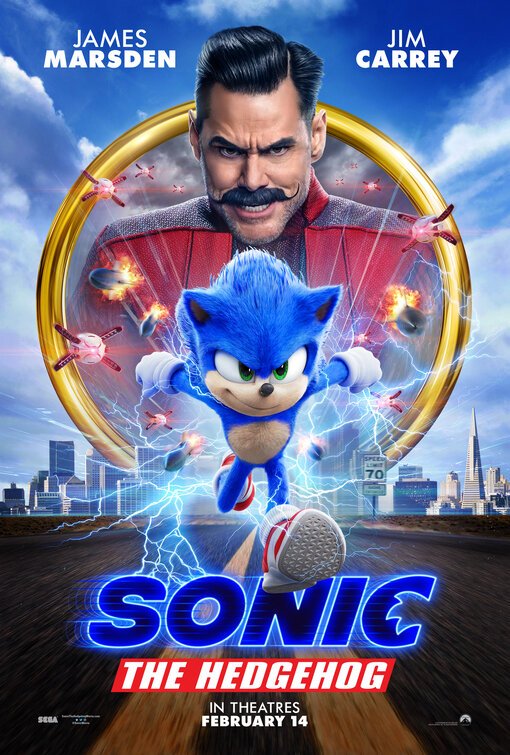 Moral Values Take the Lead in SONIC THE HEDGEHOG

SONIC THE HEDGEHOG is a delightful, funny, heartwarming family comedy.

Posted by Movieguide on Saturday, February 22, 2020

SONIC THE HEDGEHOG is a comedy based on the beloved character from Sega Video Games. Sonic comes to Earth to escape those who want to steal his speed. One day, Sonic’s super-speed produces an electric current that turns off the electricity for the entire Pacific Northwest. Sonic teams up with a local police officer named Tom to run away from an evil doctor the government hired to find the source of the outage. Now, Sonic must go to another planet for safety. However, as Sonic gets to know Tom and Tom’s wife, he starts to think he can’t leave Earth just quite yet.

SONIC THE HEDGEHOG is a delightful, funny, heartwarming family comedy. It has a strong moral worldview that stresses friendship, protecting others and going out on a limb to help a friend in need. The movie also extols the commitment of marriage and overcoming the chaos of each season with your spouse. The humanist, narcissistic villain relies heavily on science and massages his own ego by thinking his technological achievements make him better than everyone else. SONIC THE HEDGEHOG is a fun, uplifting family movie.

(BB, C, H, Ev, L, V, A, M):
Dominant Worldview and Other Worldview Content/Elements:
Strong moral worldview with emphasis on loyalty, sticking together in marriage even when people unjustly want someone apart, making friends and standing up to meanness, and a character thanks God, with light humanist elements where narcissistic villain relies heavily on science and massages his own ego by thinking his technological achievements make him better than everyone else and a mention of evolution
Foul Language:
One “h” word, six light profanities (mostly OMG), one “what the heck,” a character begins to say SOB but trails off, two uses of “butt”
Violence:
Some action violence such as characters get pushed off a building but end up safe, tranquilizer gun misused and ends up hitting title character, lasers shoot vehicles, one scene with a bar fight that knocks out someone’s tooth, drink thrown at character’s face
Sex:
No sex, but a married couple kisses on the lips
Nudity:
No nudity, but men’s underwear shown in a packed bag
Alcohol Use:
Adults characters have wine and beer socially, one scene in a bar, but no drunkenness depicted
Smoking and/or Drug Use and Abuse:
Vet uses smelling salts to wake up Sonic after he gets injured, and a character jokes that drug deals happen inside telephone booths; and,
Miscellaneous Immorality:
Female character tries to convince her sister to divorce her husband, but her efforts are obviously futile, name-calling, and passersby think married couple is keeping their child in a backpack when really it’s a disguise.

SONIC THE HEDGEHOG is a delightful, family-friendly movie based on the beloved character from Sega Video Games. Sonic comes to Earth to escape those trying to steal his speed. One day, Sonic’s super-speed channels an electric current that turns off the electricity for the entire Pacific Northwest. Sonic teams up with a small-town police officer named Tom to run away from an evil doctor the U.S. government hired to find the source of the outage. SONIC maintains a strong moral worldview that stresses friendship and merits light caution for some action violence and light but brief foul language.

SONIC begins as Sonic runs through the streets of San Francisco to evade Dr. Ivo Robotnik. Sonic stops the action to tell viewers he has to start from the beginning. Cut to Sonic’s early days on a faraway planet. A female Owl takes care of Sonic in his youth until one day, news breaks of his super-speed. The owl gives Sonic a bag of rings that will transport him to far away planets for his safety. The owl meets her end at the hand of the characters that pursue Sonic, who’s now on his own.

Cut to a rural town in Montana. Tom Wachowski, a local police officer, is bored by the lack of action in his town. When he comes home from a day’s work, he discovers he just has one step left in the process to qualify for a transfer to the San Francisco PD. His wife, Maddie, is excited about their new adventure.

Meanwhile, Sonic is now on Earth, in the same town as Tom, but he’s lonely. When he plays a solo baseball game, he runs so fast that he takes out the entire power of the Pacific Northwest because he channels electricity through his speed. The U.S. government takes notice and calls on Dr. Ivo Robotnik to find the source.

At home, Tom readies a tranquilizer gun to stun some pest racoons in his trash when he accidentally shoots Sonic, who was about to use one of his rings to a planet full of mushrooms to remain incognito. Unfortunately for Sonic, his rings fall through the portal and into San Francisco because of the text on Tom’s t-shirt that Sonic read when he was preparing to leave. After Sonic wakes up and barely avoids Dr. Robotnik, Tom agrees to help Sonic travel to San Francisco and get his rings.

Sonic is grateful to have a partner and his speed comes in handy during most parts of their trips. During this time, Sonic creates his first bucket list and begins to cross off things on the list. In doing so, he uncovers that he might not want to leave Earth just yet.

SONIC THE HEDGEHOG is delightful. Jim Carrey makes the perfect supervillain. James Marsden is convincing as a small-town cop who hopes to venture to the big city. Humorously, SONIC is jam-packed with funny pop culture references and other similar things that serve as fun nuggets to amuse teenagers and adults.

SONIC THE HEDGEHOG maintains a strong moral worldview with an emphasis on friendship, protecting others and going out on a limb to help a friend in need. Sonic didn’t know how lonely his life was until he found some friends. The movie also extols the commitment of marriage and overcoming the chaos of each season with your spouse. The movie has some light humanist elements where the villain relies heavily on science to bolster his own narcissism and thinking his technological achievements make him better than everyone else. SONIC THE HEDGEHOG is a fun, uplifting family movie. MOVIEGUIDE® advises a light caution for some light foul language and action violence.