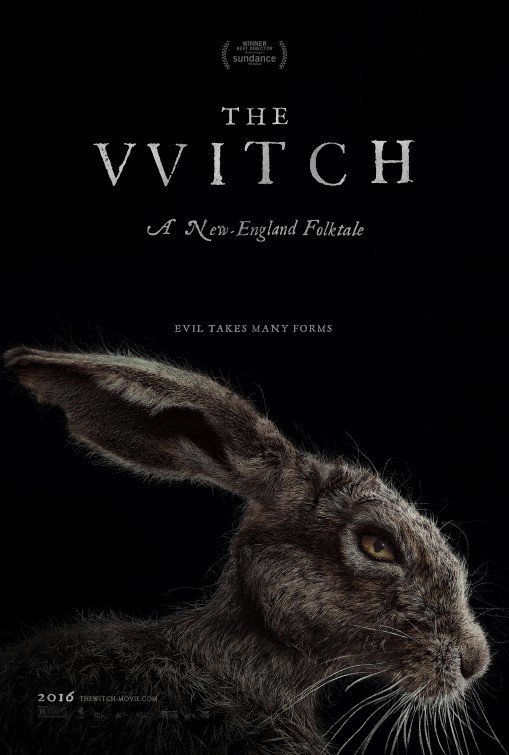 The horror movie THE WITCH opens with a Puritan man named William defending his family against unspecified charges of witchcraft brought by his village court. Despite William’s protestations, he and his family are thrown out of the village and forced to settle down on a barren stretch of land next to ominous woods. He warns the children not to set foot in the woods, but that changes when the baby disappears. William and his only son go searching for the baby, but more disturbing events begin to happen. Eventually, the parents become unhinged as their children exhibit increasing signs of demonic possession.

THE WITCH presents all this scary stuff with slowly building, yet disturbing, tension. The level of tragedies befalling these believers as their world falls apart is stunning. So, one might think the movie will ultimately sympathize with them. Nothing could be further from the truth, however. THE WITCH ends with a coven of demonic witches killing off the family except for the teenage daughter, who joins the coven. THE WITCH has a strong occult worldview with incredibly strong anti-Christian elements.

(OOO, AbAbAb, PaPaPa, C, B, L, VVV, NNN, MMM) Very strong occult worldview involving witchcraft and demonic possession with strong anti-Christian elements and extreme pagan tones about a Puritan family banished from their community for vague charges of witchcraft, who are beset by a witch and demonic forces after they resettle near some scary woods, though the parents try to battle the demonic forces with prayer, but their prayers prove fruitless; light possible foul, blasphemous language in a couple intensely disturbing scenes where several people are crying out to God at once, but it’s difficult to discern if some of the cries are mocking God rather than calling on His help; increasingly disturbing, very strong violence as more and more terrible things happen to the family including teenage daughter accused of being a witch verbally threatens the life of her younger sister and nearly chokes her to death to keep her from telling on her for her admission that she has an interest in witchcraft, a hideous black goat with giant horns that the family owns attacks the devoutly Puritan father twice and the second time gores him before knocking over a giant pile of wood that crushes him to death, a baby disappears when the teenage daughter plays peek-a-boo with it and is later shown naked and being touched in a creepy way by a naked witch (although no genital contact is shown), three young children exhibit growing signs of disturbing behavior before uncontrollably shaking and dying when forced to pray against demonic possession, and father (despite having the best of intentions in fighting evil) appears to become mentally unhinged as the movie progresses and exhibits disturbing levels of anger towards his unruly children; strong disturbing perversity when naked baby is touched in creepy way by naked witch, and a reference to incestuous desires when there’s a quick moment of eye contact that seems to imply the hormonally budding pre-teenage boy eyes his older sister’s cleavage lustfully as she gives him a strangely alluring look in return; rear female nudity and side female nudity as a filthy, long-haired witch appears to sacrifice baby, and upper and rear female nudity when teenage girl strips naked and flies off with a coven of witches that she eventually joins; no alcohol; no smoking or drugs; and, teenage girl is deceptive, children act weird due to demonic possession, and parents lose their minds to anger and fear.

THE WITCH is a stark, almost documentary-style depiction of mysterious evil circumstances that befall a Puritan family after they are banished from their community and resettle near some intimidating, scary woods. THE WITCH has a strong occult worldview with an incredibly strong anti-Christian bias and extreme pagan undertones.

The movie opens with a Puritan man named William (Ralph Ineson) defending his family against unspecified charges of witchcraft brought by his village court. Despite his protestations his family is innocent, they are thrown out of the village and forced to settle down on a barren stretch of land with ominous woods in the background.

The children are warned not to set foot in the woods, but the family quickly has to do so after their baby disappears in a split-second when the teenage daughter, Thomasin (Anya Taylor-Joy), plays peek-a-boo with him. The baby is seen by viewers being subjected to a disturbing ritual at the hands of a witch, but the family has no idea what has happened to the baby.

As William and his only son, Caleb (Harvey Scrimshaw), go in search of the baby, they find that their animal traps keep getting set off by someone before the traps can catch anything. Family tensions mount as the land they live on turns out to be worthless for growing crops. Soon, the teenage daughter’s response to the tension appears to be more and more mysterious and evil, with her siblings accusing her of engaging in witchcraft.

As Thomasin strives to keep her reputation unblemished, ever more strange and evil occurrences happen. William and his wife become slowly unhinged by seeing so much evil. Soon, demonic possession and worse beset the family.

THE WITCH presents all of this scary stuff with slowly building, yet highly disturbing, tension. Writer/Director Robert Eggers clearly has talent in setting up a strong mood and setting, and the performances are convincing across the board.

However, THE WITCH is a movie that’s evil to its core. The level of tragedies befalling these believers as their world falls apart is stunning. So, one might think the movie will ultimately sympathize with them or show them defeating the growing demonic evil around them.

Nothing could be further from the truth, however. (SPOILERS FOLLOW) THE WITCH devolves into a horrific series of final events before winding up with the revelation that Thomasin is indeed a witch. The movie ends with her laughing and smiling as her clothes fall off her, and she goes for a celebratory flight with the rest of her coven of witches. (END SPOILERS).

There is nothing of value for media-wise viewers to see in THE WITCH. In fact, all moviegoers are advised not to allow THE WITCH to pollute their minds either. THE WITCH is a strong candidate for the most offensive movie of 2016.