ANNE WITH AN E 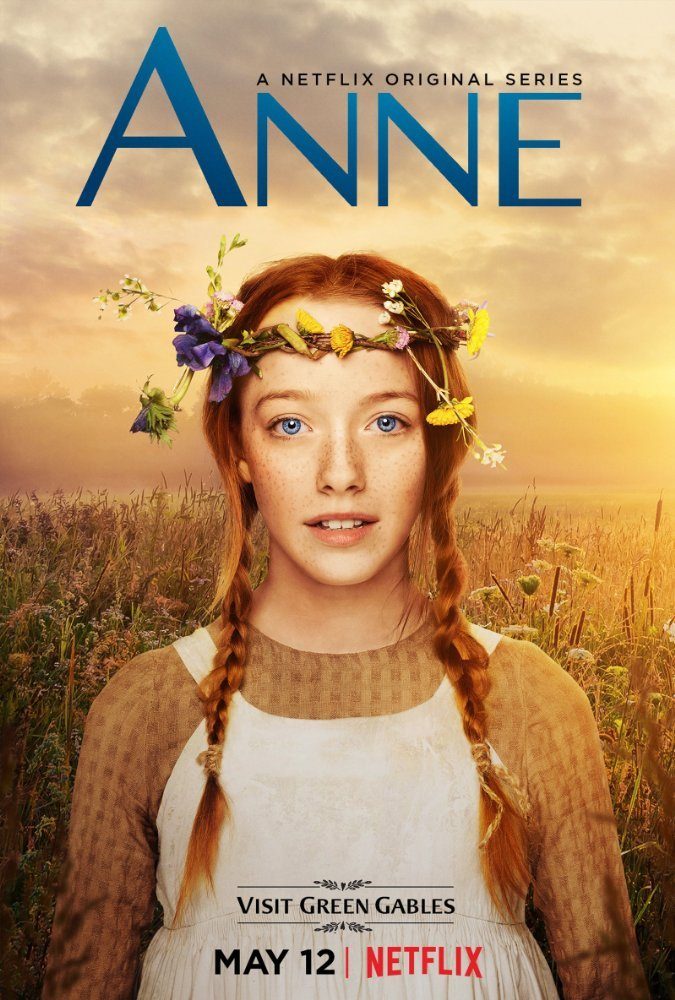 Set in the early 1900s, ANNE WITH AN E reimagines the charming world of Lucy Maud Montgomery’s enduring book ANNE OF GREEN GABLES. Siblings Marilla and Matthew Cuthbert are growing older and need help taking care of their beloved family farm, Green Gables. Against the advice of their neighbors, they send to the orphanage for a boy who can help Matthew with the farm chores. However, when Matthew arrives at the train station, an imaginative, precocious, red-headed girl named Anne is waiting. As Matthew and Marilla get to know the odd, independent young woman, they begin to bond with her.

ANNE WITH AN E is the story of a bright young girl finding a family and coming of age. It’s a visually stunning series, with compelling characters and dialogue and only an occasional anachronistic line. It portrays Christianity and family in a positive light, but contains some Romantic, feminist elements. There are also some innuendoes about the birds and the bees, plus some challenging themes about harsh treatment and bigotry against orphans. So, MOVIEGUIDE® advises caution for ANNE WITH AN E.

ANNE WITH AN E reimagines the charming world and characters of Lucy Maud Montgomery’s enduring classic, ANNE OF GREEN GABLES. It retains the Christian, moral flavor of the original novels and books, but adds some Romantic, feminist elements and some darker material to increase psychological conflicts.

Siblings Marilla and Matthew Cuthbert are growing older, and are starting to need help taking care of their beloved family farm, Green Gables. Contrary to the advice of their neighbors, they send to the orphanage for a boy who can help Matthew with the farm chores. However, when Matthew arrives at the train station, an imaginative, precocious, red-headed girl named Anne is waiting for him. As Matthew and Marilla get to know the odd, independent young girl, they bond with her.

Anne, who had a troubled childhood hopping from house to house, some of which were abusive, is overwhelmed with joy at finally having a family of her own. However, her unique personality, and her harsh background, make it hard for her to fit in to the polite, proper society she finds in Avonlea. Through adventures, misadventures, misunderstandings, and clashes of will, Anne, the Cuthberts, and the entire town of Avonlea are transformed by the love of family and the understanding that comes with accepting people who are different.

ANNE WITH AN E has a strong focus on love between family members. Though the system of adoption practiced in the time period of ANNE WITH AN E is not the same one we use today, the adoptive family is portrayed honestly and beautifully, and becomes a loving, tightly knit unit. The culture the characters are set in is primarily Christian, so the Bible is referenced in nearly every episode. Also, prayer is extolled, Jesus is mentioned, the birth of Jesus is celebrated at Christmas, and people sing Christmas carols. Usually, the program portrays Christianity in a positive light, as something that brings comfort and meaning to life. The only exception to this is the priest, who expresses some thoughts about women in the home that the program’s feminist elements reject.

As with every iteration of ANNE OF GREEN GABLES, ANNE WITH AN E has a Romantic element. Anne is an independent young girl, who seeks to take her own, unique path through life. She frequently challenges the norms of her society, and follows her dreams and imagination rather than other people’s expectations. This Romantic element is tinged with some feminist elements.

The cinematography and landscape in ANNE WITH AN E are strikingly beautiful, and the actors are likable and compelling. The show’s intro features a modern pop-style song, however, which is very confusing and doesn’t seem to fit with the tone of the series. Every once and a while, one of the characters will make an anachronistic sounding statement, but overall, the dialogue is pretty consistent.

One of the main critiques from fans of previous productions of ANNE OF GREEN GABLES is that ANNE WITH AN E is too dark. This series tries to take a more realistic approach to the struggles of discrimination and abuse that an orphan girl might face at the turn of the century on Prince Edward Island. Anne lives with horrible memories from her past, and bigoted opinions of the people around her in her present. However, the series does have a forward thrust, and many of those issues are redeemed through Christian culture, family bonds and community friendship.

ANNE WITH AN E is the story of a bright young girl finding a family and coming of age at the turn of the century. Caution is warranted for some frightening sequences and challenging themes of abuse, bigotry and the struggles of puberty. This program is intended for young people ten and up, and probably isn’t appropriate for younger audiences. However, for older children, ANNE WITH AN E can be a catalyst for some great discussion about family, history, growing up, and the role of God in daily life.

CONTENT:  (CC, BB, Ro, Fe, Ho, V, S, M) Strong Christian, moral worldview with overt references to Scripture, God, Jesus, and Christmas (including Christmas carols), mitigated by some Romantic, feminist elements and some innuendoes about female menstruation and making babies in a couple episodes, plus one episode with light homosexual implications intimates two older female friends may be romantically involved; no foul language in first season episodes; some violence throughout first season includes Anne flashes back to being physically and emotionally abused at previous house, she is whipped with a belt, man falls down and has a heart attack, man accidentally gets between two carriages, and his head crashes against a window, intense fire sequence where Anne is put in danger, criminals beat and rob a man, man who suffered a financial setback contemplates suicide; people are upset with girl who gives a fanciful description of intimate relations between men and women by saying men have a “mouse” in their pocket, euphemistic talk about female menstruation, and light lesbian implications in one episode; no alcohol use, but girls says she knew a man who was a drunkard; no smoking or drugs; and, lying, gossip, bullying, bigotry but often rebuked, plus priest expresses some thoughts about the woman’s place being in the home that the program’s narrative seems to reject.

Writer: BASED ON THE NOVEL: ANNE OF GREEN GABLES by Lucy Maud Montgomery, SCREENPLAY BY: Antonio Ranieri, Moira Walley-Beckett