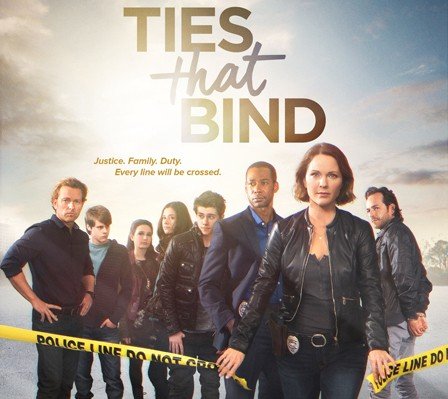 The pilot episode of TIES THAT BIND, from UP TV, introduces a married female police detective who takes in her criminal brother’s two children while solving an armed robbery involving two troubled young people. The pilot episode for TIES THAT BIND shows great promise and extols family, faith, justice, love, and other positive Christian, biblical values.

(BBB, CC, V, M) Very strong moral worldview with strong Christian, redemptive elements extolling family, justice, prayer, faith, parental guidance, compassion, love, and self-control; no foul language; some violence and effects of violence include teenage girl threatens father with gun while armed policeman stands by ready to stop her, young man has bloody wound in stomach, girl has gunshot wound in upper thigh, angry teenager, armed robbery crime scene; no sex but unmarried teenager is pregnant; no nudity; no alcohol; no smoking or drugs; and, angry, rebellious and resentful teenager along with some other family strife, but the goal is to fix the problems.