THE NEXT STATION IS LOVE 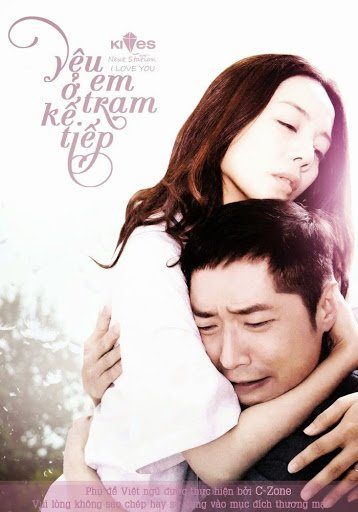 THE NEXT STATION IS LOVE is the first Christian movie released throughout mainland China. It’s a powerful portrayal of a young married couple in love. The story opens with Peter and Tracy having normal marital squabbles. A doctor, Tracy is pregnant and wants a little girl. Gloria, their healthcare advisor, gets Tracy a job in a hospital cancer ward. One day, Gloria tells them Tracy has a severe form of cancer, so now she’s a patient in the very same ward. After a difficult operation, Tracy’s doctor says she lost the baby and has only two months to live. Peter and Tracy go through all emotions people experience when confronted by such tragedy.

THE NEXT STATION IS LOVE is emotional and true-to-life. The Gospel is woven expertly into the story. The audience learns the depth of the Good News though Peter and Tracy’s struggles. The directing and acting are very good. Parts are like a Chinese soap opera, but the overall movie is a powerful testimony. There are several obscenities and a wine-making scene. Otherwise, THE NEXT STATION IS LOVE is clean and compelling.

(CCC, BBB, L, V, A, M) Very strong Christian worldview, with evangelical elements, abut a married couple growing closer through tragedy; four obscenities; woman is dying of cancer; no sex; no nudity; minor alcohol use; no smoking or drugs; and, marriage is in crisis but it goes to selfless love.

The first Christian movie to be released throughout mainland China is THE NEXT STATION IS LOVE, a powerful dramatic portrayal of the love story of a married couple, Peter and Tracy.

At the beginning of the movie, Peter and Tracy are having normal marital squabbles. Mary is pregnant and wants a little girl. Peter wants three or four children. Gloria, their healthcare advisor, gets Tracy, who is a doctor, a job in the cancer ward of a local hospital.

One day, Gloria tells Peter and Tracy that Tracy has a severe form of cancer, so now she’s a patient in the very ward where she worked. After a long, difficult operation, Tracy’s doctor says she has two months to live, and she’s lost the baby.

Peter and Tracy go through all the mood swings everyone experiences when confronted by horrible physical tragedy. Tracy, however, begins to grow in Christian faith through an ex-prisoner who’s a hospital janitor, whom everyone calls Pastor Chan. In prison, Pastor Chan immersed himself in reading the Bible. His daughter, Kay, is also on death row in the cancer ward.

Tracy moves totally and subtly from selfishness and self-interest to selflessness, even wanting to find a wife for Peter after she dies. Peter moves from businesslike to a realization that Tracy is the only love of his life.

THE NEXT STATION IS LOVE is a very poignant, emotional, true-to-life movie from China. The Gospel is woven into the story in such a way that the audience learns the depth of the Good News though the struggles of Peter and Tracy. The directing and acting are very good. Some of the movie is lighthearted and a little bit like a Chinese soap opera, but the overall movie is a powerful testimony to faith. At the end, there’s documentary footage of the real Peter and Tracy, which will touch everyone’s heart.

In the early stages of the movie, Tracy uses four obscenities. Also, celebrating their first anniversary together, they go to a vineyard and make wine. Other than that, THE NEXT STATION IS LOVE is clean and compelling.