Actor Ray Liotta Talks Honestly About Faith: Behind the Scenes of THE IDENTICAL 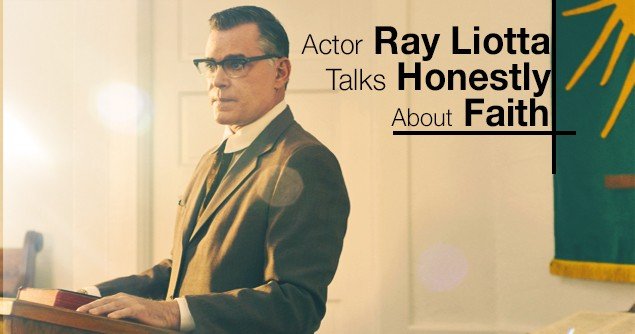 Behind the Scenes of THE IDENTICAL

New in theaters is the faith based movie THE IDENTICAL starring well known Hollywood actors Ray Liotta, Ashley Judd, Seth Green, and Joe Pantoliano as well as musician turned actor Blake Rayne who was interviewed separately. It’s a period drama centered on a young man with incredible musical talent who has an identical rock-star brother he doesn’t know.

Ray Liotta (GOODFELLAS and NARC) plays the passionate preacher and compassionate, though strict, father of the main character. In an exclusive interview with Movieguide®, he told how he got the role and discussed his own personal struggle with faith.

“There was a script that my agent told me they were sending to me,” Ray explained. “I had gone to bed and forgot that it was outside. I woke up in the middle of the night, I remembered the script was outside, I said, “Let me go get the script” because I didn’t want the sprinklers to get it wet. I couldn’t fall back asleep, so I said, why don’t I just look at this and see if it grabs me.

“Sure enough, it grabbed me and hooked [me] from the first page to the end. 4 o’clock that morning I finished the script.”

Ray also explained why the script touched him emotionally.

“I was emotional [about it],” he related, “because I was adopted. It made me understand things from my dad’s point of view and not from the adopted kid point of view. I immediately started texting my agents and managers saying this is it, I’m in. It just grabbed me.”

Joking that it was refreshing to finally play a character where he wasn’t killing someone, Ray (who grew up in the Catholic Church) readily admitted that he “wants to believe,” but isn’t “hook line and sinker” sold.

“To this day, I still pray,” he admitted, however. “Some days, you’ll listen to a bunch of scientists on some television show, and say, ‘There’s no way someone just said boom here it is.’ But yet, I still believe there’s gotta be something. I don’t know, did we really just crawl out of the sea?”

Concerning his role as the father/preacher in THE IDENTICAL, Liotta feels confident in his performance and in the story.

“I think I pulled it off,” he added. “It wasn’t didactic, it wasn’t hitting people over the head. That was really the writing. I just submitted to what they wrote. My instincts were right. Dustin [Marcellino, the director] hadn’t directed anything before. This was his first movie, other than music videos. We Skyped. I just got a sense of who he was. He’s a faith-based person, and it really helped me and definitely opened something up in me that wasn’t there before.”

Because of Liotta’s reputation for playing less than admirable characters, we asked him, if any of his past characters needed to sit through a sermon by Preacher Reece (his character in THE IDENTICAL), who would that be?

Jokingly playing along, Liotta said. “I don’t think I can pick one, I play such horrible people. I would say the guy that I played in UNLAWFUL ENTRY. He should sit down for a sermon.”

Read the full review for THE IDENTICAL.