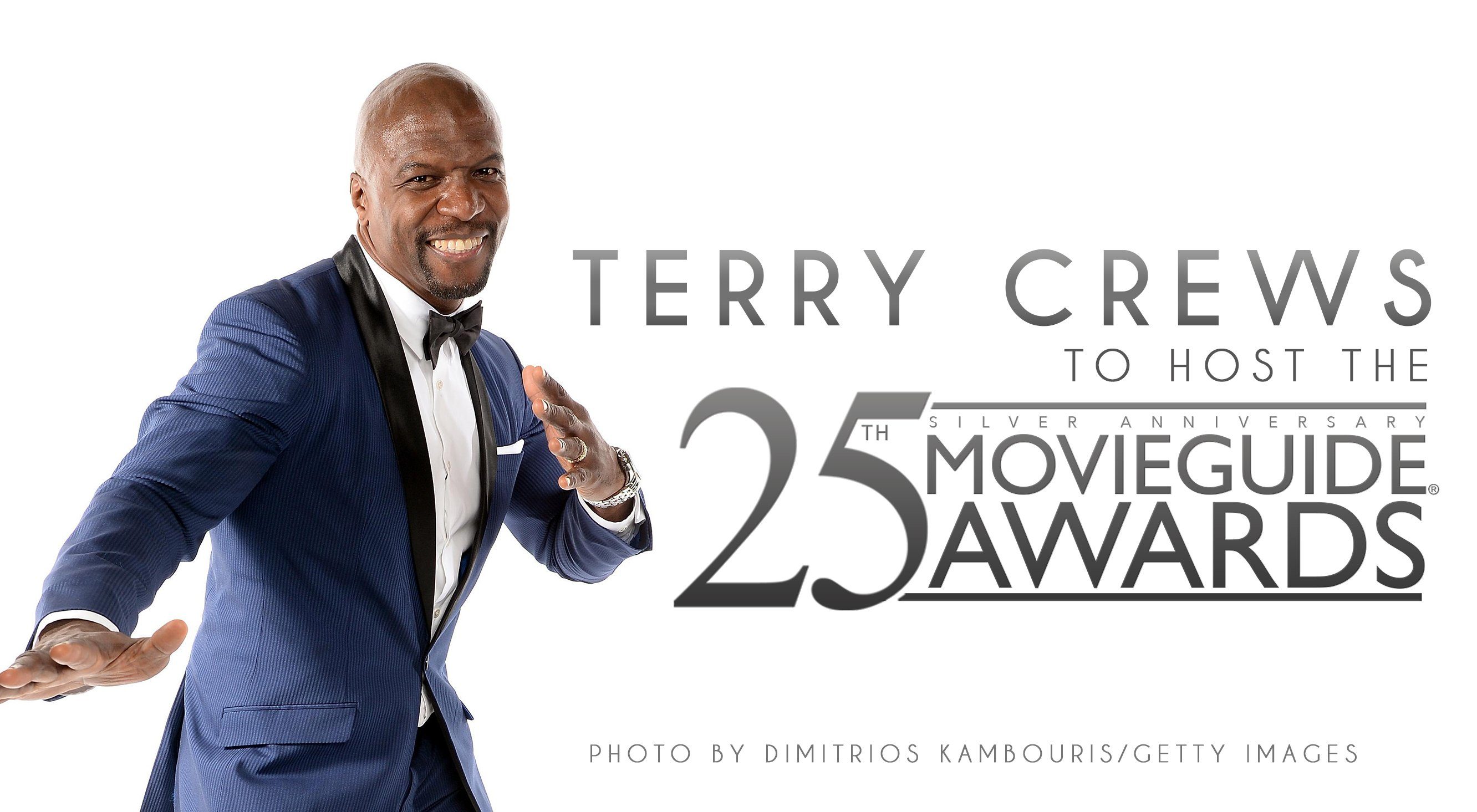 Actor Terry Crews will bring his formidable strength in comedy to host the 25th Annual Movieguide® Awards, the largest faith and value’s awards show in the country. Movieguide® is the go-to source for movie reviews for families, and the Silver Anniversary of the Movieguide® Awards will give viewers an opportunity to see the brightest movies from a faith audience perspective.

Terry Crews stars on Fox’s hit TV comedy BROOKLYN NINE-NINE and is also well known for his role in the EXPENDABLES franchise.  He’s also the author of the best-selling book “Manhood”, described as a “wise and warmhearted memoir chronicling his lifelong quest to become a good man, loving husband, and responsible father.”

Family and child advocate Dr. Ted Baehr, Founder and Publisher of the top Family movie review resource, Movieguide®, made the announcement today. “We’re absolutely thrilled to have Terry host the Movieguide® Awards, which means so much to millions of families across the country,” Ted Baehr stated. He continued, “Terry’s commitment to family, both on and off the screen makes him the perfect host for a movie awards show.”

Movieguide®’s Annual Faith & Values Awards Gala honors directors, producers, writers of the best, most family-friendly movies and television programs of the year. At the Awards, Dr. Baehr presents highlights from Movieguide®’s Annual Report to the Entertainment Industry, a comprehensive financial analysis of the movie business showing what kinds of movies and what kinds of movie content moviegoers favor the most with their hard-earned money.

Last year, an InspireBuzz/NRG survey of parents showed that Movieguide® is what 1 in 3 parents use to choose what movie they watch. Making it the largest family review service.

The 25th Annual Movieguide® Awards will take place at the Universal Hilton Hotel in Los Angles February 10th.  A one-hour presentation of the Faith & Values Awards will be telecast Easter Sunday, April 16, on the REELZChannel.