DO YOU BELIEVE? Creators of GOD’S NOT DEAD Release Trailer to Follow-Up Movie About Faith 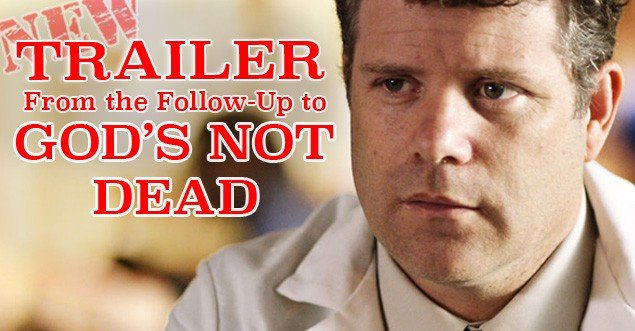 Following on the success of GOD’S NOT DEAD, the hit movie’s maker, PureFlix, has released the trailer for a follow-up movie, DO YOU BELIEVE.

The movie, set to debut next spring, follows a dozen people as their lives intersect around one important question, “Do you believe in God?”

The trailer includes shots of Sean Astin playing Dr. Farrell, who questions the existence of miracles and attributes his patients’ recoveries to his medical expertise. Meanwhile, the trailer then shows families seeing their loved ones healed from seemingly incurable diseases, believing that God worked miracles. The trailer also features a pastor who’s transformed one night by a street preacher who challenges him to do greater things with his belief in God by showing him the cross of Christ.

The movie, directed by Jonathan M. Gunn, follows in the footsteps of the 2014 movie film GOD’S NOT DEAD, which grossed more than $60 million on only a $2 million budget.

Representatives from PureFlix are excited about the release of the trailer.

“We have anticipated releasing the trailer for DO YOU BELIEVE? to audiences,” said David A.R. White, an actor, producer and founding partner of PureFlix in an interview with the Christian Post, “as so many have been looking forward to this project as the follow up release to GOD’S NOT DEAD.

“It is our hope that the film’s compassionate and convicting message will create the same passion and conviction that GOD’S NOT DEAD did for audiences,” White added.

GOD’S NOT DEAD writers Chuck Konzelman and Cary Solomon have returned to write the script for DO YOU BELIEVE? The Newsboys song, “We Believe”, is also expected to appear in the movie, according to the Christian Post.