Ben-Hur: The Story Behind the Book that Inspired the Movies 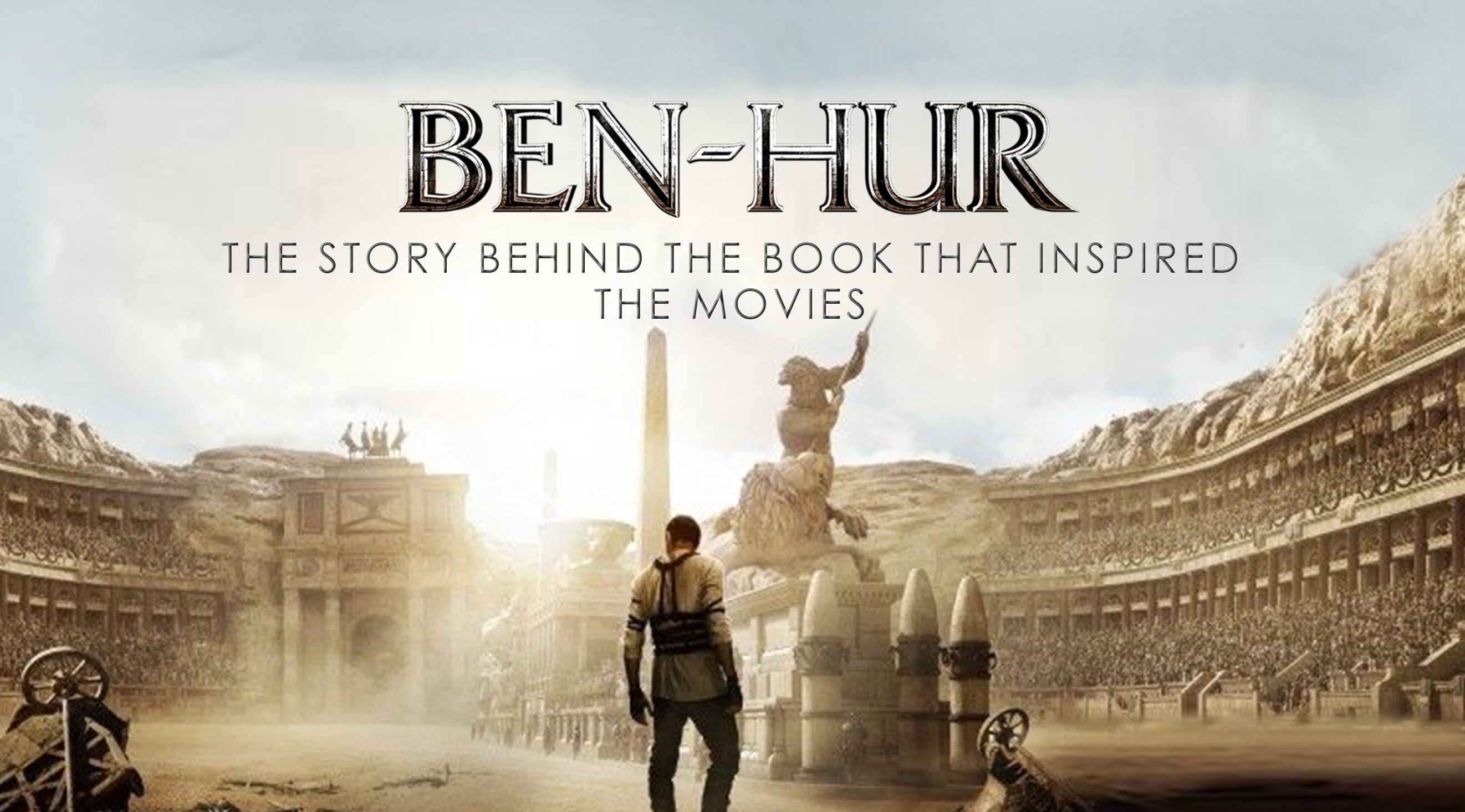 Ben-Hur: The Story Behind the Book that Inspired the Movies

A remake of Ben-Hur movie is about to hit the movie screens. What’s fascinating to me is the story behind the book, which has also inspired two previous movies—the 1925 silent version and the 1959 movie-of-the-year, starring Charlton Heston. That version won 11 Oscars, more than any other movie before it and has only since been tied by Titanic (1997).

I have not yet seen the new Ben-Hur, but I look forward to it and am glad that it comes highly recommended by some Christian leaders.

Did you know that the subtitle of the best-selling 1880 book by Lew Wallace is: “A Tale of the Christ”? I own a copy, which was re-released in 1959 to coincide with the Charlton Heston movie. The book’s back cover reads: “Ben-Hur: nobleman, galley slave, chariot racer, follower of Christ.”

After the title page of the book and before the content begins is this quote from John Milton’s Christ’s Nativity: The Hymn:

“But peaceful was the night

“Wherein the Prince of Light

“His reign of peace upon the earth began;

“The winds with wonder whist

“Who now hath quite forgot to rave,

“While birds of calm sit brooding on the charmed wave.”

But what’s the story behind the book? It didn’t begin as a Christ-honoring work at all. According to writer E. A. Rowell, Ben-Hur was initiated as an attempt to demote Christianity.

In the latter half of the 19th century, one of America’s best known unbelievers, Robert Ingersoll, was talking with a friend, General Lew Wallace, about theology. They both agreed Christianity was nonsense.

Ingersoll encouraged Wallace, since he was a writer, to take up the pen and debunk Christianity once and for all by showing it rested on a weak foundation and by showing the fallibility of Jesus Himself. Wallace agreed to take up the challenge.

But his research into the historicity of Christianity led him to come to see that he and Ingersoll had been wrong and that indeed the Christian faith was based on solid historical fact. He wrote a book all right, but it wasn’t the kind he initially set out to write.

Dr. D. James Kennedy said of Wallace’s novel: “He wrote the book. It became a gigantic success….Ben Hur. It didn’t present Jesus as a mere man, but as the pine Son of God come from heaven to redeem mankind, including the general, General Lew Wallace, the skeptic turned believer.”

Understandably, the films play up the fast-paced, exciting chariot race scene. But there’s much more in the original book about Jesus.

Even in the 1959 movie, the death of Christ is the key to the resolution to one of the main conflicts in the story—how title character Judah Ben-Hur’s sister and mother are healed of leprosy because of the crucifixion. They had contacted leprosy while wasting away unjustly in a Roman prison.

In the novel, Wallace says this about the dread disease: “To be a leper was to be treated as dead—to be excluded from the city as a corpse…afraid to die, yet without hope except in death….”

In the book, he places their healing on the original Palm Sunday, when Christ makes His triumphal entry into Jerusalem. The two leprous women see His public appearance as their only chance to reach Him for healing.

As Jesus is passing by, they cry out for His help. When the crowd sees these lepers, they in turn cry out, “Stone them!” “The accursed of God! Kill them!”

But Jesus stops to face the women, who say, “O Master, Master! Thou seest our need; thou canst make us clean. Have mercy upon us—mercy!” They also say to Him, “Thou art he of whom the prophets spake—thou art the Messiah!” And Jesus heals them.

Also in the book, one character says of Christ’s reign: “There is a kingdom on the earth, though it is not of it—a kingdom of wider bounds than the earth—wider than the sea and the earth, though they were rolled together as finest gold and spread by the beating of hammers. Its existence is a fact as our hearts are facts, and we journey through it from birth to death without seeing it; nor shall any man see it until he hath first known his own soul; for the kingdom is not for him, but for his soul. And in its dominion there is glory such as hath not entered imagination…”

Thus, Lew Wallace’s novel, Ben-Hur, glorifies Jesus Christ and is a far cry from Ingersoll’s original vision. As the book of Proverbs notes, “There is no wisdom, no insight, no plan that can succeed against the Lord.”