Christian Scholar Ted Baehr Will Speak This Week on Family Values and the Hollywood Entertainment Industry to World Leaders at World Congress of Families in Budapest, Hungary 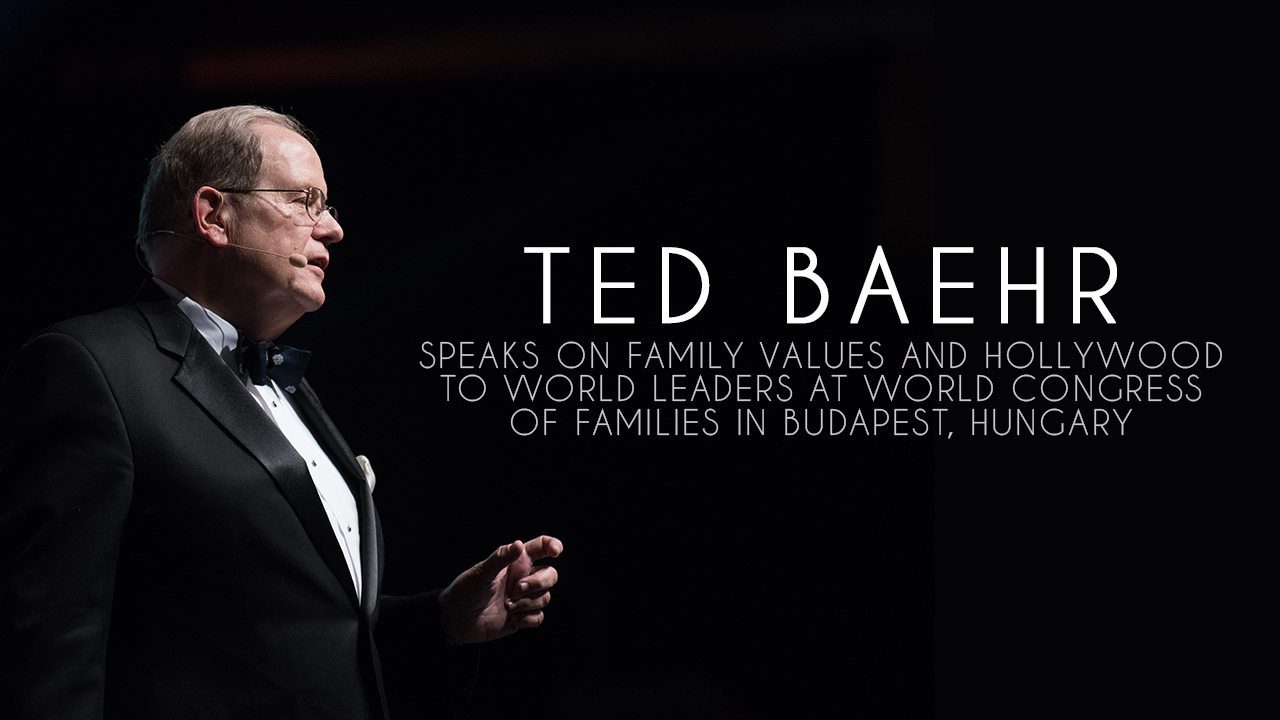 Family and child advocate Dr. Ted Baehr, founder and chairman of the Christian Film and Television Commission and publisher of Movieguide®, will speak Friday through Saturday at the World Congress of Families XI in Budapest, Hungary.

The World Congress of Families maintains a network of leaders from more than 80 countries around the world who help inspire and coordinate the international pro-family movement. World Congress of Families (WCF) is a project of the International Organization for the Family (IOF) which unites and equips leaders worldwide to promote the natural family.

“I will speak on helping families to be media wise and culture wise,” Dr. Baehr said. “The mass media creates and controls the culture. It also is the primary teacher of our children and teenagers.”

Movieguide® defines media wisdom as informing the public about the influence of the mass media and equipping them to choose the good and reject the bad, according to biblical principles. Culture wisdom not only entails being media wise to transform the culture in a positive direction, but also includes applying a Christian, biblical worldview to transform the culture with the Gospel of Jesus Christ, for the benefit of society and for the benefit of future generations, our children and grandchildren.

Dr. Baehr will also show delegates to the 11th Congress how to redeem the mass media of entertainment and be successful in Hollywood and the entertainment industry without losing their souls or wallet.

Join With Movieguide® and Dr. Ted Baehr, Donate Today and Help Redeem The Values Of The Media