Conversations of Faith with Liam Neeson 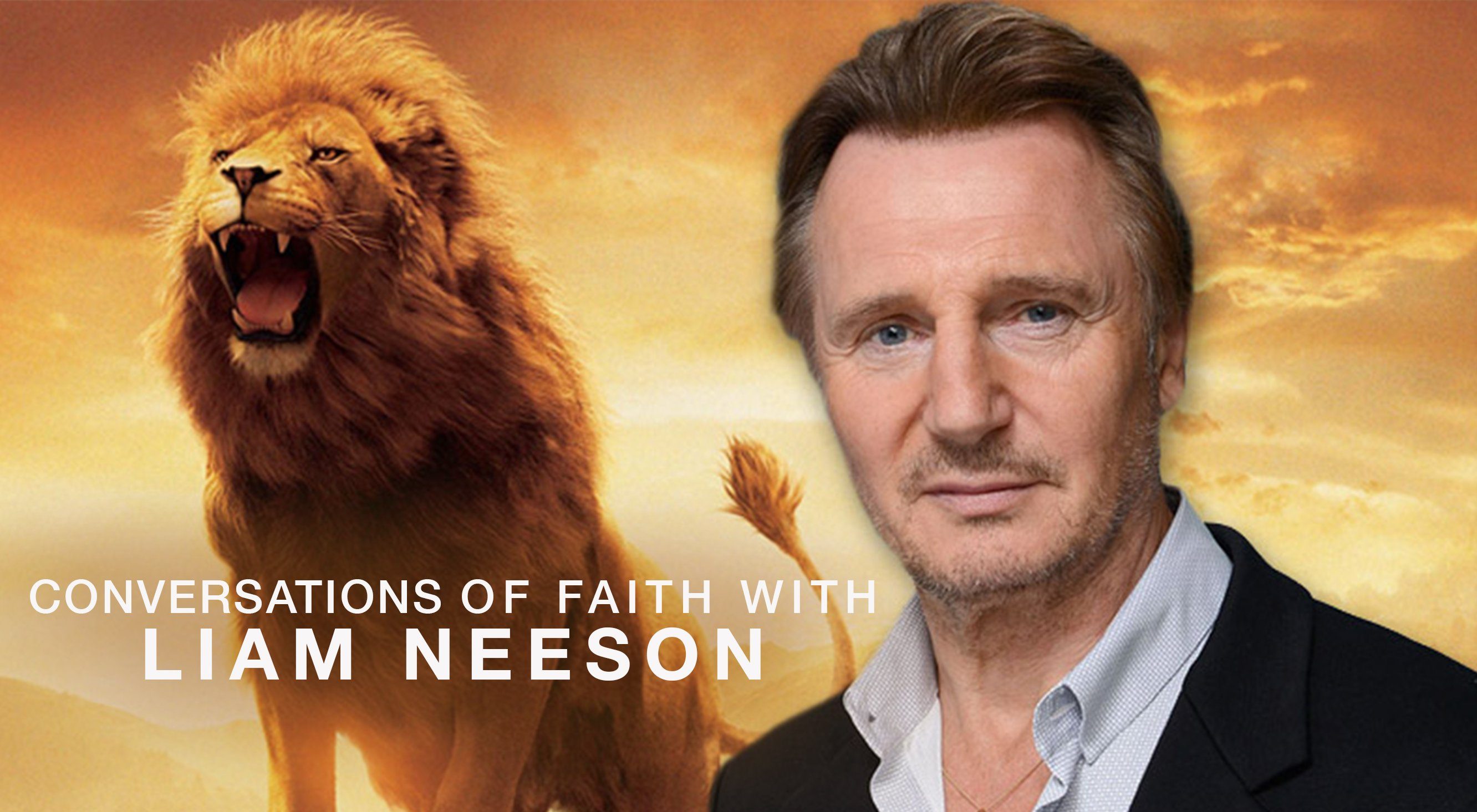 Conversations of Faith with Liam Neeson:

Irish actor Liam Neeson may be known for his roles in movies such as SCHINDLER’S LIST, BATMAN BEGINS or TAKEN, but he’s also no stranger to tackling movies with heavy religious themes. His first credited movie role was a 1978 Irish version of PILGRIMS PROGRESS where he played the role of The Evangelist. A few years later, he was cast as a missionary in the Robert De Niro movie THE MISSION, and since has starred in nine Movieguide® Award winning/nominated movies, including LES MISERABLES, THE CHRONICLES OF NARNIA and this year’s SILENCE.

“It’s partly coincidence” he told MOVIEGUIDE® in a recent interview, but quickly admitted “There’s always a little light that goes off in my head when I read a script that’s faith-based in some way. I was brought up quite a staunch Catholic. I was an altar boy for quite a few years as a kid. The Church has always appealed to me in some way, especially when I became an actor, and I’m certainly questing after God and the nature of God. So, I am drawn to it, I must admit.”

During the course of our interview, Neeson was very personable, often referring to me by name, and taking frequent pauses between sentences. Very proud of the projects he’s been a part of, Neeson agreed that spiritually uplifting movies with positive values are “super important.”

“Certainly with THE CHRONICLES OF NARNIA, I loved those tales,” Neeson said.

“I just thought they were magnificent,” he continued. I was very honored to get the chance to play Christ through a lion, as Aslan. [It’s] very, very special to me. LES MISERABLES too, I mean, he’s not a priest, but [the story is about] the nature of forgiveness. I think LES MISERABLES is up there with WAR AND PEACE as probably the greatest piece of literature that’s ever been written. It explains something about the potential of what humanity is capable of.”

In Neeson’s most recent movie SILENCE, directed by Martin Scorsese, he plays a Jesuit Priest named Father Ferreira, in 17th century Japan who has supposedly apostatized from the faith due to immense persecution. In the movie, two young priests secretly travel to Japan to investigate if Father Ferreira truly has left the faith. In doing so, they struggle with their own doubts and convictions about suffering and salvation. You can read the full MOVIEGUIDE® review for SILENCE here.

Neeson said that faith wasn’t discussed much on set during filming. He said he chose primarily to serve the script that Scorsese had written with screenwriter Jay Cocks for nearly 30 years.

Neeson did relate personally to Scorsese in some ways, saying, “I had met Martin in the December of 2014 and we had a quite the lengthy discussion on the nature of faith and why he wanted to make the film. We had similar backgrounds in regards to the Catholic Church. He was an altar boy, I was an altar boy. I think he went to seminary for a while. I didn’t, but I did contemplate the priesthood for a while in a very romantic way when I was a teenager.”

Like the character he plays in SILENCE, Father Ferreira, Neeson is open about both his moments of faith and times of doubt, and tries to grapple with some of the horrendous treatment people endure, as shown in SILENCE.

“You use the word martyrdom now,” he said, “and it takes on a whole different connotation. People are being beheaded because they don’t believe in the right god. It’s history repeating itself in the most horrible, horrible way. Something I learned when I played a missionary in a film called THE MISSION was to try and learn to see God in everything, in every aspect of life, to try and see God working. That helps me too. It doesn’t answer all the questions, but it does go some way towards solving a little bit of the mystery of God.”

While discussing the topic of service with Mr. Neeson, I was reminded of Matthew 25:40 where Jesus teaches on the final judgment and the importance of feeding the needy. In the verse, God says, ‘Truly, I say to you, as you did it to one of the least of these my brothers, you did it to me.’

As I told Neeson this, he nearly finished my sentence and related it back to his movie, saying, “We see that in SILENCE with the character Kichijiro, who keeps giving [Father] Rodrigues away to the authorities, and keeps coming back for forgiveness. I was brought up Catholic, and that’s what Catholics are told, that you can confess your sins and be forgiven, and try to start again.”

This fascination with the character of Kichijiro, who continually betrays his brothers and denies Christ, and then asks for forgiveness is an interesting one. While the humility to admit of wrongdoing is admirable, and even the Apostle Peter denied Christ, Jesus’s sacrifice and resurrection wasn’t merely to justify us for our sins and failures, but to also redeem and transform us.

SILENCE presents a realistic picture of persecution, grace and, in its own nuanced way, spiritual conviction. Liam Neeson’s quest for God continues, but ironically, his long list of faith-positive roles and movies show more conviction and spiritual confidence than the actor who stars them. This tension among actors, and the faith-filled roles they play, is all too familiar. In the end, one can only hope, and pray, that the journey these individuals are on leads them to a destination toward true fulfillment with Jesus Christ. For many, the Answer to their questions could be closer than they think.