Hollywood’s Drug Culture and You 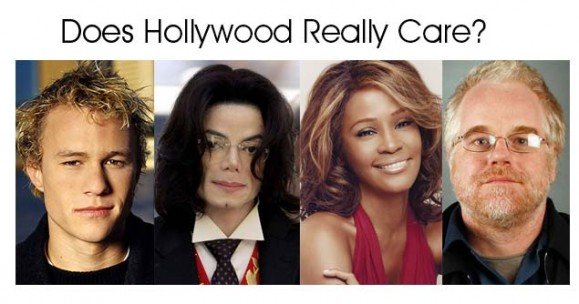 Selling and using drugs is not a “victimless” crime! It not only destroys mothers and fathers, and even grandfathers and grandmothers, it destroys children. It destroys civilization.

According to livestrong.com, 40% of all child abuse cases involve drug or alcohol abuse. Use of illegal mind-altering drugs also has been identified as the root cause of child neglect. In fact, there are even reports of some parents, including a couple in Colorado recently, giving their young children marijuana and other drugs!

At the same time, voters in two states, Washington and Colorado, have legalized recreational marijuana use, with California on the verge of doing so.

When are the misguided moguls running the movie studios and the television networks going to wake up and smell the burning coffee?

The War on Drugs is a good thing, but we have let our guard slip, because a group of feckless people in the mass media have created several feckless, immoral generations of voters who have elected a feckless, immoral political class.

One of the arguments that drug legalization activists, including some libertarian pinheads on the Fox News Channel, make is that the War on Drugs is “unwinnable.” When people say it’s an “unwinnable” war, what do they really mean? What does it mean to “win” the drug war? They can’t possibly mean winning the drug war means no one using drugs, because, by that same faulty logic, the war against violent crime was lost a long time ago.

This argument about “winning” the War on Drugs is clearly specious. When confronted with such an argument, ask the person, “What level of drug use constitutes “winning” the War on Drugs?” Just because there’s rampant drug use or rampant crime, that shouldn’t mean we stop locking people up for committing armed robbery, murder, and manslaughter or for selling marijuana, cocaine, heroin, etc.

The person’s answer to that question probably will be no, but what if it isn’t?

Of course, if they legalized rape, prostitution, or heroin tomorrow, we ourselves wouldn’t suddenly become a pimp or a prostitute, much less rape anyone or start using heroin. Just because the average person wouldn’t do such things doesn’t mean that a lot of other people, including children and teenagers, wouldn’t start doing them.

Robbing banks is a perfect example here. If they made robbing banks legal, or-de-criminalized it, the average person probably isn’t going to start robbing banks, but many other people will do exactly that!

Often, the pro-legalization person cites America’s allegedly bad experience with the prohibition of alcohol in the 1920s.

The fact is, however, during Prohibition, the consumption of alcohol did indeed decline. Thus, Prohibition did indeed inhibit drinking.

Of course, according to the traditional reading of the Bible, it’s not bad or sinful to drink; it’s only sinful to get drunk and intoxicated. Drinking isn’t the problem; drunkenness, public intoxication, and alcoholism are the problem!

In reality, contrary to what the legalization crowd says, we don’t have drug “prohibition” in the United States. What we actually have in the U.S. is drug control and drug regulation, just like we now have alcohol control and alcohol regulation. For example, you can’t privately make hard alcohol. Besides marijuana and heroin, we also don’t allow 200 proof alcohol in legally sold alcohol. In fact, beer can’t have 20 percent alcohol in it.

Thus, society controls all of these things, including the times that bars are open.

So, people can buy tons and tons of drugs in the drugstore with a doctor’s prescription, including a handful of “illegal” drugs like marijuana. Also, certain forms of alcohol are still illegal. So, in reality, today’s War on Drugs is NOTHING like the alcohol prohibition we had in the 1920s.

Also, crack cocaine is more addictive and more medically dangerous than using powder cocaine, so the argument that President Obama and his doofus Attorney General, Eric Holder, make, that we shouldn’t have tougher sentences for people convicted of selling crack cocaine, is another false argument, another lie from the loony left.

Therefore, if we decide to make marijuana, crack, or heroin legal, why don’t we make a host of things legal, including 200 proof alcohol or alcohol use by 17- and 18-year-olds?

Some libertarians and leftists say using pot or hard drugs is a “victimless” crime. Why should THAT be the standard? Why should that be the determining factor for legality?

They seem to be arguing in a circle and begging the question here. They’re assuming that THEIR definition of liberty, freedom, and victimhood is correct, but they must prove that their definition is correct, not simply assert it!

They’re also assuming that using marijuana is relatively harmless, but there is no scientific evidence to support that claim. Especially since all the experts agree that today’s marijuana is much more potent than the marijuana sold in the 1960s and 1970s.

According to WebMD (www.webmd.com/mental-health/marijuana-use-and-its-effects), “The rates of addiction to pot have risen significantly. . . . According to recent government studies, as many as 30% of today’s teenagers are smoking marijuana.”

“Marijuana hangs around in your system for as long as a month after smoking. The lingering effects mean you’re impaired for several days to weeks after the high wears off.”

Finally, among the effects of marijuana use are a distorted sense of time, magical or “random” thinking, paranoia, short-term memory loss, anxiety, and depression.

In other words, 30 percent of America’s teenagers are hurting, if not ruining, their academic performances in school by smoking marijuana.

Is this what America needs? Millions more “dumbed-down” teenagers who can’t read or write, or hold a real job?

Ultimately, therefore, Movieguide® is glad for the War on Drugs. It keeps our neighborhoods, and our children, relatively safe and free from drug addicts and potheads.

The War on Drugs will never be completely won. However, we can make a huge dent in that war, but only if we truly take it seriously.

There’s really no good reason to turn around and make drugs like pot, cocaine, LSD, heroin, etc., legal, much less available to people under 18. We must work even harder to change attitudes, as well destroy these drugs and those who sell them.

Finally, please consider America’s children when you decide how you think about the War on Drugs or the sudden tragic death of another celebrity, or a friend or family member.

America’s children are already highly susceptible to the temptations of evil drug dealers, even at school. Our local, state, and federal governments have failed to protect them. Legalization of hard drugs, including marijuana, will just make them more susceptible.

Please help save and protect America’s children and grandchildren, and protect the parents who care for them.