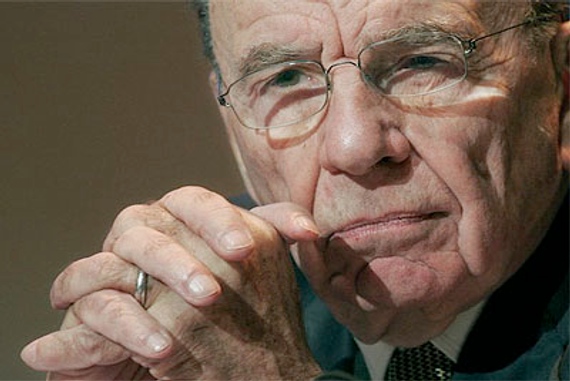 Thank you, Abe, for those kind words. And thank you for this award.

I can’t say I have been chosen by God. But tonight I can say this:


I am honored to be chosen by His people for this award.

I am especially proud that this award bears the name of the ADL. You were founded a century ago against the backdrop of something we cannot imagine in America today:  the conviction and then lynching of an innocent Jew.

In the century since then, you have fought anti-Semitism wherever you have found it. You have championed equal treatment for all races and creeds. And you have held America to her founding promise.

So successful have you been, a few years ago some people were beginning to say, “maybe we don’t need an ADL anymore.”

That is a much harder argument to make these days.

Now, there’s not a single person in this room who needs a lecture on the evil of anti-Semitism. My own perspective is simple:  We live in a world where there is an ongoing war against the Jews.

For the first decades after Israel’s founding, this war was conventional in nature. The goal was straightforward:  to use military force to overrun Israel. Well before the Berlin Wall came down, that approach had clearly failed.

Terrorists targeted Israelis both home and abroad – from the massacre of Israeli athletes at Munich to the second intifada.

The terrorists continue to target Jews across the world. But they have not succeeded in bringing down the Israeli government – and they have not weakened Israeli resolve.

Now the war has entered a new phase. This is the soft war that seeks to isolate Israel by delegitimizing it. The battleground is everywhere:  the media. . . multinational organizations. . . NGOs.

In this war, the aim is to make Israel a pariah.

The result is the curious situation we have today:  Israel becomes increasingly ostracized, while Iran – a nation that has made no secret of wishing Israel’s destruction – pursues nuclear weapons loudly, proudly, and without apparent fear of rebuke.

For me, this ongoing war is a fairly obvious fact of life.

Every day, the citizens of the Jewish homeland defend themselves against armies of terrorists whose maps spell out the goal they have in mind: a Middle East without Israel.

In Europe, Jewish populations increasingly find themselves targeted by people who share that goal.

And in the United States, I fear that our foreign policy sometimes emboldens these extremists.

Tonight I’d like to speak about two things that worry me most.

First is the disturbing new home that anti-Semitism has found in polite society – especially in Europe.

Second is how violence and extremism are encouraged when the world sees Israel’s greatest ally distancing herself from the Jewish state.

When Americans think of anti-Semitism, we tend to think of the vulgar caricatures and attacks of the first part of the 20th century.

Today it seems that the most virulent strains come from the left. Often this new anti-Semitism dresses itself up as legitimate disagreement with Israel.

Back in 2002 the president of Harvard, Larry Summers, put it this way:

“Where anti-Semitism and views that are profoundly anti-Israeli have traditionally been the primary preserve of poorly educated right-wing populists, profoundly anti-Israel views are increasingly finding support in progressive intellectual communities. Serious and thoughtful people are advocating and taking actions that are anti-Semitic in their effect if not their intent.”

Mr. Summers was speaking mostly about our university campuses. Like me, however, he was also struck by alarming developments in Europe.

Far from being dismissed out of hand, anti-Semitism today enjoys support at both the highest and lowest reaches of European society – from its most elite politicians to its largely Muslim ghettoes. European Jews find themselves caught in this pincer.

We saw a recent outbreak when a European Commissioner trade minister declared that peace in the Middle East is impossible because of the Jewish lobby in America. Here’s how he put it:

“There is indeed a belief – it’s difficult to describe it otherwise – among most Jews that they are right. And it’s not so much whether these are religious Jews or not. Lay Jews also share the same belief that they are right. So it is not easy to have, even with moderate Jews, a rational discussion about what is actually happening in the Middle East.”

This minister did not suggest the problem was any specific Israeli policy. The problem, as he defined it, is the nature of the Jews.

Adding to the absurdity, this man then responded to his critics this way:  Anti-Semitism, he asserted, “has no place in today’s world and is fundamentally against our European values.”

Of course, he has kept his job.

Unfortunately, we see examples like this one all across Europe.

Sweden, for example, has long been a synonym for liberal tolerance. Yet in one of Sweden’s largest cities, Jews report increasing examples of harassment. When an Israeli tennis team visited for a competition, it was greeted with riots.

So how did the mayor respond? By equating Zionism with anti-Semitism – and suggesting that Swedish Jews would be safer in his town if they distanced themselves from Israeli actions in Gaza.

You don’t have to look far for other danger signs:

• The Norwegian government forbids a Norwegian-based, German shipbuilder from using its waters to test a submarine being built for the Israeli navy.

• Britain and Spain are boycotting an OECD tourism meeting in Jerusalem.

• In the Netherlands, police report a 50% increase in the number of anti-Semitic incidents.

Maybe we shouldn’t be surprised by these things. According to one infamous European poll a few years back, Europeans listed Israel ahead of Iran and North Korea as the greatest threat to world peace.

In Europe today, some of the most egregious attacks on Jewish people, Jewish symbols, and Jewish houses of worship have come from the Muslim population.

Unfortunately, far from making clear that such behavior will not be tolerated, too often the official response is what we’ve seen from the Swedish mayor – who suggested Jews and Israel were partly to blame themselves.

When Europe’s political leaders do not stand up to the thugs, they lend credence to the idea that Israel is the source of all the world’s problems – and they guarantee more ugliness.

If that is not anti-Semitism, I don’t know what is.

That brings me to my second point:  the importance of good relations between Israel and the United States.

Some believe that if America wants to gain credibility in the Muslim world and advance the cause of peace, Washington needs to put some distance between itself and Israel.

My view is the opposite.

Far from making things better for the Palestinian people, sour relations between the United States and Israel guarantees that ordinary Palestinians will continue to suffer.

The peace we all want will come when Israel feels secure – not when Washington feels distant.

Right now we have war.

There are many people waging this war. Some blow up cafes. Some fire rockets into civilian areas. Some are pursuing nuclear arms. Some are fighting the soft war, through international boycotts and resolutions condemning Israel.

All these people are watching the U.S.-Israeli relationship closely.

In this regard, I was pleased to hear the State Department’s spokesman clarify America’s position yesterday. He said that the United States recognizes “the special nature of the Israeli state. It is a state for the Jewish people.”

This is an important message to send to the Middle East. When people see, for example, a Jewish prime minister treated badly by an American president, they see a more isolated Jewish state. That only encourages those who favor the gun over those who favor negotiation.

Ladies and gentlemen, back in 1937, a man named Vladimir Jabotinsky urged Britain to open up an escape route for Jews fleeing Europe.

Only a Jewish homeland, he said, could protect European Jews from the coming calamity.

In prophetic words, he described the problem this way:

The world of 2010 is not the world of the 1930s. The threats Jews face today are different.

But these threats are real.

These threats are soaked in an ugly language familiar to anyone old enough to remember World War II.

And these threats cannot be addressed until we see them for what they are: part of an ongoing war against the Jews.