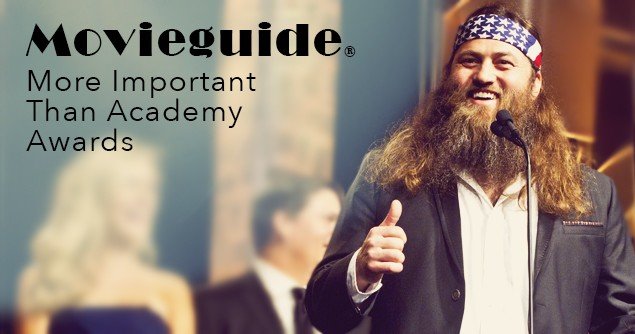 The Academy Awards garnered an audience of 43 million – the largest for the Oscars in a decade and the largest outside of the Super Bowl.

My yardstick for evaluating them was the analysis of MOVIEGUIDE, a publication of The Christian Film & Television Commission.  It reports that all 10 of the top movies in terms of sales had “strong or very strong Christian, redemptive, moral or biblical content.”  The top ten films earned $4.95 billion.

By contrast, the nine films nominated for Academy Award Best Picture earned a total of only $792 million.  The only picture, with uplifting moral themes – GRAVITY – earned a third of that total, $270 million.  By contrast, 12 YEARS A SLAVE, which won best picture, earned only $50 million.

I was moved by the powerful film “42,” featuring Branch Rickey, head of the Dodgers, who hired Jackie Robinson as the first black player in Major League Baseball. Rickey told Robinson that would be harassed by other players and crowds.  But he also told him that Jesus Christ was the strongest man who ever lived because he was strong enough to turn the other cheek.  Jackie did so as well, and opened the door for many blacks to play in the Majors.

In MAN OF STEEL, Superman manifested many Christological allegorical characteristics.

Oscar Diggs, the future Wizard of Oz, confessed and cried to God for help in OZ, THE GREAT AND POWERFUL.

What’s common about those films?  None got an Oscar nomination.

However, GRAVITY won many technical awards and Best Director. FROZEN was chosen the best Animated Movie. MOVIEGUIDE had selected it as Best 2013 Movie for Families.  Many families must have agreed, for its sales were $389 million! Christian hymns lifting up Jesus Christ were sung in FROZEN.

“That is a miracle,” asserted Ted Baehr, president of MOVIEGUIDE.

Perhaps the Academy is beginning to get the message that a depraved film does not deserve an Oscar.  Another negative film with 10 nominations and no Oscars was AMERIAN HUSTLE, that MOVIEGUIDE called “a strong pagan worldview” of characters involved in thievery, corruption and adultery, with 130 obscenities (90 “f” words).

On the other hand, CAPTAIN PHILLIPS was about a ship captain (Tom Hanks) whose vessel was overtaken by pirates, who was willing to give up his life to save his crew of shipmates. It was also nominated for six Oscars, but won none.

However, there is wonderful news about the films of 2013 that was overlooked at the Academy Awards. Two-thirds of the top 25 films produced last year with the best sales “had a strong or very strong Christian redemptive or moral worldview,” reports MOVIEGUIDE’s 2014 Report to the Entertainment Industry.

In 1985 when Ted Baehr founded MOVIEGUIDE there was only one positive film out of 25 highest grossing films.  MOVIEGUIDE began reviewing every movie Hollywood produced initially in a magazine, then in brief radio reviews now aired by 600 stations.

In 1992 MOVIEGUIDE began sponsoring its own “Faith & Values Awards Gala” just before the big Academy Awards evening. That gave public recognition to the good guys.  And to drive his message home, Baehr also published an annual “Report to the Entertainment Industry” packed with data proving that the public preferred positive movies without nudity, obscenity and glorification of evil.

The result: the percentage of movies with positive Christian content and moral, biblical values increased more than five-fold.

Among the big positive films this year were IRON MAN 3, DESPICABLE ME 2, MAN OF STEEL, THE HOBBIT, THE DESOLATION OF SMAUG, BLACK NATIVITY, GRACE UNPLUGGED, THE CONJURING, HOME RUN, KING’S FAITH, JACK THE GIANT SLAYER, FAST AND FURIOUS 6,   MONSTERS UNIVERSITY, THOR, THE DARK WORLD, FRACKNATION, CLOUDY WITH A CHANCE OF MEATBALLS 2, and THE ULTIMATE LIFE.

This year, 52% of MOVIEGUIDE’s award winners are in the Top 25 Movies at the Box Office in the United States and Canada.

By contrast, most film critics’ top picks for best films, none or at the most, two of their choices made it into the Top Ten hits in sales.

The former head of one of the six top Hollywood studios told Baehr, “You have shown through your Report to the Entertainment Industry that producing good movies is morally responsible and financially lucrative.”

Ted Baehr is the David who has almost tamed the Goliath of Hollywood.  Go to movieguide.org.

Note:  Michael J. McManus is President of Marriage Savers and a syndicated columnist.