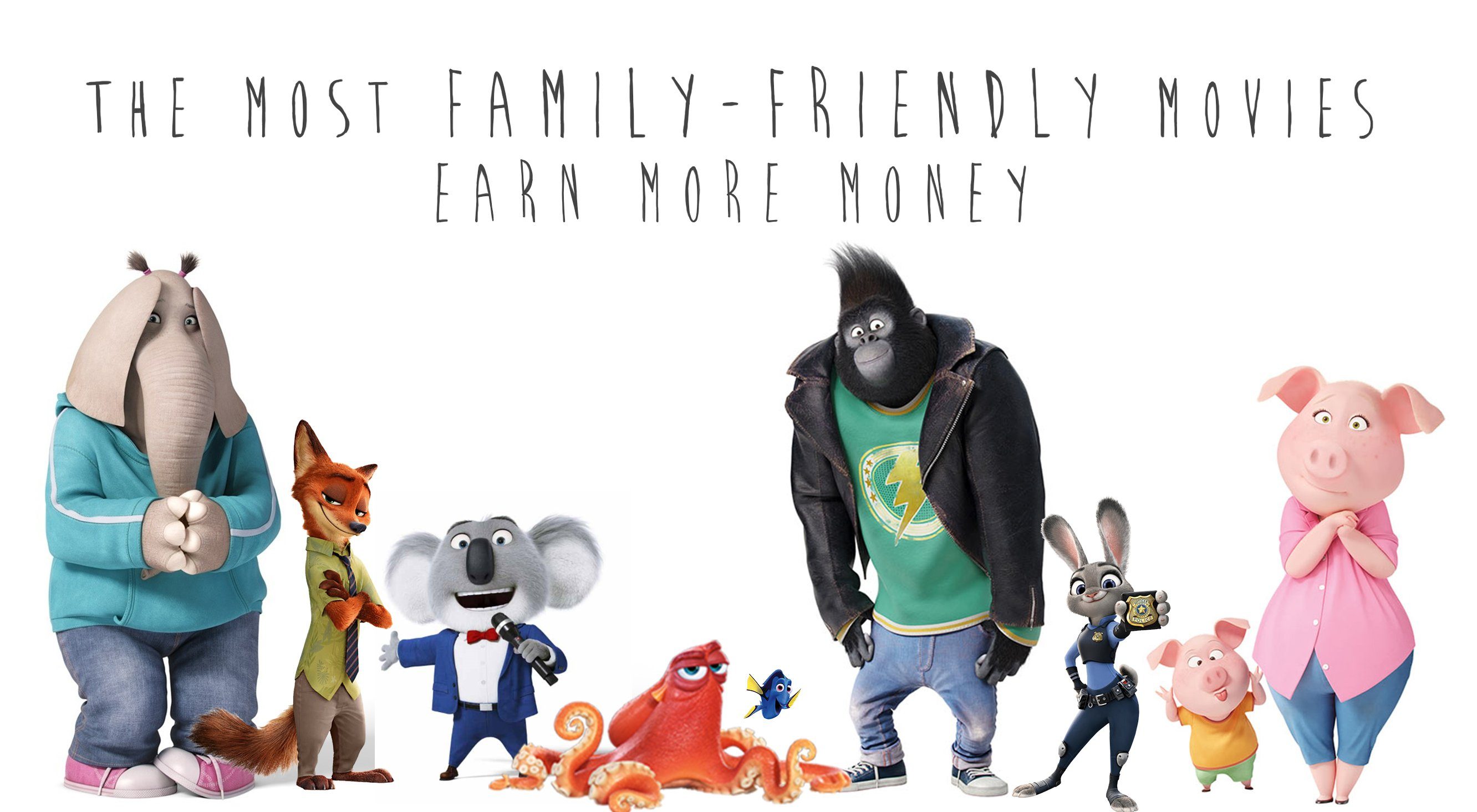 The Most Family-Friendly Movies Earn More

An annual box office analysis by an advocacy group in Hollywood catering to families has found once again that the most family-friendly movies with the most inspiring, cleanest content earn more money at the box office and on home video.

The study extensively analyzed the content of the top movies released by the major studios in Hollywood earning $800,000 or more, including the major independent studios.

He noted that the Annual Report, now in its 25th year, doesn’t just examine family movies and cartoons for children, but family-friendly movies with the cleanest, most inspiring, and least offensive content.

The study also found that movies released in 2016 with no sex, no explicit nudity and no foul language averaged much more money than movies with such content.

For example, only one of the Top 10 Home Video Sales in 2016 was rated R, “Deadpool.” The Top 10 Movies Overseas in 2016 fared just as well, with only one R-rated movie, the Chinese movie “The Mermaid.”

The most family-friendly movies included such popular titles as “Zootopia,” “The Jungle Book (2016),” “Finding Dory,” the last “Hunger Games” movie, “The Secret Life of Pets,” and “The Good Dinosaur” plus less successful titles such as “Pete’s Dragon,” “War Room,” “Miracles from Heaven,” “Sing,” “Risen,” “God’s Not Dead 2,” “Queen of Katwe,” and “The Peanuts Movie.”

Dr. Baehr will present these and other highlights from Movieguide®’s 2017 Annual Report to the Entertainment Industry Friday, Feb. 10, at the 25th Annual Faith & Values Awards Gala at the Universal Hilton Hotel in Los Angeles.

At the Awards Gala, “Zootopia,” “Miracles from Heaven,” “The Jungle Book,” “Finding Dory,” “The Secret Life of Pets,” “Sing,” “The Young Messiah,” “Trolls,” “Pete’s Dragon,” and “Queen of Katwe” will compete for the title “Best Movies for Families.”