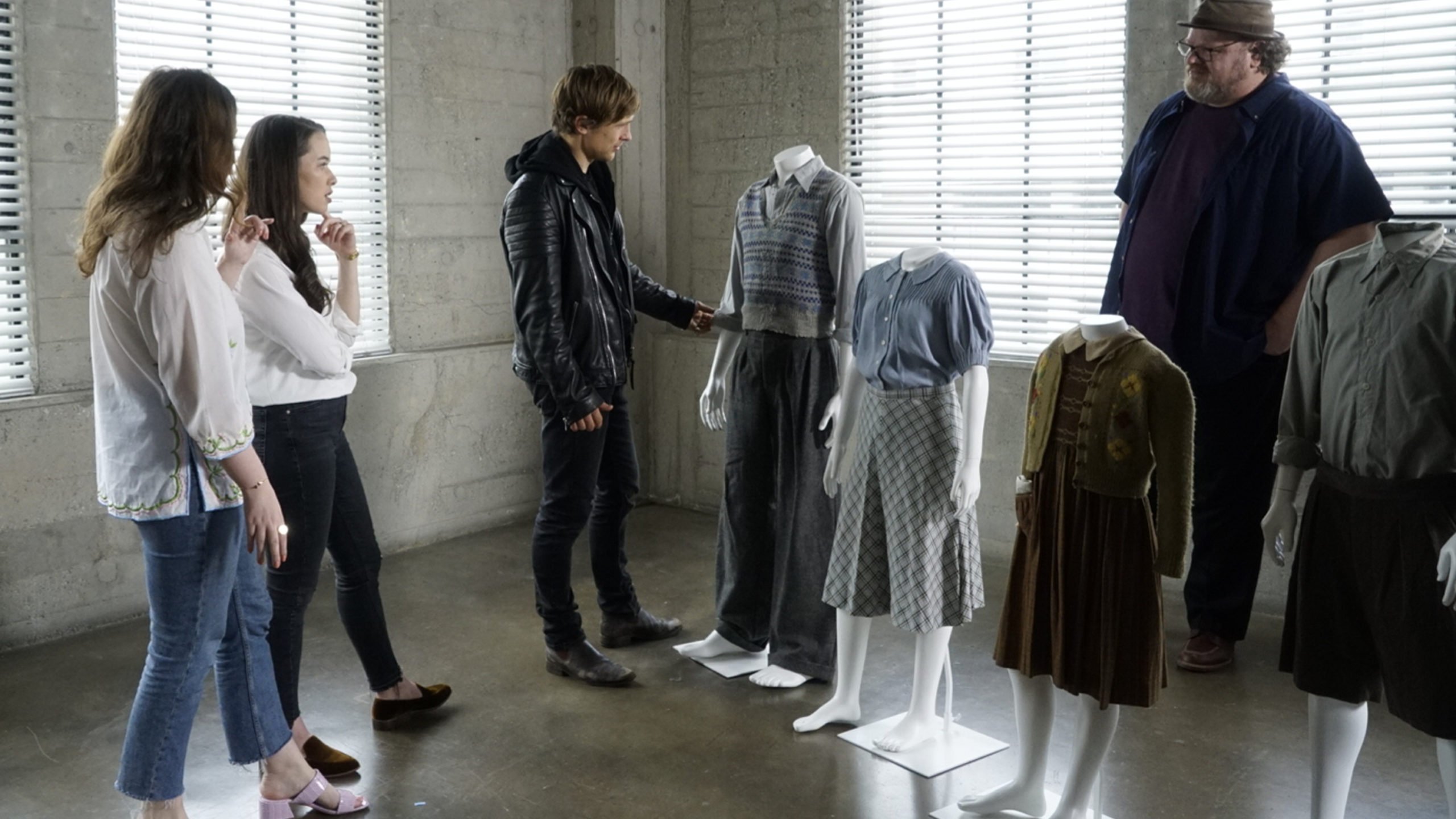 Dan Lanigan (far right) reunites some of the actors from THE CHRONICLES OF NARNIA with their costumes. Photo provided by Disney+.

Gentle giant and avid prop collector Dan Lanigan wants his new Disney+ docuseries, PROP CULTURE, to be a chance for children and parents to bond over their shared love of movies.

“I watched MARY POPPINS, along with a number of other films, with my father when I was a kid, both in our basement and at the movie theater,” Lanigan told Movieguide®. “There’s something about that quality time that you spend with your parents, with family activities that just strengthen the bonds.”

Lanigan even brings his own daughter into PROP CULTURE, telling viewers how much it means to him as a father to share these Disney movies–and his passion for collecting props–with his daughter.

Lanigan’s passion for the Disney legacy is evident in PROP CULTURE, which he hosts and executive produced.

PROP CULTURE, a new documentary series streaming on Disney+, follows host Dan Lanigan as he hunts down props from some of Disney’s more recent iconic movies. The show is both whimsical and nostalgic, reminding younger viewers of childhood memories associated with movies like THE MUPPET MOVIE, MARY POPPINS, TRON, and THE LION, THE WITCH, AND THE WARDROBE. Each episode focuses on a popular Disney movie. Dan reunites the props with the actors, musicians and choreographers who brought the props to life.

PROP CULTURE features a strong moral worldview overall. As the Disney actors and filmmakers discuss the props, viewers are transported to scenes from the original movies, which sometimes include churches, steeples or crosses. One episode even contains a positive reference to Heaven. The bulk of the episodes are very lighthearted. However, some scenes from THE NIGHTMARE BEFORE CHRISTMAS and the first PIRATES OF THE CARIBBEAN movie are a little intense and may scare small children. Light occult elements are seen in footage from one movie. Overall, MOVIEGUIDE® recommends discernment for younger children for brief scary scenes and a few light profanities.

Lanigan’s humble and gentle disposition appeals to viewers and allows them to see how something as simple as a coat, shield or painting brings such joy to the people involved in that movie’s production.

PROP CULTURE premieres May 1 on Disney+.