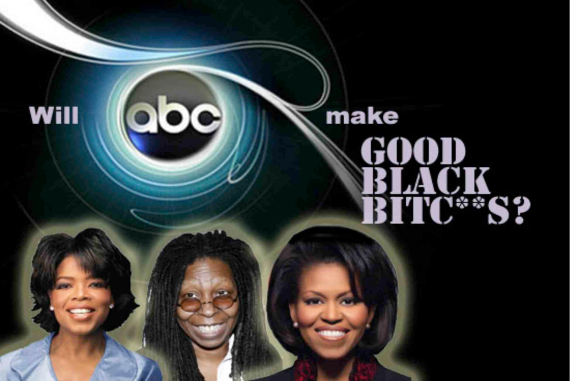 new television series based on Kim Gatlin’s book GOOD CHRISTIAN BITC**S? The executive producer on the project, Darren Star, has brought to television such programs as SEX AND THE CITY and 90210. This one is the story is of a reformed “mean girl” who returns to Dallas and becomes the topic of gossip in the Christian community.

The vulgar title of the program may well be changed before the program airs, but the fact that it would even be considered as a possible project is an insult to Christians.

The dictionary definition for the vulgarity in the program title is: “(1) a mother dog (2) a malicious, unpleasant, selfish woman (3) a lewd woman.” To associate Christian women with such behavior is to misrepresent Christianity. Granted, people who claim to be Christians are not perfect, but the “good” Christian is quite the opposite of malicious, unpleasant, selfish and lewd. The good Christian seeks to overcome such behavior.

Good Christian movies, like FLYWHEEL, expose hypocrisy in the Church and show how to overcome it.

ABC is free make a program about “Christian” women who have no desire to overcome their hypocrisy, but in doing so they demonstrate their own malice. They mock the institution working the hardest to help people overcome tendencies toward vile behavior.

Sign our petition against GOOD CHRISTIAN BITC**S by clicking here.

ABC wouldn’t even consider making GOOD BLACK BITC**S or GOOD MUSLIM BITC**S. That they’re already at work on a project so demeaning to Christians demonstrates that they’re the ones who are malicious, unpleasant and lewd.

It also demonstrates a commitment to encouraging a more malicious, unpleasant and lewd society.

The popular movie THE BLIND SIDE featured an unselfish, caring Southern Christian woman. If ABC really wishes to see less malicious, unpleasant, selfish and lewd behavior its programs should feature, as role models, truly good Christian women — women who live out the teachings of Jesus Christ by showing compassion and concern and taking action.

In Ephesians 5 Christian are instructed: “Live a life filled with love, following the example of Christ. He loved us and offered himself as a sacrifice for us, a pleasing aroma to God. Let there be no sexual immorality, impurity, or greed among you. Such sins have no place among God’s people. Obscene stories, foolish talk, and coarse jokes—these are not for you.”

Also in Ephesians 5 Christians are told: “Take no part in the worthless deeds of evil and darkness; instead, expose them.”

It certainly appears that this ABC team is out to spread darkness rather than light.

Sign our petition against GOOD CHRISTIAN BITC**S by clicking here.