"Tragic Story of Love and Music" 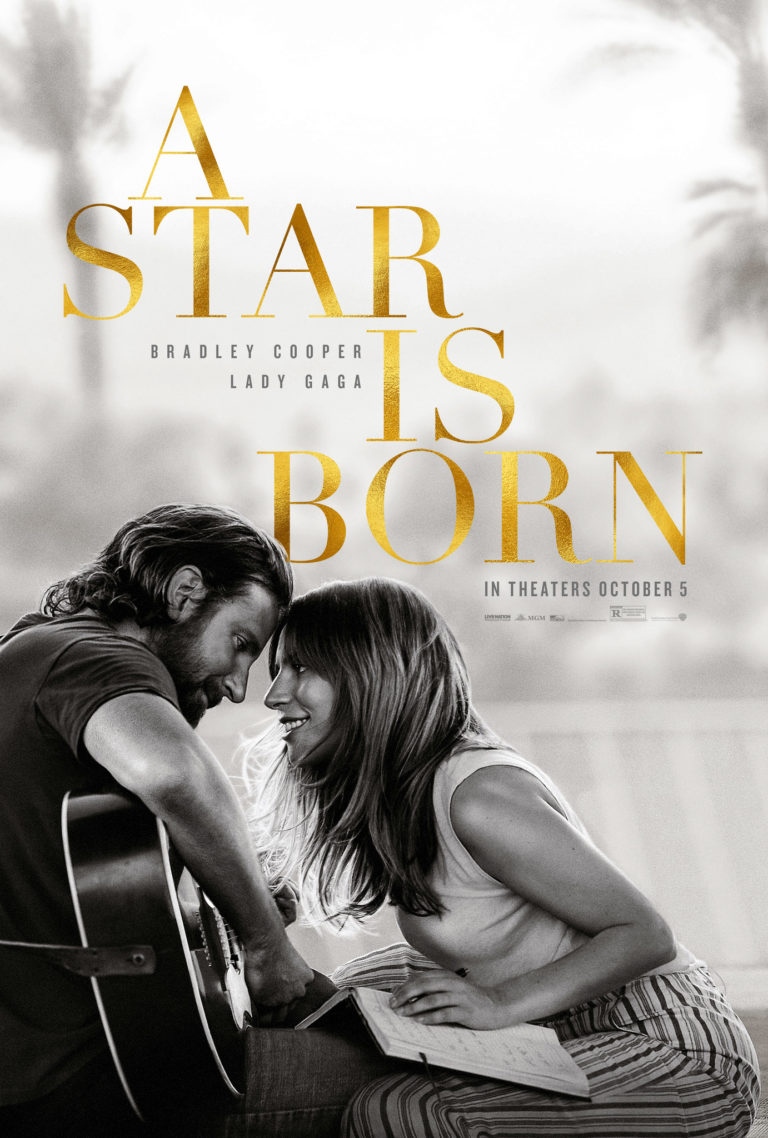 A STAR IS BORN (2018) follows the talented and tragic relationship of famous country singer and songwriter Jackson Maine and Ally, an aspiring singer he takes under his wing. They fall deeply in love as Jackson helps her find fame, and she inspires him to get control over his alcoholism and drug problem. It seems like they’re both the answer to each other’s problems, but as Ally becomes more successful, Jackson finds it harder to come to terms with his age and his addictions.

A STAR IS BORN is artfully made. Both Bradley Cooper and Lady Gaga deserve high praise for their performances. Cooper deserves a nod for directing as well. Everything comes together for a well-made drama that pulls at the audience’s emotions from start to finish. Unfortunately, the story takes a depressing turn as the couple’s life together falls apart. By the tragic ending, the characters are left without hope, leaving viewers feeling the same. The lack of a redemptive ending, the obscene, lewd content and constant substance abuse make this STAR IS BORN the least acceptable version of a well-worn tale.

(RoRo, Pa, HoHo, LLL, VV, SS, NNN, AAA, DDD, MM):
Dominant Worldview and Other Worldview Content/Elements:
Strong Romantic worldview places personal expression in art and music as the highest good of a person, mixed with a pagan worldview highlighting sensual pleasures and addictive behaviors, plus some scenes set in a homosexual bar with silly-looking drag queens;
Foul Language:
At least 103 obscenities (mostly “f” words) and five mostly strong profanities, plus there’s a depiction of a man urinating himself when drunk;
Violence:
A scene of violence involving a bar fight, a man punches another man, and a man hangs himself;
Sex:
Strong sexual content varying degrees of nudity, multiple scenes take place in a drag bar with drag queens with references to their fake breasts and attraction to Jackson, references to losing virginity and getting “knocked up,” other scenes of passionate kissing;
Nudity:
A scene of a woman in a bath where she stands up to reveal full frontal female nudity, drag queens reveal their fake breasts that a male country star then signs, partial rear nudity of a man getting an injection, and a woman wears a shirt with panties;
Alcohol Use:
Extreme alcohol abuse depicted throughout the movie including multiple scenes of parties after concerts with hard alcohol, drinking hard alcohol from the bottle, a drunk man pulls over at a bar for another drink, people drinking at bars, country music star takes shots before and after concerts, woman singer calls man out on his alcohol problem, country music star wakes up passed out on a lawn from a night he can’t remember, woman singer calls country music star out on being drunk in the morning, and country music star passes out in his hotel room after drinking too much;
Smoking and/or Drug Use and Abuse:
Multiple scenes of smoking cigarettes, extreme drug abuse depicted throughout the movie, often taking pills with alcohol, two scenes depicting snorting cocaine, a few scenes of medicating with prescription pills; and,
Miscellaneous Immorality:
Two people take marriage very lightly.

A STAR IS BORN (2018) follows the talented and tragic relationship of famous singer/songwriter Jackson Maine (Cooper) and aspiring singer Ally (Lady Gaga). Artfully directed by Cooper with great music and stunning performances by the pair, the movie is moving, technically excellent, and deserving of its early Oscar buzz from the festival circuit. However, the story is a tragic tale of addiction, fame and hopelessness, leaving viewers with a depressing movie full of excessive foul language, substance abuse, and sexual content.

Jackson Maine is a big star who lights up stadium crowds with impressive music but finds himself at the bottom of a bottle every night. Ally is an aspiring singer who juggles her restaurant job with random gigs at drag bars. One night, an already drunk Jackson stumbles into her bar for one more drink and witnesses her performance. He invites her to his next concert, where he surprises her by bringing her on stage to sing, and the two begin their tour together. They fall deeply in love as Jackson helps her find fame, and she inspires him to get control over his alcoholism and drug problem. It seems like they’re both the answer to each other’s problems and the key to their happiness. However, as Ally becomes more and more successful, Jackson finds it harder and harder to come to terms with his age and addictions.

There is so much to love about A STAR IS BORN (2018). Both Cooper, and especially Lady Gaga, deserve all the recognition for their performances in the movie. As a director, Cooper seemed to pick up a few things from former collaborator David O’Russell, giving all the characters their unique voice and authentic feel. Every scene draws the audience in with the nuances of the relationships between the characters. Lady Gaga especially shines in her first dramatic leading role, playing shy Ally offstage while bringing stunning performances during the musical scenes. Everything comes together – the stars, the directing and the music – for a well-made drama that pulls at the viewer’s emotions from start to finish.

It is unfortunate, then, that such a talented team ultimately tells such a depressing, hopeless story. The movie hinges on the idea that Jackson and Ally can save each other, while they desperately try to serve their own desires and careers. Neither of them can ultimately fulfill the pressure they put on each other, and their relationship crumbles as a result. By the midpoint of the story, when things start to go downhill, this romantic worldview feels shallow. By the movie’s tragic end, the characters are left with no hope, leaving the audience feeling the same.

From the very beginning, as Jackson takes a bunch of pills before he goes onstage, the movie makes it clear this isn’t a beautiful love story. The movie’s explicit content, including excessive foul language, constant substance abuse and a scene with excessive nudity, is a constant reminder of that reality. This questionable content, mixed with a hopeless worldview, weighs down the movie’s talented execution. At best the movie serves as a cautionary tale against a life dedicated to acquiring fame, but it doesn’t leave viewers with a positive alternative to believe or support. This story has been made three times before (once with Judy Garland and James Mason), but this is the least acceptable version.