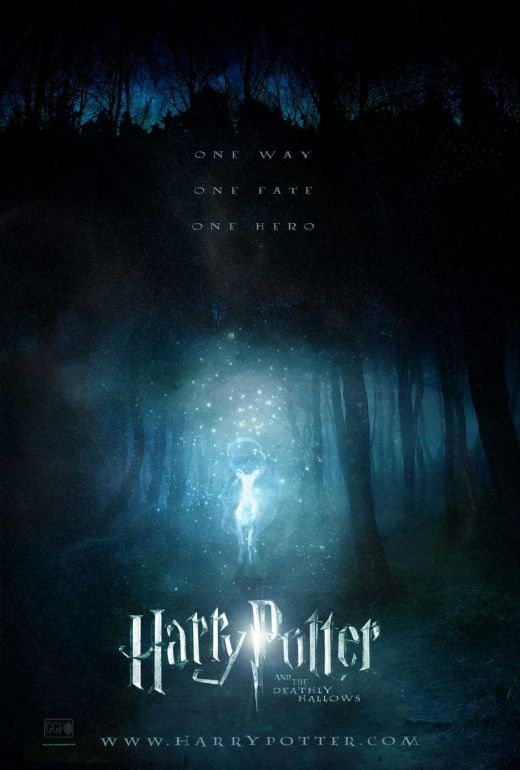 HARRY POTTER AND THE DEATHLY HALLOWS: PART ONE is basically the first half of the seventh HARRY POTTER book by J.K. Rowling. In it, Harry and his friends, Ron and Hermione, go on a quest to destroy the remaining charms housing parts of the evil villain Voldemort’s soul. Voldemort made the charms so that, if his body gets destroyed again, he can resurrect himself. The problem is, Harry and his friends don’t know what the remaining charms are, or where, and they don’t know how to destroy them. Even when they do find the next one, they need a magical sword to destroy it, but the sword is missing.

PART ONE contains some exciting chases and an exciting rescue at the end. It also has some heartfelt, redemptive moments, including some positive references to Christmas. Also, it frowns on using magic to gain power. The story is dark at times, however. It is also filmed mostly for people who know the story so far. Finally, it still has parts where the children use magic or witchcraft to protect themselves or fight back attackers. God clearly condemns all witchcraft in the Bible.

(PaPa, OO, BB, C, ACAC, L, VV, S, N, A, M) Strong, somewhat mixed pagan worldview with strong occult, moral, redemptive, and anti-fascist/socialist elements including a rejection of using magic and witchcraft for control and power but the “heroes” also use magic and witchcraft, including wands and spells, to protect themselves from and hide from the villains who believe “Magic is might,” a statement against slavery, sacrifice, “hero” wishes heroine “Merry Christmas,” church-like references in society, and “heroes” are trying to prevent villain from getting eternal life without God as a power trip, which is seen as evil and sinful in some way, though not spelled out as it would in a story with an ethical monotheist worldview, hero says he wants to bury a compatriot without using magic; about two or three “h” words and several English vulgarities of “bloody” plus a crude reference to a potion tasting like animal urine; strong, scary violence with some blood includes magical explosions, villains wreck house, snakes lunge at camera and people, woman with signs of having been tortured murdered, implied stabbing and bloody knife hits the ground, and villain carves the word “mudblood” into the arm of the main heroine; teenage boy imagines naked friends kissing but no explicit nudity shown and teenagers kiss; upper male nudity and implied nudity in nightmare image of implied nude girl kissing friend used by villain to destroy “heroes”; alcohol use; no smoking; and, spells, potions, totalitarianism but it’s rebuked.

PART ONE of HARRY POTTER AND THE DEATHLY HALLOWS is, basically, the first half or so of the seventh book in the HARRY POTTER series by J.K. Rowling.

The movie opens with Voldemort and his gang of evil witches and warlocks taking over the Ministry of Magic. They are also plotting to capture Harry Potter and bring him to Voldemort so he can personally kill him. The problem is, Voldemort and Harry’s magical wands are twins, so Voldemort will have to use another wand to do it.

The Order of the Phoenix tries to hide Harry by using decoys of other members magically looking like Harry, but the villains already figured out their starting point. After an exciting chase through the air, they all gather at Ron Weasley’s house but several are wounded and Mad Eye Moody doesn’t make it.

Ron’s family tries to hold a wedding for their eldest son, but Voldemort’s Death Eaters break up the reception. Harry decides he has to separate from everyone to find the charms, aka “horcruxes,” that carry parts of Voldemort’s evil soul, so Voldemort can keep resurrecting himself. Ron and Hermione go with Harry to help.

Eventually, they figure out where the next charm is. It’s in the Ministry of Magic. So, they sneak back into London to take the charm, which turns out to be a locket around the neck of one of Voldemort’s smug cohorts.

They barely escape from the ministry, but can’t figure out a way to destroy the charm. So, each one of them takes turns wearing the locket while they keep trying to evade Voldemort and his minions. They soon discover that a magical sword can destroy the locket, but the sword is missing. Also, the locket is evil, and like the evil ring in THE LORD OF THE RINGS, the sinfulness of the person who wears it starts to come out. That’s when jealousy enters Ron’s heart. Will the three heroes be able to stay together and complete their quest?

PART ONE of the seventh movie in the HARRY POTTER series is probably the best, most exciting and heartfelt one of the lot so far, even though opinions are mixed on how good each of these movies really are. That said, after the locket is destroyed, the story changes to a story about Voldemort’s search for the most powerful magical wand ever made, which happens to be part of something called the Deathly Hallows fashioned by Death himself. A bigger problem is that the movie doesn’t give much of an explanation concerning the charms or horcruxes where Voldemort keeps parts of his rotten soul. This leaves viewers who haven’t seen the previous movie or read the other books out in the cold.

Even so, the story ends in a very exciting rescue. This occurs when Bellatrix Lestrange, Voldemort’s most psychotic disciple, captures Ron, Hermione and a disguised Harry. Unfortunately, the rescue will involve a terrible sacrifice that ends on a sad cliffhanger.

The worldview in PART ONE is mixed. The story makes a powerful statement against using magic, witchcraft or sorcery for power. In fact, the villains go by the phrase “Magic is might,” and they want to rid their kind of those who have non-magical parents, or “mudbloods,” as they call them. Also, the “heroes” in the story are trying to prevent the evil villain from being able to use sorcery to resurrect himself whenever his body is destroyed. Thus, the movie has a theme wherein the “heroes” are trying to prevent villain from getting eternal life without God as his power trip, which is seen as evil and sinful in some way, though not spelled out as it would in a story with an ethical monotheist worldview.

In addition to this, there are some redemptive elements in the movie. At one point, Harry wishes Hermione Merry Christmas when they visit his parents’ gravesite on Christmas Eve. And, there are themes of sacrifice and turning from temptation, as well as fighting against demonic forces.

The movie, and the original book, could have and should have made these Christian themes even more explicit, however. Also, Harry and his friends still use magic, witchcraft and sorcery to protect themselves and their friends, as well as to fight off evil attackers. These problems rate PART ONE a Minus Three, or “Excessive,” Unacceptability Rating from MOVIEGUIDE®. PART ONE is also too dark and scary for children. There’s also a scene of implied nudity in a nightmare vision of Harry and Hermione kissing that Voldemort’s evil soul sends to Ron, to stop him from destroying the evil locket and turn him against his friends.

“Let no one be found among you who sacrifices their son or daughter in the fire, who practices divination or sorcery, interprets omens, engages in witchcraft, or casts spells, or who is a medium or spiritist or who consults the dead. Anyone who does these things is detestable to the LORD; because of these same detestable practices the LORD your God will drive out those nations before you. You must be blameless before the LORD your God.”