BLUE IN THE FACE 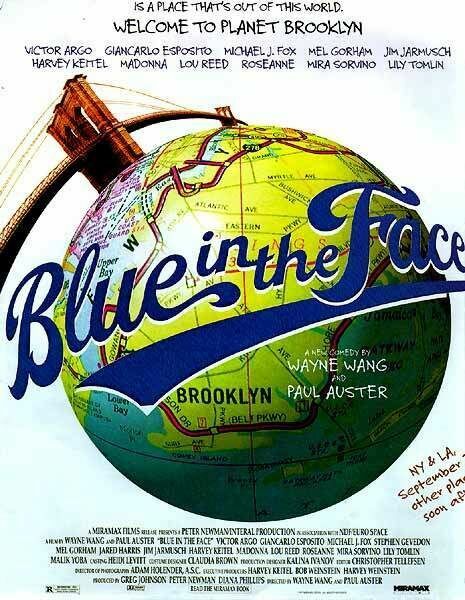 Shot in only five days on the set of the movie SMOKE, BLUE IN THE FACE showcases actors in extemporaneous dialogues. Interspersed among the staged monologues are native Brooklynites stating facts about their fair city. The result is an eclectic character study that informs rather than entertains. It also has no clear cut moral vision or theme and does contain excessive profanity and some sexual innuendo.

Shot in only five days on the set of the movie SMOKE, BLUE IN THE FACE uses many actors from SMOKE as they improvise this unique movie. The result is an eclectic character study that informs rather than entertains. Harvey Keitel again plays Auggie Wren, the benevolent shop keeper at Brooklyn Cigar Company. Through the course of a day, he is visited by a strange cast of characters, including: his hot-blooded girlfriend; rocker Lou Reed talking about New York City; and, Michael J. Fox playing a survey man who asks personal questions. There are two very undeveloped plot lines running through this series of vignettes. One involves the shop owner’s wife who wants to go to Las Vegas. The other is the shop owner who wants to close the store.

Mainstream America will find the movie boring, stilted and nonsensical. There is no story, so there is no moral or theme to the movie. So, this mishmash of ideas and attitudes only serves to serve the characters, each with their own attitudes and worldviews. Some characters use excessive profanity, and some use sexual innuendo. The result is an uneven, often confusing, but mildly amusing, film experiment that may or may not leave you blue in the face.