"Positive Messages Marred by Too Much Lewd Dialogue" 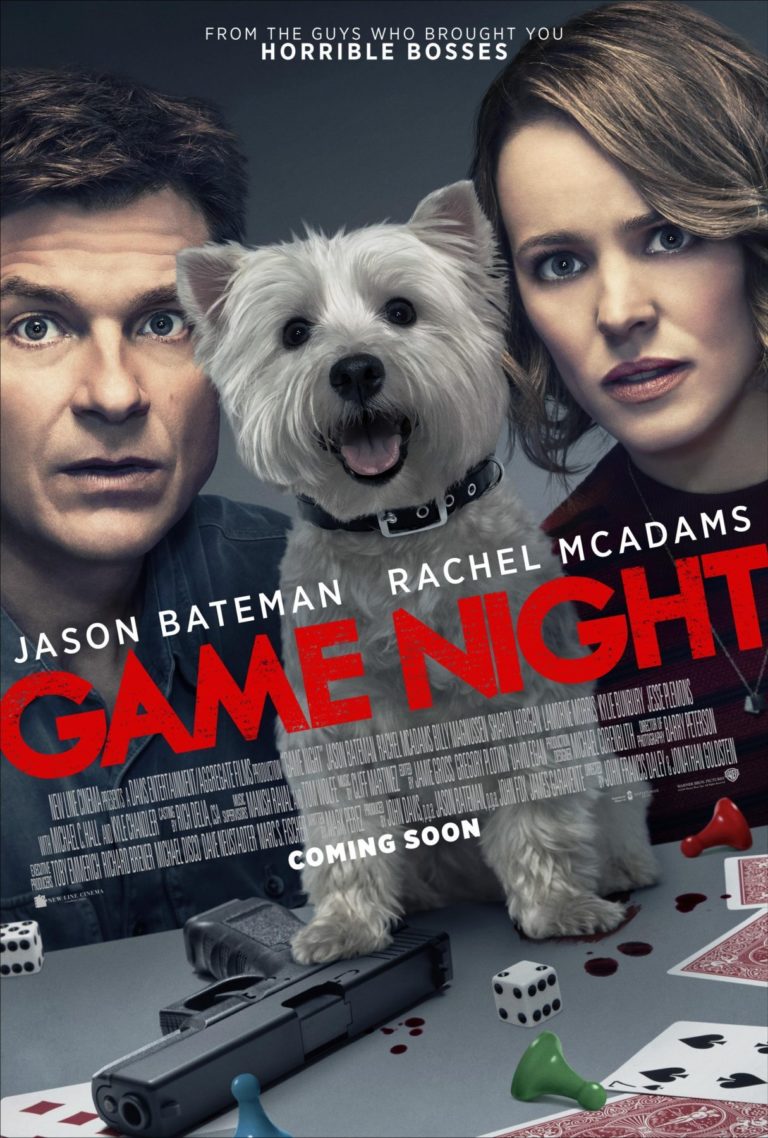 In GAME NIGHT, Max and Annie are the perfect match because they share an obsession with playing games. A weekly tradition they have is a game night at their home with their best friends. Brooks, Max’s super competitive and successful brother, comes to town and hosts a game night featuring a realistic kidnapping and mystery that the group must solve. When the game starts, Brooks is actually kidnapped by real criminals, but the group just thinks it’s all part of the game.

GAME NIGHT’s basic story is clearly a copycat of Bill Murray’s hilarious 1994 movie THE MAN WHO KNEW TOO LITTLE, but it still finds ways of being clever and unpredictable. The characters are unique, and many game enthusiasts will relate to the competitive, but charming couple Max and Annie. There are positive moral messages about fighting for your friends and family, even if you’re completely unequipped to do so. The movie also has a pro-marriage, pro-children theme. However, GAME NIGHT is marred by too much strong foul language and a short sequence with strong lewd jokes. Extreme caution is advised.

(BB, Pa, Ab, LLL, VV, SS, N, A, M):
Dominant Worldview and Other Worldview Content/Elements:
Strong moral worldview emphasizing fighting for your family and friends, even at personal cost, with pro-marriage and pro-children messages as well, marred by some immoral content;
Foul Language:
More than 52 obscenities (including at least 16 “f” words) and 12 profanities (mostly GDs and JCs);
Violence:
Strong violence includes fighting sequences with punching, kicking and shooting with some blood, a man is shot in the arm and his wife tries to surgically remove the bullet, a man is sucked through an airplane engine, a man is hit by a car, a knife is thrown into an arm;
Sex:
Strong sexual content during a lewd discussion surrounding oral sex and some passionate kissing;
Nudity:
No explicit nudity, but some women wear revealing dresses that show a lot of leg and some cleavage;
Alcohol Use:
Moderate drinking in a couple party scenes;
Smoking and/or Drug Use and Abuse:
No smoking or drug content;
Miscellaneous Immorality:
Lots of lying and cheating, which is rebuked, and a few racist comments.

In the movie GAME NIGHT, Max (Jason Bateman) and Annie (Rachel McAdams) are the perfect match for each other because they share an obsession with playing games. They get married and try to get pregnant, but have difficulty. A weekly tradition Max and Annie have is a game night at their home with their best friends.

There’s Ryan, a really unintelligent, but handsome young man who shows up at every game night with a new girlfriend. Then, there’s Kevin and Michelle, who have been together ever since high school. Max and Annie tell their friends to show up to their house sneakily, because their next-door neighbor Gary, a police officer, always wants to be invited, but he’s super weird and creepy.

On this particular game night, Max’s super successful brother Brooks is in town and will be joining their game night. Brooks is always putting Max down and always beats Max at every game, which drives Max, and Annie, crazy.

When Brooks rolls into the secret game night, Gary finds out that he was excluded, and Max and Annie’s cover is blown. Afterwards, Brooks tells the group he’ll host game night next week and promises it will be the best game night they’ve ever had.

The next week, everyone shows up to Brooks swanky mansion, and Brooks reveals that they aren’t actually going to play a board game. He has set up a kidnap mystery night where a group of actors will kidnap someone, and the group has to follow a series of riddles to solve the crime. Max is skeptical, but goes along. When two men barge through the door and start fighting Brooks, it’s clear they’re actually real criminals trying to take Brooks, but the group simply watches because they think it’s all part of the game.

Will the group be able to find Brooks and save him from legitimate danger? Also, what secret life is Brooks living to result in him getting kidnapped?

GAME NIGHT’s basic story is clearly a copycat of Bill Murray’s hilarious 1994 movie THE MAN WHO KNEW TOO LITTLE, but it still finds ways of being clever and unpredictable. The characters are unique, and many game enthusiasts will relate to the competitive, though charming couple Max and Annie. What keeps the movie from slogging into a boring action comedy is actually some great twists halfway into the movie. Though there are indeed some great laughs, too many jokes are crude, violent or contain foul language.

GAME NIGHT contains positive moral messages about fighting for your friends and family, even if you’re completely unequipped to do so. The movie also has a pro-marriage and pro-children theme. However, it’s marred by excessive foul language and one sequence with unnecessarily lewd sexual jokes. Extreme caution is advised.