"Important, But Be Careful" 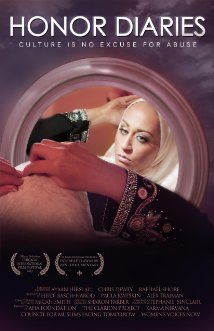 HONOR DIARIES is an important documentary showing how male-dominated Muslim cultures like Saudi Arabia treat women like property, forcing them into marriage and mutilating their bodies. Interviews with nine women, including several activists, discuss the different ways the perverted Muslim concept of honor is a device to abuse women and children. The movie describes the horrible way these women who have offended the family’s “honor” are killed. Finally, it shows how many western authorities are looking the other way and sometimes even condoning these evil practices.

HONOR DIARIES has a clear feminist, humanitarian viewpoint trying to get people to stop excusing the horrible abuse of women and children. In the process of taking this fine line, the program sometimes defends Islam and includes Christianity as being part of the problem, along with every other religion. However, God isn’t the problem. Faith in Jesus Christ isn’t the problem. Jesus actually came to set the captives free. That said, HONOR DIARIES is to be commended for clearly presenting the case that legal action must be taken to protect women and children from Muslim culture.

(BB, FeFeFe, FRFR, Pa, C, Ab, VV, S) Moral worldview, but with very strong feminist elements, some false religion such as some Pro-Muslim content and some universalist content, plus light Christian and light Anti-Christian content, and Anti-Muslim content; no foul language; documentary footage of mutilated women, woman with acid scars, references and descriptions of genital mutilations and child rape, etc.; discussions of child rape and other sexual abuse; no alcohol; no smoking or drugs; and, nothing else objectionable.

HONOR DIARIES is a very important documentary about the evils and abuses against women and children in the Muslim world in the name of honor. Although this concept of honor is clearly a Muslim perversion of real honor, the nine women who discuss the problem defend Islam several times and suggest the same problem occurs in other religions.

This may be true of Hinduism and Buddhism, but they also extend it to Christianity, which is NOT true. To set this record straight, Paul says there is no male or female in Christ. So, there is no Scriptural basis for the horrors created by the Koran and other Islamic texts.

That said, nine women (eight of whom are Muslim) discuss the disparate ways that the Muslim concept of honor is a patriarchal device to abuse women and children. Right up front, these women agree that honor is the concept by which the patriarchal male-oriented society controls women. Muslim men don’t let their women have an education. Very few have made it into government or any significant career.

When the women westernize, Muslim men burn and/or torture and/or shoot and/or beat and/or stone the girls and women. There are hundreds of millions of women who have been oppressed in Muslim countries.

Then, the women get into more specifics, such as female genital mutilation, which has happened to 150 million women, half of them before they’re 18-years-old, some of whom have died.

Then, they talk of child brides and little girls who commit suicide or die of the sexual act by some perverse, older Muslim man. Finally, they get into the honor killings themselves and the horrible way these women who have offended the family’s “honor” are killed.

There are several key points in HONOR DIARIES.

One is that mothers and other women often become the enforcers, not just for genital mutilation but also for honor killings. There’s footage, for example, of a woman, who says she threw acid in her daughter’s face and would do it again. According to the nine, by enlisting women to enforce the honor system of Islam, the men can say, “I didn’t do this. Women want genital mutilation. They want to protect family honor too.”

Then, number two, there’s the response or lack thereof of western authorities and officials. The nine women talked about little girls in Britain taken out of school to have genital mutilation, but the schools look the other way. They also mentioned honor killings in western countries where the men got lighter sentences because it’s “part of their Muslim culture.”

It’s clear from talking to the producers that they were interested in making a movie that would not be Islamophobic. Therefore, it has a clear feminist and humanitarian viewpoint trying to get western governments and individuals to stop excusing the horrible abuse of women and children under the concept of honor. In the process of taking this fine line, the program defends Islam and suggests that Christianity in a minor way is part of the problem, along with every other religion.

However, God is not the problem. Faith in Jesus Christ is not the problem. Jesus came to set the captives free. Christianity was essential for the freedom in Western Civilization from the evils that can be seen in Islam and other systems. Professor Alvin Schmidt’s book HOW CHIRISTIANITY CHANGED THE WORLD should be read by everyone. Hospitals, education, equality, self-government all flow out of Christianity. The evils exposed in this movie were evils that existed before Islam in pagan cultures such as Rome, Sparta, Babylon, and Persia, not to mention the Aztec culture where the pyramids ran with the blood of sacrifices, usually young women and children.

All that said, HONOR DIARIES is to be commended for clearly presenting the case that legal action must be taken to protect women and children, and that this religious and cultural behavior should not be condoned but must be condemned thoroughly.