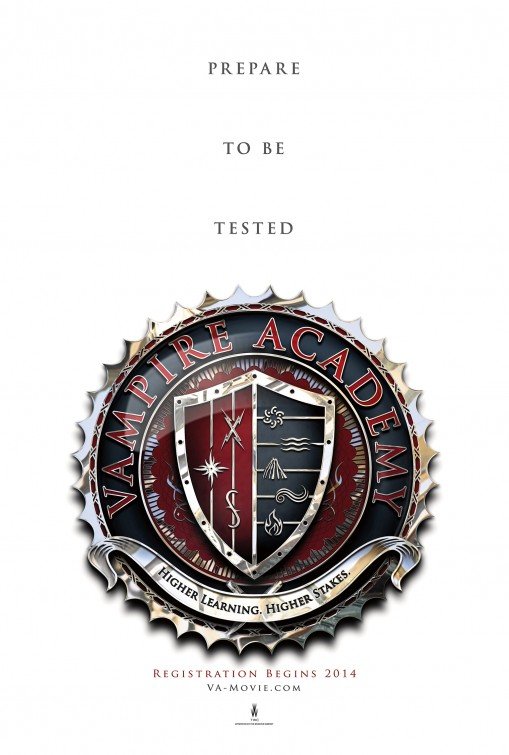 VAMPIRE ACADEMY is the first in a series of books about teenage vampires and their young guardians. The story focuses on young Rose, a would-be guardian and friend to a vampire princess named Lissa. Rose has developed a mystical, emotional bond with Lissa. Sometimes she can see Lissa having private conversations with other people. Meanwhile, Lissa seems to be developing stronger magical powers than the other young vampires her age. Rose has to protect Lissa from a clique of teenage vampires. There’s a deeper plot against Lissa, however, that puts many lives in danger.

The tone of VAMPIRE ACADEMY is much lighter than the tone of the novels. It makes everything seem pretty silly and uninteresting. Also, the movie’s worldview is occult and contains a mixture of vampire mythology and magic, including love charms. There are even vague references to Christianity and church. None of it makes any sense. VAMPIRE ACADEMY also contains plenty of relatively light foul language and raging teenage hormones. The combination is abhorrent. VAMPIRE ACADEMY will upset fans of the books and turn off the average moviegoer.

(OOO, FR, C, Pa, Ho, LL, VV, SS, N, A, MM) Very strong occult worldview about vampires who can use magic and mind control, with some strange, confused references to Christianity, God, Christian ideas of sin, church, and a saint that remain unexplained, plus a couple pagan or poetic references to gods and a reference to cross-dressing and implications of lesbianism; 17 obscenities and eight light profanities; strong, sometimes scary violence, includes martial arts fighting, people stabbed, animals killed to scare good guys, large scary dogs snarl and attack, people shot, student’s coat set on fire as a prank, sudden car crash, car crash victim’s arm is bloody, vampires bite people and suck blood; strong sexuality includes references to teenage fornication, references to bad teenagers exchanging favors for sex, love charm tricks teenage girl and her older trainer to start taking off clothes and going to bed but they come to their senses, a reference to cross-dressing, vampirism is shown to be something sexual, at least in part; supper male nudity, teenager girl in underwear, female cleavage; alcohol use; no smoking or drugs; and, lying, deceit, mind control used as a weapon against other people, kidnapping, false accusations, bullying, insults.

VAMPIRE ACADEMY tries to cash in on the teen vampire craze. It’s based on a series of popular young adult novels. Both the first movie and the first novel have a strong, confused occult worldview.

The whole series is about a girl named Rose Hathaway, who’s a special guardian and friend to a vampire princess named Lissa Dragomir. The first movie opens with Rose and Lissa being dragged back to St. Vladimir’s Academy, a school for vampires and their guardians from which they ran away. The vampires have the power to wield magic, but their guardians don’t. Rose has developed a mystical, emotional bond with Lissa. Sometimes she can see Lissa having private conversations with other people. Meanwhile, Lissa seems to be developing stronger magical powers than the other young vampires her age. Rose has to protect Lissa from a clique of teenage vampires. There’s a deeper plot against Lissa, however, that puts many lives in danger.

The movie version of this first book has added a hokey first-person narration from Rose to drive the plot. The movie’s narration is much lighter than the original book’s first-person narration, so it defeats the book’s seemingly more serious tone, which reads more believable. Even without the hokey tone, however, the story’s occult mythology doesn’t make much sense. In fact, it seems rather silly. Traditional vampire mythology is given a contemporary spin that’s hard to explain or understand. Also, the addition of magic or sorcery to the plot makes things even more confusing and silly. Finally, the movie inserts some Christian content into all this, including references to church. The weird combination is never fully explained, at least not in a way that makes much sense.

VAMPIRE ACADEMY also contains plenty of mostly light foul language and references to teenage sexuality. Also, the movie (and the book) considers vampirism to be partly sexual in nature. This content and the confused occult worldview are abhorrent.

Fans of the book series will be turned off by VAMPIRE ACADEMY. Non-fans won’t be interested. Most media-wise viewers will just stay away.