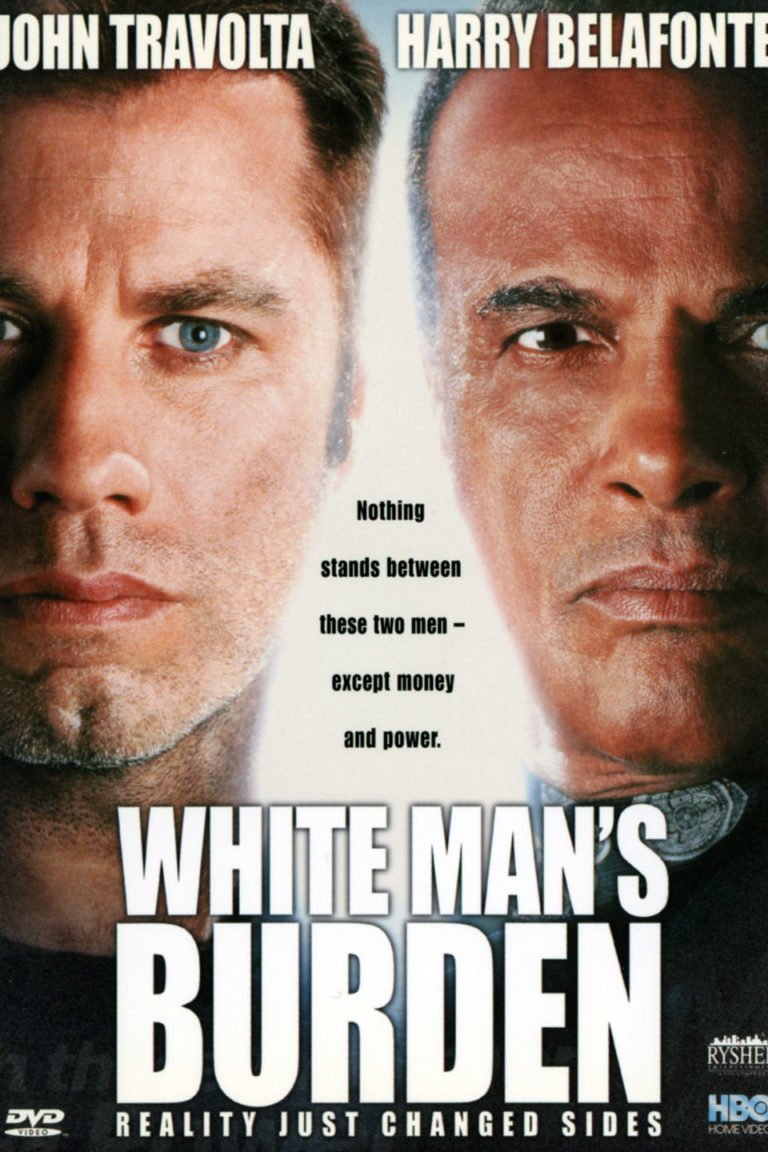 WHITE MAN'S BURDEN shows what might happen in America if blacks were the majority and whites were the minority. John Travolta plays an angry white man trying to get back at his unjust boss played by Harry Belafonte. In spite of its fascinating theme, the story plods along without arousing genuine compassion for either man. It shows stereotypes including the foul-mouthed hood resident with little lasting social commentary.

WHITE MAN’S BURDEN shows what might happen if blacks were the majority and whites were the minority. Showcasing John Travolta and Harry Belafonte, this picture presents an intriguing premise that is only mildly involving. Travolta plays Louis Pinnock, a blue-collar worker at a factory owned by Belafonte’s Thaddeus Thomas. Louis goes to the Thomas house to deliver a package. Louis becomes disoriented and looks into a window at the undressing Mrs. Thomas. Louis is fired. Louis goes directly to Mr. Thomas to straighten out the matter, yet is turned away. Louis becomes outraged, but his troubles just begin. He is beat up by policemen, and his landlord kicks him out. Driven to desperation, Louis forces Thomas at gunpoint to go to a bank. During a getaway moment, Thomas momentarily flees but is cut down by a heart attack. Louis revives him and tries to get him some help. When the police arrive, the result is a fatal tragedy.

In spite of its fascinating theme, the story plods along without arousing genuine compassion for either man. Perhaps the most searing commentary is not against the whites, but against the police. WHITE MAN’S BURDEN is told with a humorless straight face that is too serious for entertainment and too bland for social commentary. It is also violent and foul mouthed