PARANORMAL ACTIVITY: THE MARKED ONES 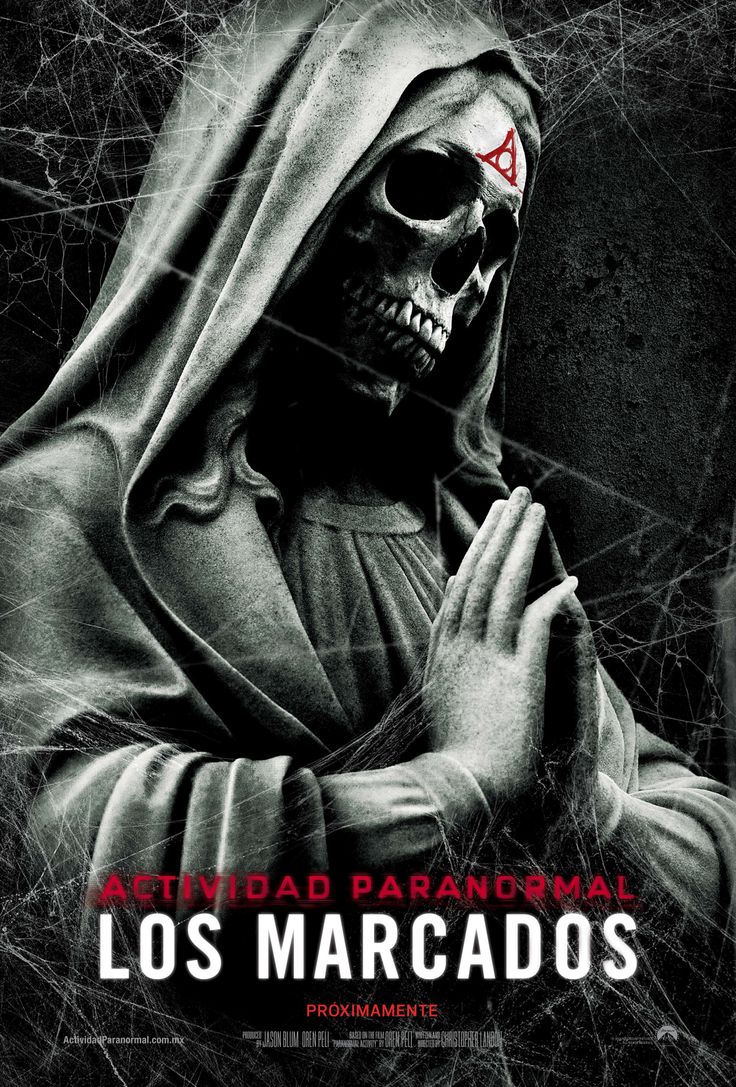 PARANORMAL ACTIVITY: THE MARKED ONES is set in a Latino barrio in Oxnard, California. Freshly graduated from high school, two teenage boys, Jesse and Hector, acquire a camera and begin documenting their carefree exploits together. They record themselves shooting fireworks and drinking. They secretly record their reclusive and mysterious neighbor, Anna. One day, they spy two women performing an obscene occult ritual in her place. That night, Anna is found dead. Jesse, Hector, and their friend, Marisol, sneak into her place and find occult materials. Soon, Jesse shows signs of demonic possession. He kills his grandmother and runs away. With help from two gang friends, Hector and Marisol try to rescue Jesse from an evil coven of witches.

THE MARKED ONES is a simple, formulaic horror movie. The dialogue and acting is poor. But, the movie’s weakest, most damaging element is its intense occult worldview. Evil seems all-powerful and good seems non-existent. Also, Christianity is seen as impotent. THE MARKED ONES also has abundant foul language, some extreme violence, lewd content, and explicit nudity. PARANORMAL ACTIVITY: THE MARKED ONES is abhorrent.

(OOO, AbAb, C, B, PaPa, LLL, VVV, SS, NNN, AA, DD, MM) Dominant occult worldview, where Christian prayers and moral people are ineffectual against witches and demons and main characters become possessed by demons and cause destruction to themselves and others, several images of witchcraft including a room filled with pentagrams and a severed goat’s head, use of an electronic Simon board, demonic rituals, plus strong pagan behavior involving teenagers; 237 obscenities (including 130 “f” words) and seven profanities (taking God’s name in vain); some very strong and strong violence includes several scenes of fighting, one character kills two thugs using demonic powers by throwing them across a schoolyard, he also throws a teenager at a convenience store onto the ground and attacks the cashier with a bat, a female character falls through a glass roof onto the floor (with profuse blood), a man is repeatedly stabbed with a butcher knife, another character shoots two witches using a shotgun, a main character throws his grandmother down a flight of stairs (her dead body rests in a pool of blood on the floor below), a main character tortures a dog by pinning it to the ceiling with demonic powers while it struggles, a demon-possessed character commits suicide by jumping from several stories onto a car, a demon-possessed figure attacks a person holding a camera (only sounds of the struggle), and a severed goat’s head appears in an empty room (it’s implied that it was for a ritual); two teenagers engage in sexual intercourse after a scantily-clad female makes the invitation, she’s wearing only a revealing bra and underwear, and they stop the intercourse so the male can find a condom, and the scene is interrupted; extended scene of full-frontal female nudity during a satanic ritual, we also see another naked woman from behind who’s drawing symbols on the first woman; the underage main characters drink beer at two different parties, one main character drinks shots of tequila with his grandmother, who becomes tipsy; a brief scene of drug use (marijuana in a bong); and, tattoo on one character, piercing on another character, two teenagers sneak a spy camera into woman’s bedroom, crude prank, a main character pulls black string from his eyes, and a main character uses demonic powers to levitate and defy gravity to entertain his friends.

PARANORMAL ACTIVITY: THE MARKED ONES is a horror movie employing the “found footage” cinematography style. It follows a group of teenagers who experience demonic possession and oppression. It’s a jump-scare movie with very little entertainment value and a plethora of negative elements.

PARANORMAL ACTIVITY: THE MARKED ONES is set in a Latino barrio in Oxnard, California. Freshly graduated from high school, two teenage boys, Jesse (Andrew Jacobs) and Hector (Jorge Diaz), acquire a camera (whose footage comprises the movie) and begin documenting their carefree exploits together. They record themselves shooting fireworks and drinking with friends at a post-graduation party, among other “jackass”-type exploits. They mock their reclusive and mysterious neighbor, Anna (Gloria Sandoval), and send a child to knock on her door. They jokingly call her a “bruia” (witch), which turns out to be the case.

Jesse and Hector hear strange sounds from Anna’s apartment one night. They decide to snake their miniature camera through the air vent to see what’s happening. They discover two naked women, one drawing occult symbols on the other. They excitedly tell their friend Marisol (Gabrielle Walsh) about their discovery. That night, Anna is found dead in her apartment and taken away in a coroner van. Jesse, Hector and Marisol break into her apartment and discover occult books, figures, and imagery.

A demon seems to possess Jesse in the midst of their investigation. Jesse wakes up the next day with blood on his sheets and bite marks on his arms. He discovers he has supernatural powers, like leaning back from standing and not falling down, and throwing objects great distances. Over the course of the movie, the demonic possession turns Jesse increasingly dark and unable to control his actions. He kills his grandmother and runs away, prompting Hector and Marisol to look for him.

Contacting a friend with great familiarity with local witch covens and occult practices, they learn that Jesse has likely gone to a witch house as part of a lifelong ritual that targeted Jesse. They bring two gangbanger friends with them to rescue Jesse, and put themselves in imminent danger for the cause.

THE MARKED ONES is a simple, formulaic, abhorrent horror movie, the fifth in the PARANORMAL ACTIVITY line. The dialogue and acting is simple but realistic in depicting post-high-school life in a Latino barrio. If the movie were a real-life occurrence, one can imagine that the movie depicts how things would actually go. Outside of these things, there are simply no positive or redeeming elements in the movie.

The movie’s weakest and most damaging element is its intense occult worldview. The movie seems to glorify and glamorize the occult (as do its predecessors) even in its convincing portrayal of peril. Following suit with other occult-type movies, there are several scenes where a concerned grandmother attempts to pray over her possessed grandson, to no avail. In the movie’s gesture to the impotence of Christian prayer, he kills her in a fit of demonic rage.

THE MARKED ONES is replete with a sense of dread throughout. It’s especially damaging in its mixture of nudity and witchcraft, which includes the early scene involving two naked women painting occult symbols on their bodies. Also, evil seems all-powerful and good seems non-existent. Thus, demonic forces kill all of the main characters, and witches seem to prevail in the end.

The foul language in THE MARKED ONES is almost constant. The violence is jarring and realistic, and sometimes very strong and bloody. The concerned grandmother prays in Spanish to the Father, Son, and Holy Spirit for her possessed grandson, but her faith is portrayed as an impotent gesture. THE MARKED ONES also has few moral elements, outside of Hector and Marisol’s concern for their possessed friend.