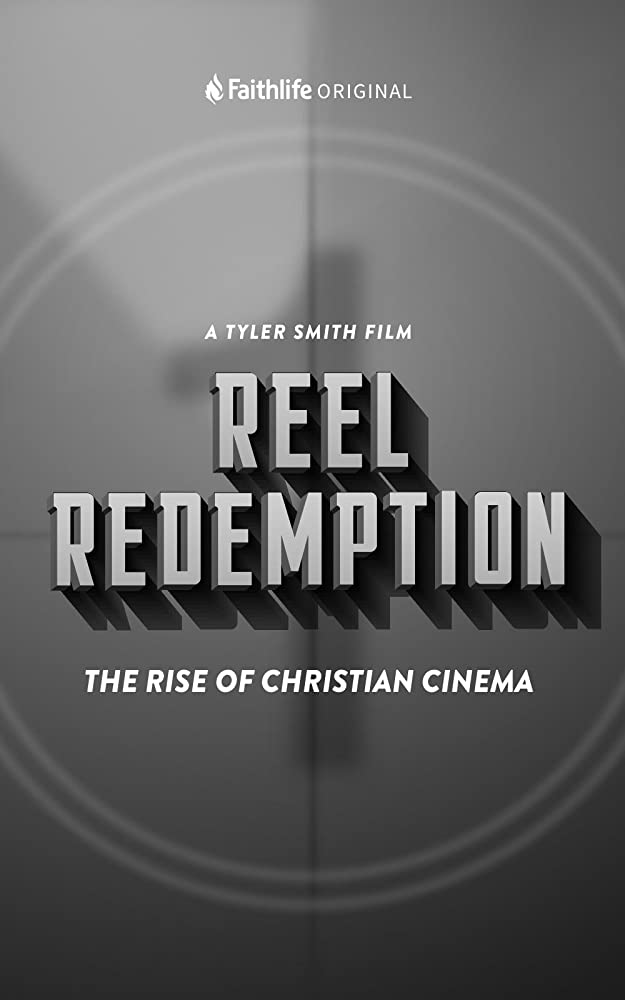 REEL REDEMPTION: THE RISE OF CHRISTIAN CINEMA is a confused documentary that tries hard to tell the story of faith and film in Hollywood. REEL REDEMPTION starts several years after the beginning of the film industry and ignores the early greats such as William N. Selig, the first Man Who Invented Hollywood, the activities of churches in producing and screening movies, and early Christian movies such as QUO VADIS.

Besides ignoring the close early relationship between churches and movies, when many movies were released theatrically in churches, the movie highlights box office failures and misstates some box office figures by not considering inflation. However, some scenes are brilliant, including an opening scene from HAIL, CEASAR!. That said, REEL REDEMPTION tries to make good points about film genre, but fails by ignoring that Hollywood insisted in the 1930s that movies be considered the Entertainment Industry, not an art. Too often the movie puts labels on filmmakers and movies that are presumptuous. So, REEL REDEMPTION: THE RISE OF CHRISTIAN CINEMA is a nice try, but still needs work and re-editing to achieve its goals.

(CCC, BBB, Ab, FR, Co, Ho, L, VV, S, N, A, DD, M):
Dominant Worldview and Other Worldview Content/Elements:
Christian worldview where the tension between faith values and the ways of the world collide, but Christian filmmakers continue to make movies, a few Anti-Christian elements when talking about some movies with questionable and false theology such as Jesus questioning/doubting His divinity in THE LAST TEMPTATION OF THE CHRIST based on the book by the troubled Marxist-Buddhist Nikos Kazantzakis, people become pastors in movies to satisfy their own personal needs, and mention of Catholic priests who abused young boys, communism mentioned in regards to history but not understood, and homosexuality mentioned in a historical context where some characters were portrayed as “effeminate” or “butch” but weren’t outright with their sexuality
Foul Language:
Someone says an “h” word
Violence:
Some strong and light violence such as a man’s face melts off in RAIDERS OF THE LOST ARK, brief displays of physical fighting in archival footage with some blood depicted, Jesus seen hanging on the cross and carrying the cross while blood runs down his body, conversations about sexual abuse at the hands of Catholic priests, and mention of rape
Sex:
Implied adultery in THE GRADUATE and conversations about sexuality
Nudity:
Upper male nudity and implied female nudity, but nothing explicit shown
Alcohol Use:
Alcohol shown in some movie footage
Smoking and/or Drug Use and Abuse:
Smoking depicted in period movies and mention of drug abuse, but not endorsed; and,
Miscellaneous Immorality:
Confused revisionist history and sophomoric speculation.

REEL REDEMPTION: THE RISE OF CHRISTIAN CINEMA is a confused documentary that tries hard to be a Christian attempt to tell the story of faith and film in Hollywood. Chronological confusion, speculative presumptions and misinformation in REEL REDEMPTION diminish the movie’s attempt to manifest a Christian worldview by some filmmakers whom we appreciate a lot as friends (although this review may diminish that friendship).

REEL REDEMPTION starts several years after the beginning of the film industry and ignores the early greats such as William N. Selig, the first Man Who Invented Hollywood, the Pathé brothers, the Lumiere brothers, and many more. A simple read of the great book THE SILENTS OF GOD and the book COL. WILLIAM N. SELIG, THE MAN WHO INVENTED HOLLYWOOD, would have helped the movie’s historical accuracy and flow.

Regrettably, the scenes and pictures often contradict the narration. For instance, a shot of the first page of the 1934 Motion Picture Production Code comes with narration about movies that offended some Christian leaders, although these movies mentioned preceded the Motion Picture Code. This may not be a script problem, but an illustration mistake.

On the other hand, some of the scenes are brilliant, including an opening scene from the great MOVIEGUIDE® award winning movie HAIL, CEASAR!.

Besides ignoring the close relationship between the church and movies in the first two decades of the movie industry, when many movies were released theatrically in churches, the movie makes the mistake of highlighting box office failures and misstating some box office figures by not considering inflation.

REEL REDEMPTION tries to make some good points about film genre, but fails by ignoring that the Writers Guild of American insisted in the 1930s that movies be considered the Entertainment Industry, not an art. Without this awareness, the documentary doesn’t understand that movies follow successful patterns to fulfill their role as an industry whose purpose is to make money by moving a broad audience or a niche audience, not an art.

As a friend who was the head of distribution at Warner Bros. Pictures pointed out, Warner Bros. made different categories of movies, which he labeled invoking baseball terminology: singles for small demographic groups, doubles for couples, triples for families, and four corner blockbuster movies to reach and wide audience. Thus, movies for women, such as the Hallmark Christmas movies, follow a predictable pattern. Movies for Asian audiences do too. As do movies for Spanish speaking audiences. Some of the worst in terms of overall quality are movies aimed at the perverse sexual audiences. These movies aimed at different audiences are made to exploit the audience, not as great art. It is the Entertainment Industry.

The consideration of Christian movies doesn’t consider the first decades of the movie industry or the fact that movies with Christian content and worldviews have always been produced on several levels, such as blockbuster movies like the 1927 version of KING OF KINGS, QUO VADIS, A MAN CALLED PETER. and hundreds more; major movies form Christian production companies, such as Cathedral Films, the Episcopal Radio TV Foundation (THE LION, THE WITCH AND THE WARDROBE), the Luther Church, etc.; and, movies for the church audience produced by denominational groups and famous filmmakers, such as Ken Curtis and Shorty Yeaworth.

Also, the movies focuses on some artistic movies that were not in the mainstream, but would have been worth considering if the documentary had posed a different premise. The movie also goes out of its way to find reviews that were not relevant and ignores many of the major reviews.

REEL REDEMPTION does have a nice nod to our very own MOVIEGUIDE®, which is an official advocate to the Entertainment Industry on behalf of the Christian audience and family viewers, as well as more recent Christian movies. Even so, the attempt to be balanced, though praiseworthy, often confuses irreverent and even immoral content with deeper storytelling, when in fact the deepest stories can be told in movies with no irreverence, such as movies about suicide like IT’S A WONDERFUL LIFE and INSIDE OUT, or movies with intense violence, such as SCHINDLER’S LIST and HACKSAW RIDGE.

Too often the movie puts labels on filmmakers and movies that are presumptuous. For instance, the co-producer of NOAH is a close friend of MOVIEGUIDE® who judges the Kairos Prize. He notes that Darren Aronofsky was giving very faith friendly interviews about NOAH until his wife ran off with another man, which shook his very family-oriented Jewish beliefs. Some research might have solved these gaffes.

So, REEL REDEMPTION: THE RISE OF CHRISTIAN CINEMA is a nice try, but still needs work and re-editing to achieve the goal set for it.