"Everyone Needs a Family, Even Batman" 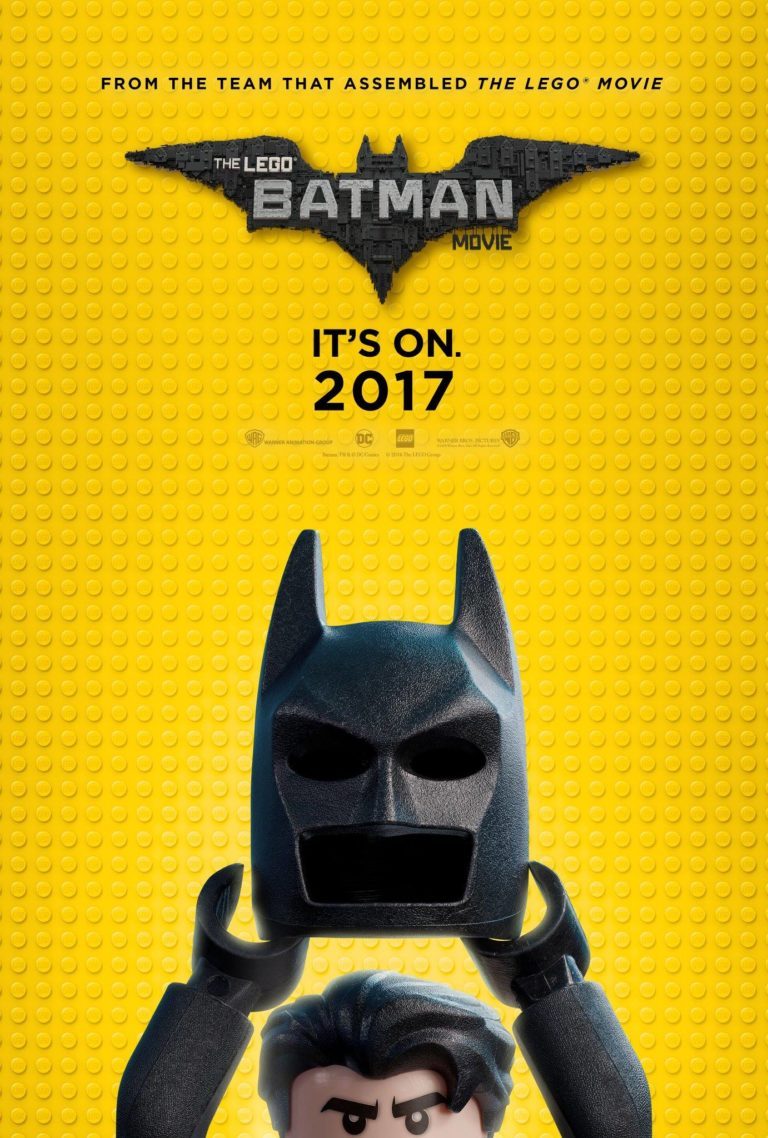 In the animated comedy, THE LEGO BATMAN MOVIE, Batman is Gotham’s beloved hero, who’s always at odds with villains like the Joker. Batman thinks he doesn’t need anyone to help him, but secretly he’s afraid to be close to anyone. However, he accidentally adopts an orphan boy. Then, the Joker hatches an evil plot to take advantage of Batman’s pride. Eventually, Batman must team up with newly appointed Commissioner, Barbara Gordon and overcome his fear of having a family.

THE BATMAN LEGO MOVIE is very funny, clever, action packed, exciting, and even touching. The movie has many strong moral, redemptive elements. Batman learns that everyone, including he, needs a family. He also learns he must change his hard persona and be kind, gracious, loving, and caring. By adopting Robin, he also learns what it means to be a good father and begins to appreciate Alfred, who’s like a father to him. The only questionable elements are a comical misunderstanding about Robin having two fathers, Batman and Bruce Wayne, some light comical innuendos and animated action violence. So, LEGO BATMAN warrants a light caution.

(BBB, C, Pa, O, PC, V, N, A, M) Very strong moral worldview with redemptive elements stresses the importance of relationships, family, love, humility, repentance, changing one’s bad behavior, protecting others, adoption, one light Christian reference of having one’s “Cross to bear,” plus some light pagan elements implying Batman and the Joker are incomplete without the other, but this is somewhat refuted when Batman gets a family in the end, and the movie includes villain cameos from some movies with magical elements, such as THE WIZARD OF OZ, and HARRY POTTER, and there’s a comical politically correct misunderstanding about Robin having two dads, Batman and Bruce Wayne, but of course they are really the same person; no foul language, but character says “sucks,” “Dear Gosh” and “bloody,” light scatological humor; animated action violence, characters shoot guns, but always say “pew pew” when doing so, fights, explosions, villains (including some monsters, witches, wizards, and creatures) destroy a good portion of the city; no sexual content, but there’s a reference to Bruce Wayne’s being a playboy, Poison Ivy tries to kiss Batman to poison him, but he keeps putting penguins in front of his face, and she accidentally kills them; Batman and Robin are seen in their underwear multiple times), and viewers see Batman’s abs; a reference to wine; and, Batman disguises himself as Madam Mayor, a reference to Batman not paying his taxes, and stealing, which isn’t condoned, however.

THE LEGO BATMAN MOVIE is a hilarious animated action movie which is a spinoff of the 2014 hit THE LEGO MOVIE.

The movie begins with The Joker once again trying to destroy Gotham city, this time by exploding the underground cavern beneath the city and collapsing it. He relishes the fact that he’s Batman’s greatest villain. Of course, Batman at the last minute saves the day, but in doing so, breaks the news to the Joker that he actually isn’t his worst villain. In fact, Batman is indifferent not only to the Joker, but to everyone. In an odd and hilarious way, this breaks the Joker’s heart.

Batman soaks in the praise of the city, which feeds his ever-growing ego, if it could grow any more. When he’s at home, however, other than his helpful butler Alfred, he spends his time alone.

Commissioner Gordon’s daughter, Barbara, is chosen as the new Commissioner, and she unveils a plan where she wants the city to no longer rely on Batman, but instead have the police work with him. She calls her plan, “It Takes a Village. . . . Not a Batman.” Batman/Bruce Wayne is conflicted, since he’s infatuated by Barbara Gordon in a romantic way, but abhors the idea of working with anybody else, especially the police. Also, Bruce accidentally adopts an orphan named Dick.

Alfred grows fond of the young boy Dick, and forces Batman to take him under his wing. Batman of course is rough and mean to Dick, and wants nothing to do with a relationship of any kind, especially a father-son one.

When the Joker and all his villains turn themselves over to the police, Batman is confused and feels incomplete without having criminals to stop. As a result, he falls prey to a sinister plan the Joker has conceived.

Will Batman reconcile his need to be in a relationship with others? Will he realize how much he’s hurt some of those around him? Will he be able to stop the Joker from destroying Gotham?

Though a bit convoluted in some places because of too many storylines (mostly with the unnecessary character tension between Batman and the Joker), THE LEGO BATMAN MOVIE is actually an improvement on the already great LEGO MOVIE because it retains depth, but doesn’t have as many philosophical messages in it. The movie is laugh out loud funny, incredibly clever, action packed, exciting, and even touching. At points, the action can be hard to follow because of the mechanics of the LEGO movements.

Happily, the movie has many strong moral, redemptive elements. Batman learns that he, and others around him, need a family to love and to loved him (and the picture that is most strongly pictured is a traditional family). He also learns he has to change his hard persona and be kind, gracious, loving, and caring. Through his adopted son, Batman learns what it means to be a good father as well, and learns to appreciate Alfred, who’s like a father to him. Batman also makes a reference to having a “cross to bear.”

The original LEGO MOVIE contained several politically correct elements. LEGO BATMAN has considerably less. The main questionable element is when the adopted boy Dick doesn’t know Batman and Bruce Wayne are the same person, so he thinks he has two dads. This reference to co-custody is only made a few times, though there’s no implication of homosexuality, since Batman is clearly in love with Barbara Gordon. Also, the Joker’s obsession with Batman culminates in Batman finally saying he “hates” the Joker, which pleases The Joker greatly and seems to give him purpose in life. In addition, Batman steals a weapon from Superman, but this has major consequences. There are also references to Bruce Wayne’s playboy ways and some light innuendo.

In conclusion, THE LEGO BATMAN MOVIE is for the most part wholesome fun with some light questionable elements that require a light caution.