THE MUSIC OF CHANCE 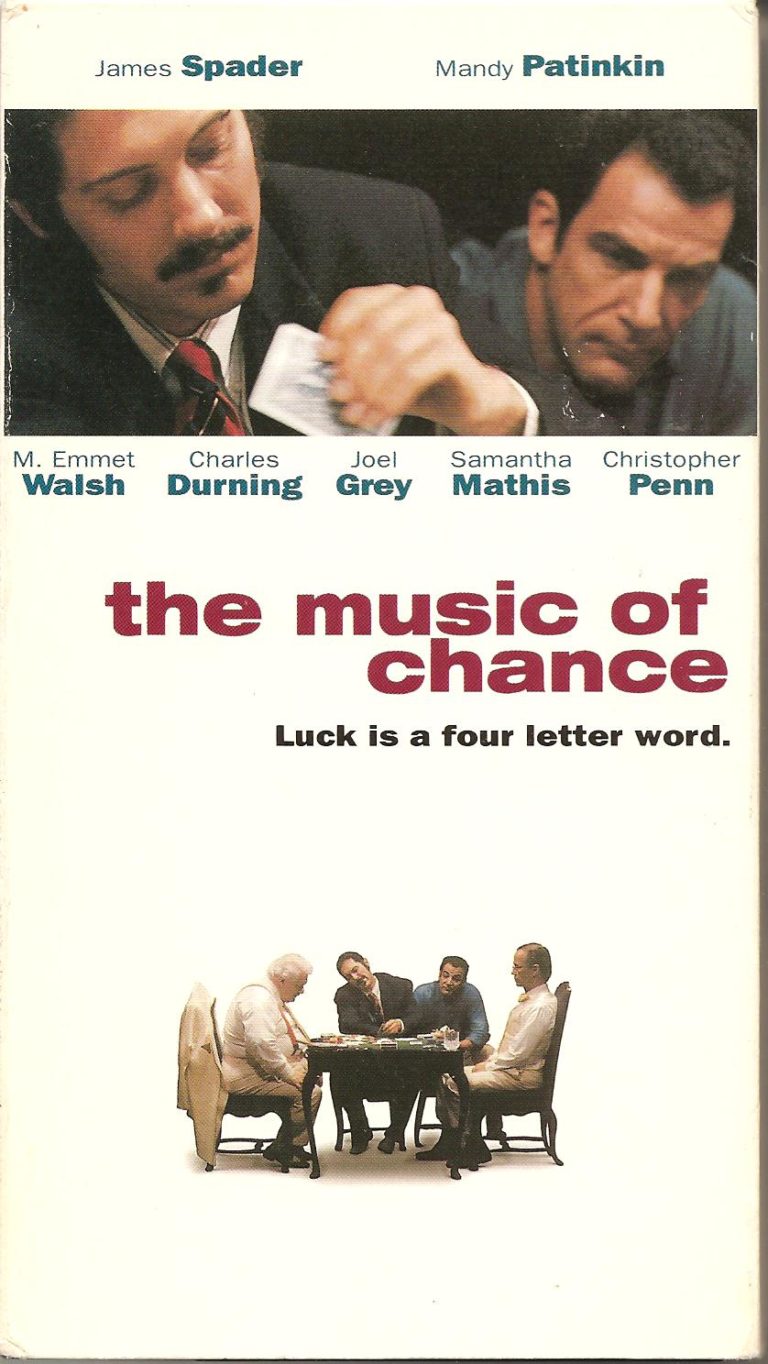 Two drifters, Jim Nashe and Jack Pozzi, meet by chance on a lonely road outside New York City. Running low on funds, both men form a business partnership to raise some fast money in a high stakes poker match. Despite its flaws, including a weak ending, alcohol abuse, some foul language, gambling, and implied sexual immorality, THE MUSIC OF CHANCE takes a serious look at the nature of responsibility in a world where responsibility is a forgotten ideal.

THE MUSIC OF CHANCE is a mesmerizing film about two drifters, Jim Nashe and Jack Pozzi, who meet on a lonely road outside New York City. The men form a quick business partnership to raise some fast money. Jim puts up his last $10,000, and Jack contributes his skills at poker. The two meet two eccentric millionaires, Bill Flowers and Willie Stone, whom Jack has already beaten at cards, and who want a rematch. At first, the game goes well for Jack, and he wins $27,000, but then, Jim, disappears to use the bathroom during which time Jack loses most of the money. Jim and Jack try to recoup by putting up $5,000 they do not have. They lose and end up in “a dilemma.” Stone has a solution. He suggests that the men work off their debt by building a stone wall in one of the meadows on their property. Jack Pozzi is outraged. The thought of honest labor is too much for him. He threatens to walk out. What follows is a series of bizarre circumstances that result finally in Jack’s death when he tries to leave the grounds. By their actions, the men create a prison from which it seems impossible to escape.

Despite its flaws, including a weak ending, the film takes a serious look at the nature of responsibility in a world where responsibility is a forgotten ideal. The film suggests that every action has a consequence, and if we do not look beyond our actions, we will be imprisoned by the consequences of those actions.