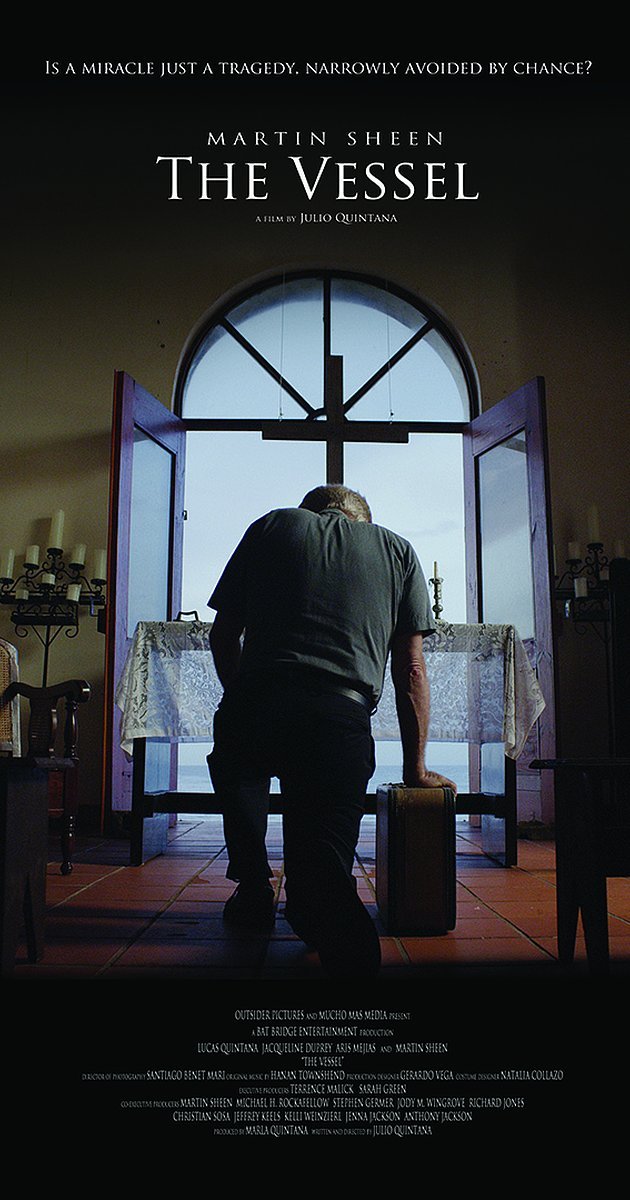 THE VESSEL is a very sacramental movie with a strong Christian worldview. When a tidal wave kills the children in a Caribbean fishing village, the town loses all hope. A young man named Leo gets drunk with his friend and drowns. However, Leo seemingly resurrects. The priest believes this is a sign from God. Leo is a kind and giving person. In despair, he builds a boat to sail away, but the town turns against him and burns his boat. The deeper problem is that Leo’s mother tried to save his brother from drowning years before and not him. She rejects Leo when all he wants is her love.

THE VESSEL is full of Christian symbolism and allegory. It is clear by the end that love is the answer. Many counterfeit forms of love are revealed to be counterfeit. Even the priest has to rediscover his faith. Overall, the acting and direction is very good. Regrettably, the priest uses foul language and questions his faith. Overall, THE VESSEL is artistic but entertaining and worth watching. It is very lyrical and very compelling.

(CCC, BB, Ab, L, V, S, N, AA, M) Very sacramental Catholic Christian worldview with strong themes of forgiveness and doing the right thing in the midst of a fishing village filled with broken people who lost their children to a tidal wave, with some negative views by the priest who is questioning his faith; four obscenities and five profanities, many from the priest, and young man urinates off the sea wall, spraying his friend; jeopardy and violence (but not bloody) dealing with two men who fall into the ocean, and one dies while one resurrects, man gets angry at his mother, people burn man’s boat, women try to punish woman they think is committing adultery, visual elements of destruction by water; man briefly looks at a woman through crack in the wall, man lusts after woman, and scenes of woman underwater, with some minor kissing; upper male nudity and rear female nudity; alcohol use and drunkenness; no smoking or drugs; and, constant questioning of faith, redemption and God, including from the priest, such as is this resurrection real and is the vessel a sign from God, plus the town cremates a drowned man, which was forbidden by the Catholic church until very recently, though it may be due to the geography of the rocky beach where the town’s located.

THE VESSEL is a very sacramental movie reminiscent of the golden age of artistic movies from filmmakers as diverse as Fellini and Bergman. It is very lyrical and very compelling – and entertaining.

The movie opens in a little fishing town in the Caribbean with one young man, Leo, saying that his mother wanted him to do something great, then all the children of the town died in a massive tidal wave, and hope was lost. The wave is called in Spanish “the Fist of God.” The town stopped having children, and the question is, “How could God do this?”

Leo, takes care of his mother, Fidelia, who hasn’t spoken since her other son drowned. Every day, Leo takes her out to the beach so she can sit under an umbrella with a lamp looking out over the water.

Leo is a kind and giving person. He repairs his motorcycle; then much later in the movie, Leo gives it to Gabriel, his best friend, so Gabriel can leave the town.

Almost all the young adults have left. To celebrate the going away, Leo and Gabriel break into the church, get drunk on the communion wine and go to the stonewalls buttressing the beach against the waves. They both fall into the ocean, and they both are recovered dead from drowning.

However, hours later, Leo seemingly resurrects. The priest believes this is a sign from God. Leo even gets a stigmata in his foot. One poor man’s donkey is dying so he snatches some of Leo’s sweat and gives it to the donkey who revives.

Soraya, whose husband was the local teacher, goes to the school every day to clean up. She is attracted to Leo but can’t give up her wedding ring or wedding vows. The women of the town think Soraya is committing adultery with Leo. In extreme angst, Leo builds a vessel to sail away. The priest wants to put the vessel outside the church as a sign of God’s redemption.

One of the parishioners begs Leo to come to his house to save his wife from dying of consumption. The wife dies, so the town turns against Leo and burns his boat.

The deeper problem is that Leo’s mother tried to save his brother and not him and clearly overlooks him when all he wants is her love. So, a number of plot questions arise. Will Leo’s mother ever love him? Can he ever escape the stigma of being the brother who survived? Will he ever get married? Will the priest ever recover his faith? Will the town ever have children again?

THE VESSEL is full of Christian symbolism and allegory. It’s clear by the end that love is the answer. To find out how, you have to watch the movie.

Many counterfeit forms of love are shown, and are revealed to be counterfeit. Soraya at one point throws herself at Leo, but he covers her nakedness. The town’s hero worship of Leo is shown to be hypocritical. Even the priest has to rediscover his faith.

Overall, the acting and direction is very good, especially the main characters. Regrettably, the priest uses several profanities and obscenities, which is out of character. These are fishermen, so there’s upper male nudity. There is sexual attraction, but nothing explicit. There are drownings and physical jeopardy, but nothing graphic.

Overall, THE VESSEL, like Terence Malick’s THE TREE OF LIFE, is artistic but entertaining and worth watching.