The Big Reason Why Nobody Is Keeping Up With the Kardashians

The Kardashians used to be the queens of reality T.V., but now they’re looking more like court jesters after an embarrassing ratings decline in their 9th season of Keeping Up With the Kardashians! 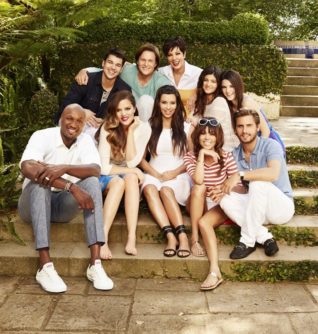 The show garnered its lowest rating in 3 years.

But why is America no longer interested in keeping up with the Kardashians?

Maybe it’s the drug use and sexualization rampant in the show.

Maybe it’s the 58 year old mom posting photos of herself in a tiny black bikini.

Or maybe it’s because the majority of Americans have a completely different set of values than the once princesses of Reality T.V.

Thankfully (or not) we live in a country with over 200 channels available at our fingertips, and a wonderful invention called the remote. With the touch of a button Americans are leaving the Kardashians faster than a Kim and Kris marriage, and turning into the bearded family of Duck Dynasty and several other family friendly reality shows.

One of the newest shows coming up in the family-friendly reality slate is Deion’s Family Plabook which is sure to be a ratings hit with the combination of Deion Sanders’ witty and funny personality and the pro-faith and pro-family message of the show. Check out the clip below for a sample.

UP TV also produces a great reality show called Bulloch Family Ranch  about a family that takes in troubled teens to their home and helps get their lives back on track.

Try not to cry when you watch this clip:

A trip to Duck Dynasty’s headquarters or the Bulloch family ranch might be the trick to get the Kardashian’s back on top of Reality T.V.