"The Young Victoria Grows Up" 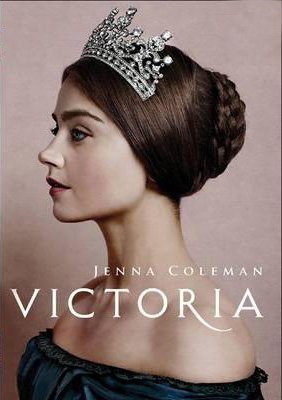 Season One of VICTORIA is an entertaining, moving, mostly wholesome romantic historical drama about Queen Victoria’s accession to the British throne in 1837 and her love story with Prince Albert. In the first three episodes, Victoria navigates her early days as queen with the help of her chivalrous Prime Minister, Lord Melbourne. In Episode 4, she meets Prince Albert. Though not ready for marriage, she’s drawn to Albert’s integrity and passion despite herself. Episode 5 hints at rocky times ahead for the engaged couple. In Episodes 6 and 7, Victoria and Albert struggle as newlyweds to adjust to their new roles. Finally, in Episode 8 Victoria must face her fear of pregnancy and childbirth, while facing assassination threats.

VICTORIA celebrates morality, duty and service to others, resisting sexual temptation, repairing family relationships, being merciful, and upholding constitutional liberties. It has strong Christian elements, especially in promoting chastity and communicating the beauty of Christian marriage. The program’s biggest flaw is its decision to follow several “downstairs” characters. Also, MOVIEGUIDE® advises caution for older children due to some sexual references and brief foul language.

Season One of VICTORIA is an entertaining, moving, mostly wholesome, romantic historical drama on TV about Queen Victoria’s accession to the English throne in 1837 and her love story with Prince Albert. Season One of VICTORIA has strong Christian worldview elements, especially in promoting chastity and communicating the special beauty of Christian marriage, but there are some sexual references during the first eight episodes, so caution is advised for older children.

The series begins as the King of England dies and the crown passes to his niece, the young Alexandrina Victoria (Jenna Coleman), who has been raised in near-isolation by her mother and her mother’s ambitious advisor, Sir John Conroy. Victoria resents her upbringing and is determined not to be manipulated by anyone.

In the first three episodes, Victoria navigates her early days as queen with the help of her chivalrous Prime Minister, Lord Melbourne (Rufus Sewell). Her intense friendship with him gives rise to public gossip, complicates the relationship between crown and parliament, and feeds the fire of plots and factions within her dysfunctional family.

In Episode 4, Victoria’s intense cousin Prince Albert (Tom Hughes) visits. Victoria is extremely reluctant about the idea of a match with Albert, who is her family’s choice of husband, but she’s drawn to Albert’s integrity and passion despite herself. Episode 5 hints at rocky times ahead for the engaged couple, as Prince Albert doubts if a meaningful life is possible as a prince consort to a reigning queen. Also, Victoria’s trust in Albert is shaken when she discovers the low standards of fidelity among aristocratic men.

In Episodes 6 and 7, Victoria and Albert struggle as newlyweds to adjust to their roles as both husband and wife and subject and queen. Finally, in Episode 8 Victoria must face her fear of pregnancy and childbirth, while also facing a threat of assassination.

While the royal characters and their plot lines are well written and compelling, the show’s big artistic flaw is its decision to follow several “downstairs” characters. Presumably the idea was to mimic the successful DOWNTON ABBEY, but the plot lines between the aristocratic characters and the servant characters fail to cohere in a satisfying way. Viewers are left wanting to get back to the scenes with Victoria, which is what this show is meant to be about, after all.

Despite this misstep, VICTORIA is overall a cleaner and less humanist program than DOWNTON ABBEY (and a big improvement on the recent historical drama POLDARK, with its objectionable sexual content). It should more than satisfy fans of historical drama who miss their Sunday nights with DOWNTON ABBEY.

Victoria is a flawed, emotional young woman who tends to react selfishly and impulsively. While she does mature in the series, she still has deep flaws. This is faithful to history. Further, Albert is shown to be her moral and emotional ballast, which is also historically accurate. Their relationship is very compelling and will touch viewers with a powerful romantic beauty that only comes with Christian marriage.

Caution is advised for older children due to some sexual references during VICTORIA’s first eight episodes.