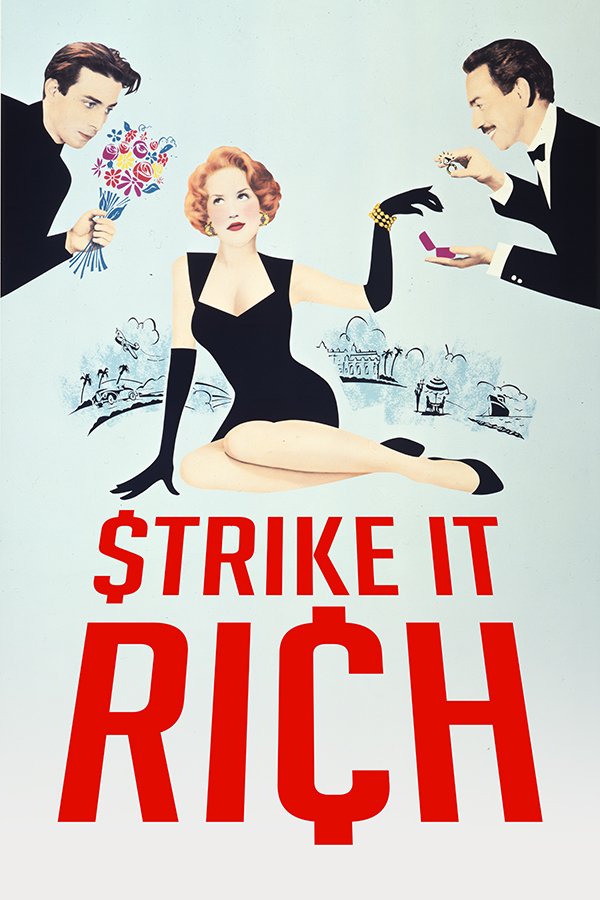 Set mainly in Monte Carlo during the 1950s, the film opens in the offices of a London conglomerate where Ian Bertram works as an assistant accountant at one of several hundred desks. He sighs, “The only glamour in my life is the dance of numbers.” The film is in black and white, and life is literally grey for Bertram until he meets Carrie Porter, a young, perky American-bred working girl, and the film shifts to color.

Bertram asks her out. They dance, drink, chat, and decide to wed. However, just before they do, Bertram discovers an accounting error that saves money for the conglomerate. The owner, an eccentric yachtsman-playboy, invites the soon-to-be-newlyweds to honeymoon on the corporate yacht.

The three arrange to meet in Monte Carlo, only the yachtsman forgets to show. Bertram and Carrie marry without him as witness, and the two soon run out of money. However, since Bertram has a head for numbers, he is soon at the casino working out a system while his bored young wife looks elsewhere for companionship.

These people are looking for contentment in all the wrong places: in power, money and in each other. They are “lovers of pleasure rather than lovers of God” (2 Tim 3:4). God tells us not to put our hope in such things, but to put our hope in Him, “who richly provides us with everything for our enjoyment” (1 Tim 6:17). When Carrie questions Bertram about having sex before they are married, he says, “But that would be living in sin,” to which she replies, “But I love to sin… living in sin is striped umbrellas… our own private beach.” Regrettably, the night before they’re married, they consummate the act.

With only a few laughs, the movie disappoints and falls short of engaging the audience (a few people even left the theater). There are a handful of “damns” and “hells,” a few minor obscenities and gambling is depicted. Although the acting of Lindsay and Ringwald is good, one wonders why they took on roles that project such a distorted view of marriage. It is therefore advised to steer clear of this poor-to-fair film.