"“We Ain’t Afraid of No Ghosts” But Your Children May Be!" 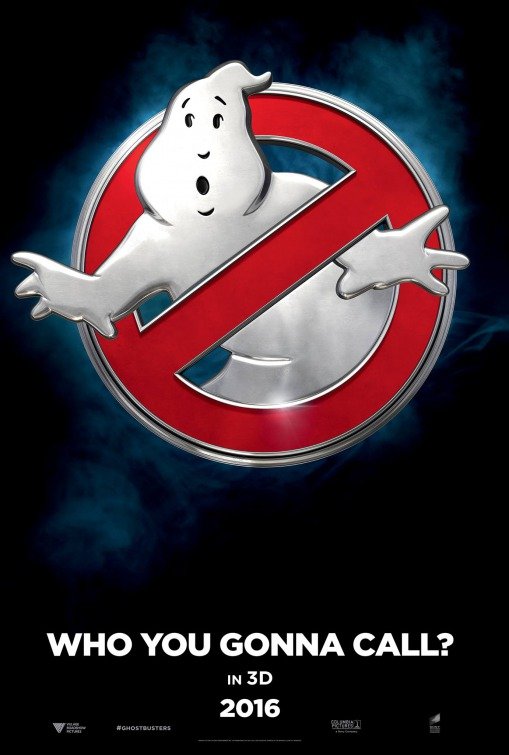 GHOSTBUSTERS is a female-driven reboot of the 1984 comedy classic about a group of wacky scientists who invent a way to capture “ghosts,” some of whom appear to be demons. A female scientist reunites with an old friend to investigate some paranormal, ghostly activity at a museum. There, they get their first on-camera meeting with a ghost. This leads them to establish a ghostbusting business using another friend’s paranormal inventions to capture ghosts and spirits. Eventually, they must stop a mad scientist from using his control of the paranormal to destroy New York City.

This GHOSTBUSTERS reboot is a story all its own, with no real connections to the past movies. The new story is almost as funny as the first one, and the CGI effects are unexpectedly good. That said, GHOSTBUSTERS reboot has a strong occult worldview, with plenty of PG-13 foul language and what seems to be a few more innuendoes. Some of the effects seem scarier too. Mitigating the GHOSTBUSTERS reboot’s negative content, however, are some positive moral elements promoting helping others instead of seeking one’s own glory.

(OO, B, LLL, VV, S, A, M) Strong occult worldview mitigated by moral elements promoting helping others rather than seeking one’s own glory; about 32 to 40 obscenities and profanities; cartoon-style violence and action throughout, as well as mostly mild scares, played mostly for laughs, including scary ghosts during a Thanksgiving Day parade sequence, some slapstick comedy, property destructions, characters banged and tossed, ghosts and spirits wreak havoc, and a giant evil spirit knocks down buildings and tosses cars, but no one is shown being seriously injured; some sexual innuendoes and banter (mostly surrounding the female Ghostbusters making lustful wisecracks about their hunky male secretary) and a proposed logo for the female Ghostbusters, with a ghost featuring big cleavage; two photos of upper male nudity and some female cleavage; some beer drinking; no smoking or drugs; and, stealing, vandalism and while referring to a girl who murdered her family a man says “God makes no mistakes, but he may have been drinking when he made the daughter.”

GHOSTBUSTERS is a female-driven reboot of the 1984 sci-fi comedy classic about a group of wacky scientists who invent a way to capture “ghosts,” some of whom appear to be demons. GHOSTBUSTERS has strong occult worldview, with plenty of slightly strong foul language and some scares often intended to generate laughs, mitigated by some moral elements promoting helping others instead of seeking one’s own glory.

The reboot begins with Erin Gilbert (Kristen Wiig), a college professor who gets approached by a museum owner hoping she can help him because she’s written about the science of ghosts. This prompts Erin to get in touch with her old friend, Abby Yates (Melissa McCarthy), whom she had abandoned years before because the scientific community kept mocking their research on the paranormal.

After reuniting with Abby, Erin is introduced to Jillian Holtzmann (Kate McKinnon), a scientist who proceeds to engineer their proton packs and other equipment to capture ghosts. So, the three scientists head to the museum. There, Erin gets her first caught-on-camera meeting with a ghost. For Erin, it’s her first step toward finally getting recognition for her past work. Abby, however, sees the ghostly museum encounter as a new start to a career in the field she loves so much.

Despite their apparent success, the three ladies are shunned and ridiculed. Even so, they begin to see the end of their old lives and the beginning of a new one where they save their city from spirits and other paranormal experiences.

The women find a workplace and hire Erin’s dream man, Kevin (Chris Hemsworth), as their assistant because he looks good in anything he wears. The final piece in the puzzle comes when they hire a fourth Ghostbuster, the streetwise Patty (Leslie Jones), who comes to them after encountering a ghost and an evil genius named Rowan (Neil Casey).

Rowan has gone nuts about demanding recognition for his own past scientific accomplishments concerning the “spirit world.” He now wants to use his supernatural power to destroy New York. Battling a fast-paced and funny string of obstacles, the new Ghostbusters set out to save the day.

This GHOSTBUSTERS reboot is a story all on its own, with no real connections to the past movies. In fact, it’s baffling why the movie’s trailers were so unfocused and unfunny unlike the actual movie. Like the original, viewers were laughing out loud at the movie’s antics. There was a smattering of applause when Bill Murray from the original GHOSTBUSTERS appears, but playing a different character. The movie’s trailers also led to complaints that the special effects might be too reliant on CGI, especially when compared to the original film, which used more traditional methods and modeling to create its effects. In reality, however, the effects in this reboot are top-notch and particularly impressive in 3D.

Much like the original film, the reboot has plenty of PG-13 foul language, but they’ve added what seems to be a more frequent array of sexual innuendoes and banter. Though they aren’t extremely graphic, this content will annoy media-wise viewers. Some of the effects seem a little scarier too. Extreme caution is warranted for this content, as well as the movie’s occult worldview, which is happily mitigated by some moral elements about promoting helping others rather than seeking one’s own glory.