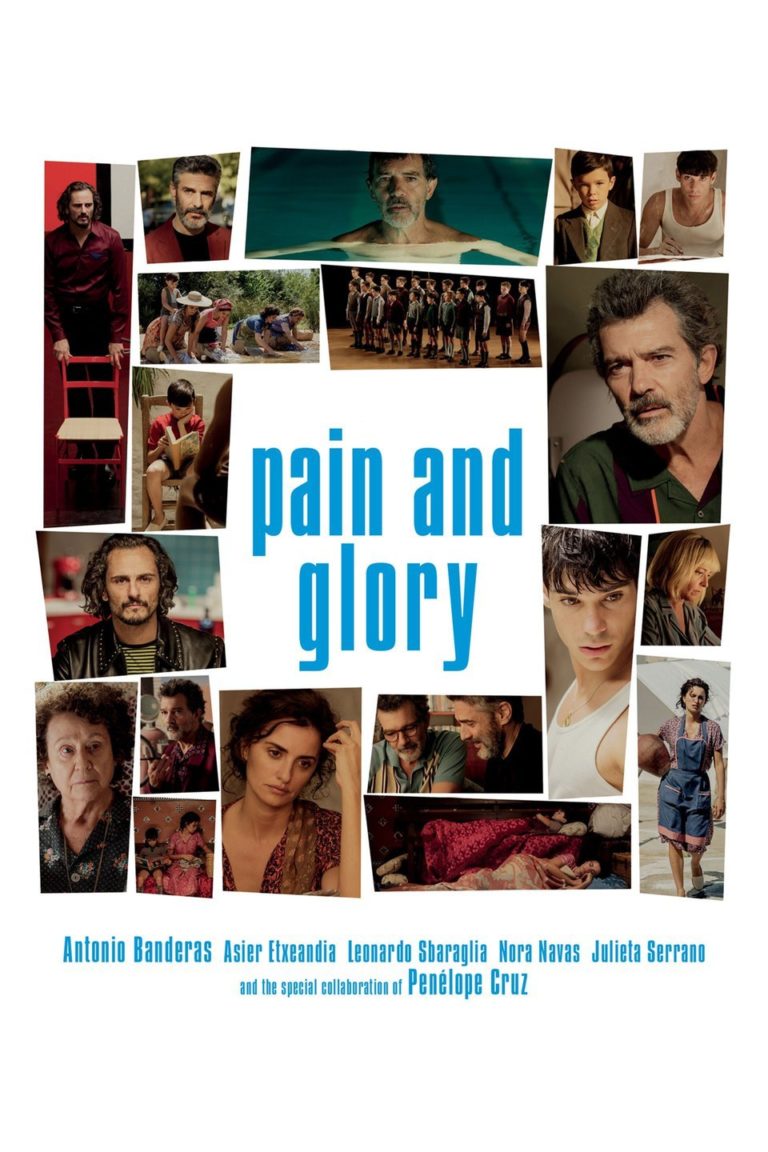 PAIN AND GLORY is a Spanish movie about Salvador, a movie director who struggles with multiple medical issues as he aches for not only no pain, but also the desire to write and direct movies again. A series of voiceovers reveals that Salvador’s medical ailments have harmed his ability to make movies. This greatly affects his mood. The movie moves back and forth between Salvador’s past and present to give viewers a glimpse into what might really be the cause of his pain. The movie ends on an artistic note.

PAIN AND GLORY is cinematically captivating. It has a good use of bold colors. One montage displays carefully constructed imagery. That said, the movie’s flow is sometimes confusing and leaves many moments up to the viewer to understand. PAIN AND GLORY has some positive references to God, religion, prayer, and forgiveness. However, these elements are spoiled by brief excessive nudity, some foul language, and references to homosexuality and drug use. Finally, at one point the protagonist expresses an ambivalent attitude toward God. Ultimately, media-wise moviegoers will find PAIN AND GLORY excessive and unacceptable.

(PaPa, CC, B, H, HoHo, SS, LL, V, AA, DDD, M):
Dominant Worldview and Other Worldview Content/Elements:
Strong mixed pagan worldview with some pagan elements and references, some overt Christian and moral elements, and some humanist and anti-religious elements/sentiments, including mention of a priest, the Cross is depicted in a home, family devotion and tenderness, a child receives a scholarship to go to a Catholic seminary, references to being like ancient Christians who lived in catacombs, funny comments about someone’s music choice being “less pagan” than the Beatles, a character is seen holding a rosary upon her death, forgiveness is promoted, protagonist says he prays to God when he has provision in his life but rejects God and is an atheist when there’s no provision in his life, and Greek gods are mentioned, plus strong homosexuality and homoerotic overtones in some scenes, young boy sees a grown man naked and faints (though it’s not clear if it’s from heat or shock), two grown men make out and reference their previous relationship with one another
Foul Language:
Seven or eight obscenities (including one “f” word) and six profanities (including one referring to Jesus Christ)
Violence:
Man slices someone on the street with a knife, but the scene is quick, and there’s little blood
Sex:
A homosexual couple kisses and a married couple kisses
Nudity:
Full frontal male nudity when a character takes a bath, and upper male nudity when a man swims
Alcohol Use:
Characters drink alcohol in multiple scenes and drunkenness isn’t rebuked
Smoking and/or Drug Use and Abuse:
Smoking, characters sniff heroin recreationally, cocaine referenced, and character takes a variety of prescription drugs for physical ailments; and,
Miscellaneous Immorality:
Divorce mentioned and characters hold grudges against one another, but ultimately come to forgive each other.

PAIN AND GLORY is a Spanish drama by acclaimed, perverted filmmaker Pedro Almodóvar. It follows a movie director named Salvador, who struggles with multiple medical issues as he aches for not only no pain, but also the desire to direct and write movies again. PAIN AND GLORY is very artsy but falls short in giving the audience clarity of on-screen events. The movie also showcases heavy nudity, sexual references, homosexuality, and drug use. These and other miscellaneous immoralities make PAIN AND GLORY “excessive.”

Set in Spain, PAIN IN GLORY begins with the lead character, Salvador Mallo, underwater in his swimming pool as he contemplates life. Through a series of voiceovers, viewers learn that Salvador’s medical ailments are slowing down his ability to make movies, which greatly affects his mood.

Salvador reconnects with an old actor-colleague, Alberto, with whom he had a falling out with years ago, just before the 30th anniversary of their movie. Alberto offers Salvador heroin, which he takes to dull his aches and pains. While Salvador is tripping, Alberto finds some writing of Salvador’s that he thinks would make a great stage production. Meanwhile, Salvador’s mind drifts to his childhood, as it frequently does in the movie, giving viewers insight into his upbringing with his hardworking parents.

Days later, instead of fulfilling their commitment for an interview, the two men sniff heroin and skip out of the interview. Next, Salvador agrees to let Alberto perform his piece on stage. The program deals heavily with a homosexual relationship Salvdaor left behind in his past. However, unknown to Salvador, his former male lover is in the audience, and he reaches out to Alberto to re-connect with Salvador.

When they meet up, Salvador and his former lover reminisce about their glory days and chat about their current lives, their joys and sorrows. After this man leave Salvador’s apartment, Salvador once again drifts back to his memory of living in a small town and the first time he was attracted to a man, a much older man who was teaching Salvador how to read.

The movie later concludes in an artistic way that brings the events of Salvador’s past into his present.

PAIN AND GLORY is cinematically captivating with a good use of bold colors and one montage with carefully constructed graphic imagery. That said, the movie’s flow is somewhat confusing and leaves many moments up to the viewer to understand.

PAIN AND GLORY has a mixed pagan worldview. Despite some positive references to God, Christianity, prayer, forgiveness, and caring for others, the movie also contains brief excessive nudity when a man takes a bath, some foul language, and references to homosexuality and drug use. Finally, at one point the protagonist says he prays to God when he has provision in his life but rejects God and is an atheist when there’s no provision in his life. Ultimately, therefore, media-wise moviegoers will find PAIN AND GLORY unacceptable, with too much objectionable content. The movie is more painful than glorious.