"Risking Life and Limb to Save Lives" 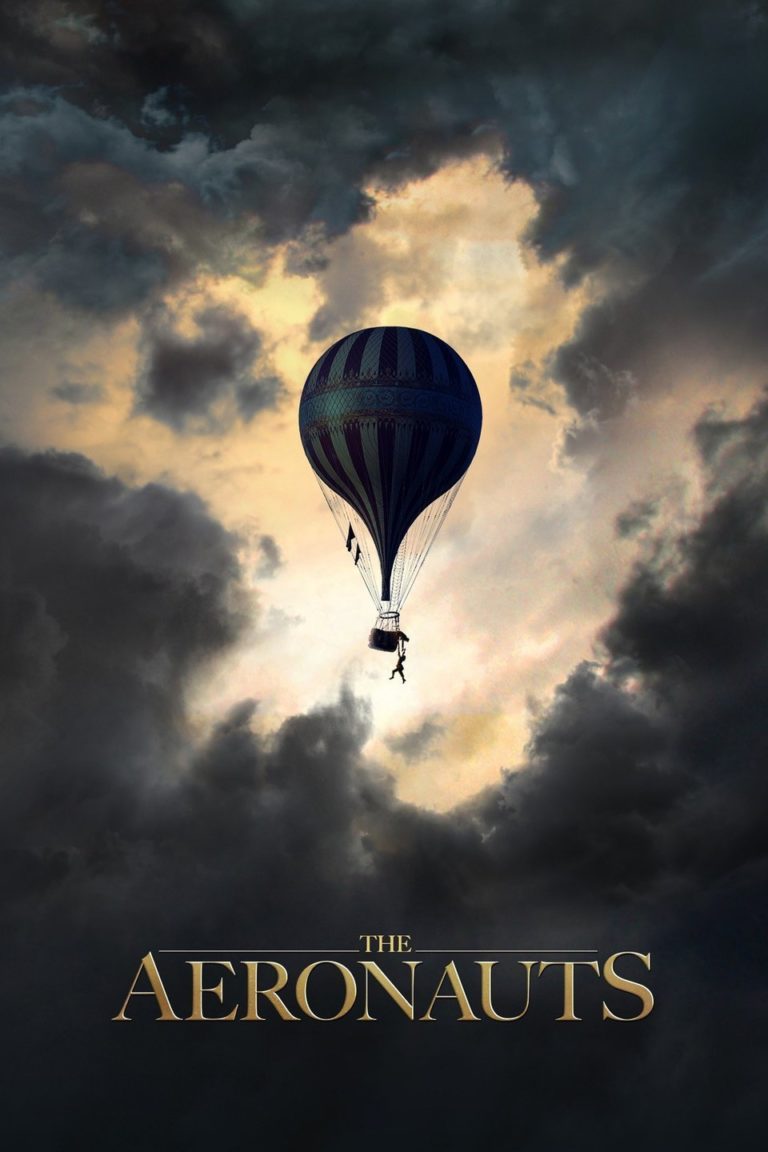 THE AERONAUTS is a wonderful adventure movie about two English hot air balloonists in 1862, a man and a woman, who embark on a dangerous journey in a balloon. James, a pioneering meteorologist, teams up with Amelia, whose husband sacrificed his life for her when their balloon developed a rip two years ago. James wants to break the 23,000 foot altitude record and take weather measurements while Amelia steers a balloon. Their journey encounters deadly problems, especially when James convinces Amelia to take the balloon higher than 23,000 feet.

THE AERONAUTS is a great adventure movie that might remind viewers of the adventure movies from the Golden Age of Hollywood. It’s extremely intense, thrilling and satisfying. Felicity Jones and Eddie Redmayne do a great job portraying the two intrepid balloon explorers. Happily, THE AERONAUTS has no strong objectionable content. Although James is a humanist scientist, Amelia’s aunt and sister decide to pray for their safety when no one hears from James and Amelia for two days. MOVIEGUIDE® advises a light caution for family audiences because of the intense jeopardy in THE AERONAUTS.

(H, BB, C, L, V, A):
Dominant Worldview and Other Worldview Content/Elements:
Light humanist worldview where the hero is a humanist scientist, mitigated by some strong moral elements and some light Christian, redemptive elements promoting sacrifice, family, looking out for one another, concern for gaining knowledge to save people’s lives during stormy weather, and a woman’s mother and sister decide to pray for the woman’s safety
Foul Language:
One “d” obscenity and one light God exclamatory profanity
Violence:
Some intense adventure action in a hot air balloon includes a dog is tossed out of an ascending hot air balloon, but he has a vest parachute on his little body that opens, so he gently drifts to the ground, balloon gets spun around violently by a storm, woman gets thrown out of a hot air balloon basket and must climb back in using a rope, man helps her climb back into the basket, intense jeopardy when woman must climb the outside of a frosted balloon at a dangerous altitude and passes out after she reaches the top and performs a function, man suffers high-altitude sickness and his nose bleeds before he passes out, people suffer frostbite on their hands and faces, a couple flashbacks of a man jumping to his death from a balloon to save his wife’s life when their balloon develops a rip (wife is haunted by her husband’s death and suffers PTSD), another lengthy scene of dangling precariously from a rope attached to the hot air balloon, and balloon finally crashes to the ground, but have the two people survived?
Sex:
No sex, but a young widow and a young man seem to fall in love
Nudity:
No nudity
Alcohol Use:
Brief alcohol use
Smoking and/or Drug Use and Abuse:
No smoking or drugs; and,
Miscellaneous Immorality:
Nothing else objectionable.

THE AERONAUTS is a wonderful adventure movie about two English hot air balloonists in 1862, a man and a woman, who embark on a journey to set a new height record but run into problems when they fly too high. THE AERONAUTS is amazing, intense and exciting, with no strong objectionable content, but the man in the balloon is a humanist scientist, although there’s one scene where the woman’s aunt and sister decide to pray for the woman’s safety.

As the movie opens, Amelia Wren is haunted by the death of her husband. About two years ago, she and her beloved husband, Pierre, encountered trouble in their hot air balloon. They need to get rid of some weight in the balloon. Before Amelia could react, Pierre jumped out of the balloon to certain death to save his wife’s life.

Now, Amelia is on her way to take James Glaisher, a pioneering meteorologist, up in a hot air balloon to break the world height record of 23,000 feet set recently by the French. It takes money to build a balloon, however. So, their financial backer has sold tickets to the public to watch the balloon ascend. Amelia is late arriving at the event, and James is getting impatient.

When Amelia finally arrive, she’s wearing a costume and does a few cartwheels on the podium, much to the chagrin of James. Amelia is then handed her little dog, who seems to be wearing a sweater vest of some kind. She brandishes the dog, eliciting cheers from the crowd, then climbs into the balloon with the dog along with a large suitcase. James protests, but Amelia waves him off and cuts the ropes holding the balloon too the ground. James keeps protesting to her about the dog, but as the balloon ascends, Amelia tosses the dog out of the balloon. Everyone is shocked until the dog’s little vest turns into a parachute, and the dog excitedly descends softly to the ground and runs into the financial backer’s arms.

The balloon keeps ascending, James brings out his meteorological instruments and starts checking them, and a flashback shows how James became interested in taking a balloon into the sky to checks his theories and take these measurements. Their ascension is suddenly disturbed when they run into an ominous raincloud. They had decided to let the balloon ascend despite the dark cloud. They throw out a couple sandbags to rise above the thundercloud. However, now a really strong gust of cold air in the cloud sends the balloon into a dangerous spin. Amelia gets thrown out of the balloon but hangs onto a rope. James manages to pull her back to safety after she climbs the rope to the basket.

James and Amelia are amazed by the beauty of the clouds above the thundercloud. They are further amazed when a swarm of small yellow butterflies envelopes the basket and the balloon. These two scenes generate a couple more flashbacks showing how James and Amelia met and showing the aftermath of her husband’s death.

Shortly thereafter, the two balloonists finally breach the 23,000-foot record. James wants to go much higher, but Amelia is reluctant, especially since James didn’t pack the winter clothing he had promised to bring. Then, however, she remembers how his assistant had told her she had a responsibility to help James, adding that not everyone gets a chance to change the world. So, Amelia agrees to ascend further.

[SPOILERS FOLLOW] However, as they rise, James begins to show signs of high-altitude sickness, making him lightheaded and delirious. He starts throwing things out of the basket to go higher. Amelia fights with him, and James starts to bleed from his nose and passes out. Amelia tries to open the hot air valve to release the gas that’s making the balloon ascend, but the valve is stuck. Amelia’s only option is to climb the ropes on the outside of the balloon holding it together to force open the valve at the very top of the balloon. Of course, a couple other complications put that plan in doubt.

Inspired by several true stories about the early balloonists, THE AERONAUTS is a great adventure movie that might remind viewers of the great adventure movies from the Golden Age of Hollywood. It’s extremely intense and extremely thrilling. Felicity Jones and Eddie Redmayne do a great job portraying the two balloon explorers.

THE AERONAUTS has no strong objectionable content. There’s very brief, light foul language. Also, there’s some intense jeopardy that’s probably too much for some children, especially younger ones. That said, James’ pursuit of science is somewhat humanist, but in a light way. He mostly wants to advance weather science and weather technology to find ways to save people’s lives during severe storm systems. There’s only one religious reference in the movie, when Amelia’s aunt and sister decide to pray when there’s no word for a couple days about how Amelia and James are doing. They fear the worst, but no news is good news, so they pray for no news.

MOVIEGUIDE® advises a light caution for family audiences, mostly because of the intense jeopardy in THE AERONAUTS.