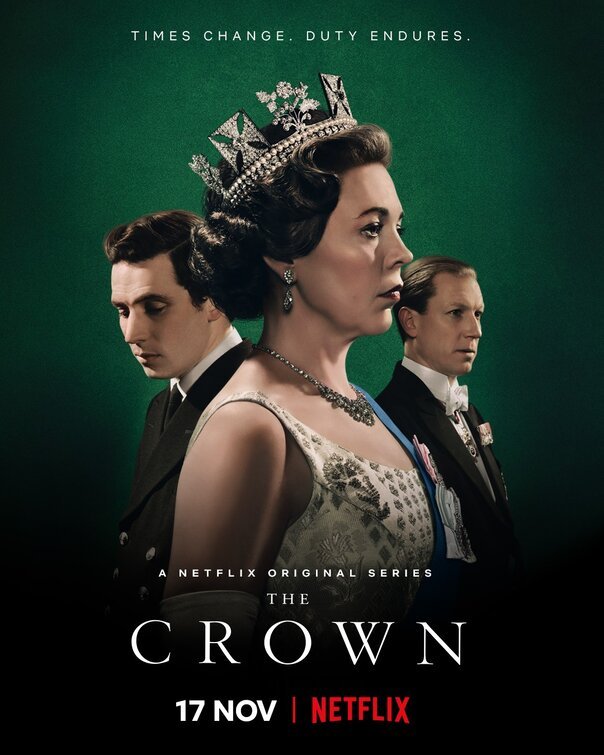 The “Bubbikins” episode of Netflix’s THE CROWN series opens in Athens, Greece in 1967. The Christian Sisterhood of Martha and Mary, the nursing order of Greek Orthodox nuns founded in 1949 by Prince Philip’s mother, Princess Alice of Greece, is out of money. In a last-ditch effort, Alice takes her last bit of jewelry from her past as a princess to be pawned. Meanwhile, Prince Philip hopes a new BBC documentary will improve the royal family’s image. However, a military coup in Greece forces his mother to come to England, and Philip is concerned her presence will not help the documentary. Apparently, Princess Alice once suffered a breakdown long ago, and Philip’s worried she’s still affected by it, even though he turns out to be wrong.

THE CROWN:  Bubbikins is an eye-opening, uplifting episode. It has a strong Christian, moral worldview that shows the importance of having faith and forgiving others. It also extols prayer and shows how Princess Alice makes sacrifices to ensure the survival of the nursing order of nuns she founded. MOVEIGUDIE® advises caution for younger children because of brief foul language.

(CC, BB, L, A, D, M):
Dominant Worldview and Other Worldview Content/Elements:
Strong Christian, moral worldview shows the elderly Christian mother of Queen Elizabeth’s husband makes sacrifices to support the nursing order of Greek Orthodox nuns she founded, the mother constantly wears a cross necklace, prayer is depicted, the Queen makes a positive remark about God, a conversation occurs between the husband and his Christian mother where it’s revealed he doesn’t have faith, but his mother talks about the importance of faith, and forgiveness occurs between the mother and the son
Foul Language:
Two obscenities and one light profanity
Violence:
No violence
Sex:
No sex
Nudity:
No violence
Alcohol Use:
One line where someone jokes about needing a drink
Smoking and/or Drug Use and Abuse:
Adult and teenage cigarette smoking, and man smokes a pipe, but no drugs; and,
Miscellaneous Immorality:
Rude comments are made about the monarchy by someone in the monarchy, there’s a broken mother and son relationship, but in the end it begins to be rebuilt, and Princess Anne jokingly refers to her father and his advisors as reptiles.

The “Bubbikins” episode of THE CROWN opens in Athens, Greece in 1967. The Christian Sisterhood of Martha and Mary, the nursing order of Greek Orthodox nuns founded in 1949 by Prince Philip’s mother, Princess Alice of Greece and Denmark, is out of money and will have to close. In a last-ditch effort to keep the doors open, Alice takes her last sapphire from her past as a princess to be pawned.

Meanwhile, Prince Philip is in America making an appearance on the Sunday TV program MEET THE PRESS. There, he shares the fact that the monarchy hasn’t had a pay raise in over 10 years. A British journalist, John Armstrong, sees the interview and writes a negative piece on the royal family. The piece puts a negative air around the family that Prince Philip now has to fix.

Prince Philip calls on Princess Anne, his daughter, to be part of a new public initiative. He hires the BBC to make a documentary film about the family to be shown on television. He hopes this will make the people see how hard they work for their money.

Cut to a meeting Queen Elizabeth II has with the Prime Minister. He informs her there is a military coup in Athens that’s putting Princess Alice in danger. The Queen immediately informs her husband, Philip, she intends to bring Princess Alice to England to live with them. Philip is totally against it because back in 1930, his mother was diagnosed with a form of schizophrenia, and he thinks she’s still affected by it, even though she’s recovered. Prince Philip is afraid his mother’s presence at Buckingham Palace will have a negative effect on the documentary, but the Queen overrules his fears.

Upon her arrival at Buckingham palace, Princess Alice is greeted by the Queen and Princess Anne. She’s shown to her room, but while looking for a lighter for her cigarette she ventures outside. She meets a man from the BBC, and they begin to interview her. Philip is enraged and has someone bring her in immediately because he doesn’t want her to ruin the new documentary.

The documentary is released and completely backfires on the family. Armstrong, the same journalist who wrote the first negative piece, writes another as a response to the documentary. This prompts Philip to set up an interview for Princess Anne with Armstrong.

When the piece is printed on the front page, it shocks everyone in the royal family, because Princess Alice is candid about her mental illness, her hardship and her recovery. The interview actually improves the royal family’s image and encourages Prince Philip to see his mother for the first time since his childhood.

“Bubbikins” is an eye-opening episode. It shows how badly the royals want to be seen as normal, something that is probably impossible because of their status. The music is evocative, and the episode creates empathy when Princess Alice reveals her backstory, including the things she suffered.

“Bubbikins” also has a strong Christian, moral worldview. It extols prayer and shows how Princess Alice makes sacrifices to ensure the survival of the nursing order of Greek Orthodox nuns she founded in 1949. Also, Alice tells her son, Prince Philip how important Christian faith is. Eventually, she and her son forgive one another, and the episode ends on a positive, uplifting note.