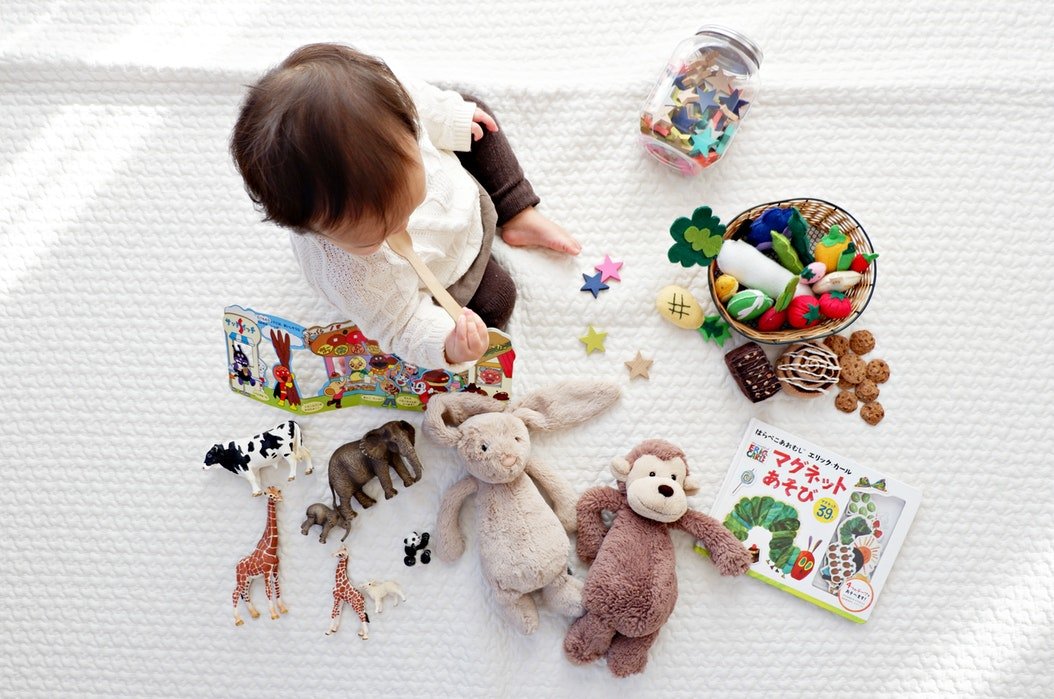 Recent releases TOY STORY 4, CHILD’S PLAY, and ANNABELLE COMES HOME are all movies about the relationships between children and their toys. In TOY STORY 4, Woody tags along with his Kindergartener, Bonnie on her first day of school. In CHILD’S PLAY, Chucky pledges his loyalty to his new best friend Andy. In ANNABELLE COMES HOME, Daniela sees the doll, Annabelle, as an innocent toy, something she does not have to fear taking out of a case.

However, only TOY STORY 4 is really on children’s side when it comes to maintaining the connection and joy between children and their toys. Everything Woody does is for Bonnie’s benefit and wellbeing. Chucky is bloodthirsty and ultimately self-seeking. Annabelle is possessed by demons. A lot of Hollywood filmmakers are fascinated by killer toys and turning innocent childhood imagination, like clowns, into horror symbols. Here is a list of reasons why Hollywood should stop making toys scary.

One might argue that the PG-13 and R ratings on the Chucky and Annabelle movies ought to keep children away from this content. However, this is problematic when the content is, in fact, childlike.

Children are often drawn to things they aren’t supposed to see, especially if another child is the main character. Why shouldn’t they be allowed to watch what another child is being allowed to do? Like Daniela in ANNABELLE COMES HOME, they think the entertainment is for them.  Often, adults who are fans of these movies end up exposing their children to them in one way or another. They might take the child with them to the movie, watch it with him or her at home, or attend conventions for scary movies like these with the child in tow.

With all the hype around the scary, including toys like Chucky and Annabelle, it isn’t difficult to see how children stumble upon them. The message of imagination and hope learned from movies like TOY STORY gets confused by messages of fear perpetuated by movies about scary toys.  The toys they love become infused with a sinister element. This seems incredibly unfair as adults are the ones who are making these movies with the confusing message that the same toys that the child loves can kill you. 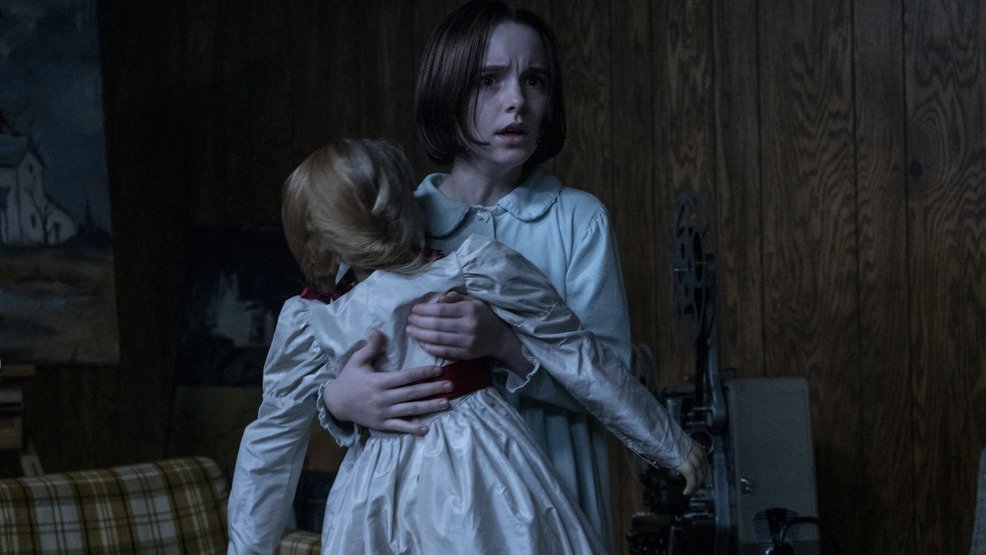 According to Five Stages of Cognitive Development, children are absorbing what they see and hear before they are even two years old. From two to seven, they understand what the characters they watch are doing, and from seven to eleven, they form a deeper understanding of what their actions mean.

Many children relate to their toys as if they have feelings. They personify them when they look like living things with faces and bodies. Through them, they rehearse what it is to have relationships and how to treat others. In TOY STORY 4, Woody is a friend to Bonnie by accompanying her to her first day of Kindergarten and making sure she has everything she needs.  In CHILD’S PLAY though, Chucky is a friend to Andy by killing his cat who occasionally annoys him.

Scary movies viewed by children have been reported to cause sleep disturbances, difficulty distinguishing, reality from fiction, violence, and aggression. Researchers, Kristen Harrison and Joanne Cantor, have found that the younger the child is exposed to these stories, the longer-lasting the effects.

Unlike Woody and his friends in the TOY STORY world, Chucky and Annabelle do not protect or love their children. In fact, they betray them. Through films like ANNABELLE COMES HOME and CHILD’S PLAY, children see safe environments become unsafe. They see other children like Andy in CHILD’S PLAY being put in the position of acting like the adult. He watches his parent and other adults in his life being put at risk by a doll that was supposed to be his friend. Andy himself is responsible for hiding his mother’s boyfriend’s head.  He feels compelled to lie to the adults who are supposed to protect him and pretend it is a present.

In TOY STORY 4, CHILD’S PLAY, and ANNABELLE COMES HOME, all the toys exercise free will. Arguably, Annabelle has a demon inside of her, but the demon directs its actions. In TOY STORY 4, Woody tells his friend Buzz to “listen to his conscience.”  Bonnie’s toys are always working in her best interest, illustrating the point that in any journey, God is always present. 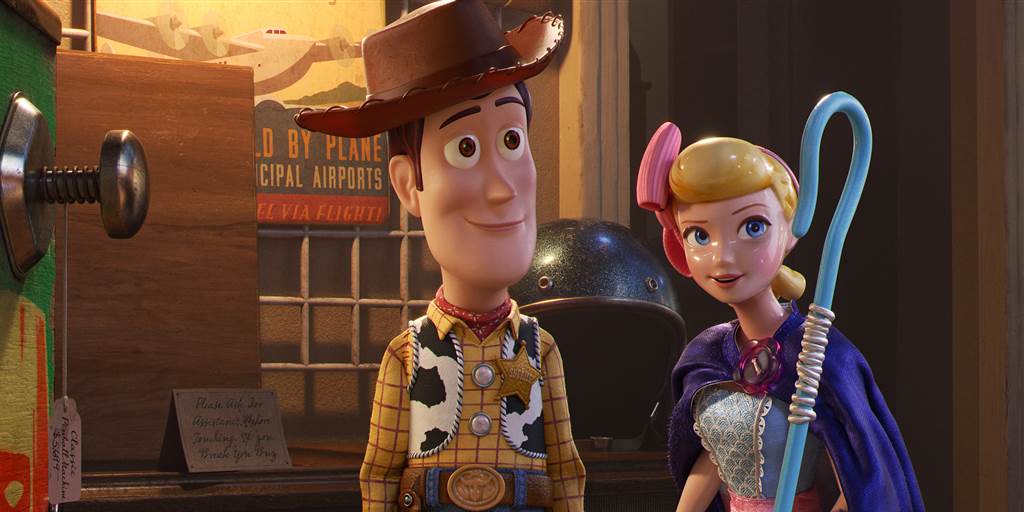 According to UCLA clinical psychologist, Lucy Wolizky-Taylor, many adults suffer from pediophobia—the fear of dolls.  The leading cause is the movies that make these dolls seem so unpredictable. Over the years, many adults have unfortunately learned to associate dolls with the scary stimuli they were exposed to in one way or another. Sadly, they don’t see their life-like and human features as something relatable, rather as something unpredictable. Ironically, the treatment plan for pediophobia, according to Wolizky-Taylor, is to stop watching scary movies about dolls.

One might argue that Annabelle is defeated by the power of Christ and the Holy Spirit, ultimately a good and comforting message for people. However, children should be allowed to associate innocence with the things created to protect and encourage it—toys.  Proverbs 22:6 says, “Start children off on the way they should go, and even when they are old they will not turn from it.” Maybe that’s why the Annabelle movies display God’s power and that that Chucky movies often default to humor. Adults on some level must know how perverse and dark the world has become for children. Followers of Christ know that though these frightening influences have come into the world, ultimately; as shown in movies like TOY STORY 4, the evil one will not win. “That though the wicked spring up like grass and all evildoers flourish, they will be destroyed forever” Psalm 92:6.

What media can you consume to that preserves and protects your child’s heart and mind?