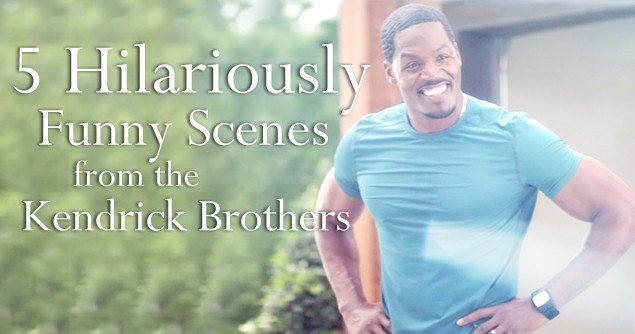 WAR ROOM has just been released on DVD and Blu-Ray. WAR ROOM is a very emotional, compelling Christian movie about spiritual warfare, in a story about a married couple having problems. Directed by Alex Kendrick and co-written and produced by his brother Stephen Kendrick, WAR ROOM, like all their previous movies tackles real issues plaguing committed Christians, and attempts to offer hope and biblical answers that are all weaved into the story. That being said, anyone who’s ever seen a movie by the Kendrick Brothers knows that the movies can be just as funny as they are dramatic, with the inclusion of comedic characters and hilarious situations. Here are five hilarious scenes that still make us laugh!

#4 – Dancing for the Mirror

Our favorite confident firefighter in FIREPROOF never gets a break.

Very likely the best application of scripture to football you’ll see from the movie FACING THE GIANTS.

Number one goes to the hilarious snake king prank in COURAGEOUS.

What are your favorite scenes from FLYWHEEL, FACING THE GIANTS, FIREPROOF, COURAGEOUS, or WAR ROOM? Leave a comment below.