Behind the Scenes of THERE BE DRAGONS with Wes Bentley 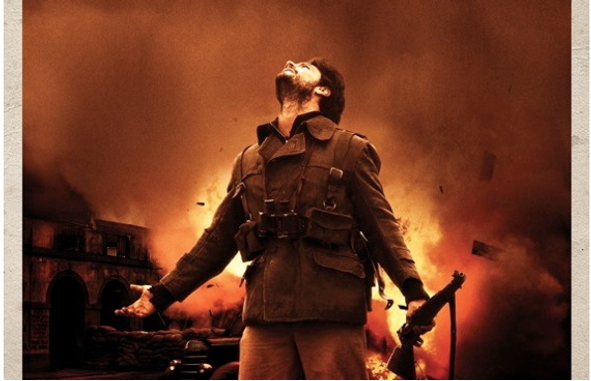 THERE BE DRAGONS tells the story of Joesemaria Escriva, who founded Opus Dei. Through Josemaria’s friendship with the fictional character Manolo, we see a juxtaposition between those


who believe in Christ and those who have turned away.

THERE BE DRAGONS shows a clear depiction of genuine faith, which has the ability to reach many people, and interestingly enough it reached the supporting actor, Wes Bentley who plays Manolo. During the making of this movie, Wes learned he wanted his own faith.

“I learned that I wanted to have my own,” he told Movieguide®. “I reconnected spiritually while I was on this film but it wasn’t due to the religious nature of the film. I had grown up in the church. I had had religion in my life a long time. I am not really a churchgoer, but I had definitely had a hunger for a spiritual connection to the world, my soul to be healed.

Of course, the “fate” Wes is talking about is God’s timing of calling Wes back to Him.

Highlighting the similarities between himself and Manolo, Wes says, “I was in a dark place at the time, sort of coming out of addiction. Manolo was a very isolated person, and I sort of self imposed isolation. I had a great family, but I pushed them away. Fame kinda led me to push away people in general. I used to love people. So, I shared that with Manolo.”

Wes said the “dark place: he found himself was due to “making bad choices in my life.”

It was during the time of filming THERE BE DRAGONS that Wes realized that not only his character Manolo needs forgiveness, but he too needs it.

“Asking for forgiveness on your death bed at 78 didn’t seem appealing,” he explained, “so I realized I wanted to do that now.”

But, Wes realized that the choice to ask to repeatedly ask for forgiveness and in turn strive to do the right thing was something he had to commit to doing.

“I had already stopped doing drugs,” he said, “but I didn’t stop drinking. I hadn’t made the choice to change forever. There were certain people in the film, their life was so attractive, that I wanted to make the choice there. In doing that, I reconnected to so many things I didn’t expect. Spiritually I reconnected to the world. My soul was begging a long process of healing.”

The effect of THERE BE DRAGONS and its presentation of the Gospel of Jesus Christ on Wes Bentley may just be the beginning of many people being changed by this powerful movie. We hope and pray this will be so.