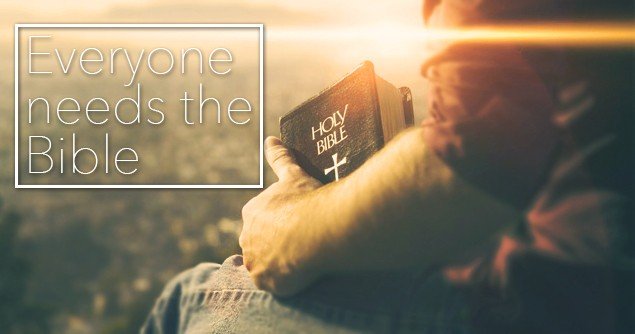 Everyone Needs the Bible:

Movieguide® Publisher and Christian Film & Television Commission (CFTVC) Chairman Dr. Ted Baehr spoke at a special event in Oklahoma City for the new eight-story Museum of the Bible being built in the nation’s capitol, Washington, D.C.

“Everyone needs the Bible,” said Dr. Baehr, who noted that he gave his life to Jesus Christ because someone challenged him to prove to her that the Bible is false, but, instead, he not only couldn’t prove it was false but discovered that the Bible was actually true!

Dr. Baehr showed the audience some charts on the Bible’s immense popularity, proving that God’s Word is far more popular as well as more inspiring than the most popular movies and television programs, including GONE WITH THE WIND, both the movie and the book.

He also showed some charts showing that the public not only wants to see more Bible stories, but they also want to see Bible stories that are as accurate as possible.

The Museum of the Bible is scheduled to open in 2017. It will house an unprecedented collection of more than 40,000 antiquities and Biblical artifacts, including some of the world’s oldest existing scriptures, rare Bibles, objects from Ancient Israel, Torah scrolls that survived the Holocaust that murdered five to six million Jews during World War II, and archeological discoveries from the time of Jesus and His apostles.

For more information about the Museum project, visit www.museumoftheBible.org.

For an examination of the factual evidence supporting the truth, accuracy and reliability of the Bible and the Christian faith, see the following two articles:  https://www.movieguide.org/news-articles/he-is-risen-you-can-trust-the-easter-story.html and https://www.theculturewatch.com/a-rational-faith-founded-on-fact/a>.