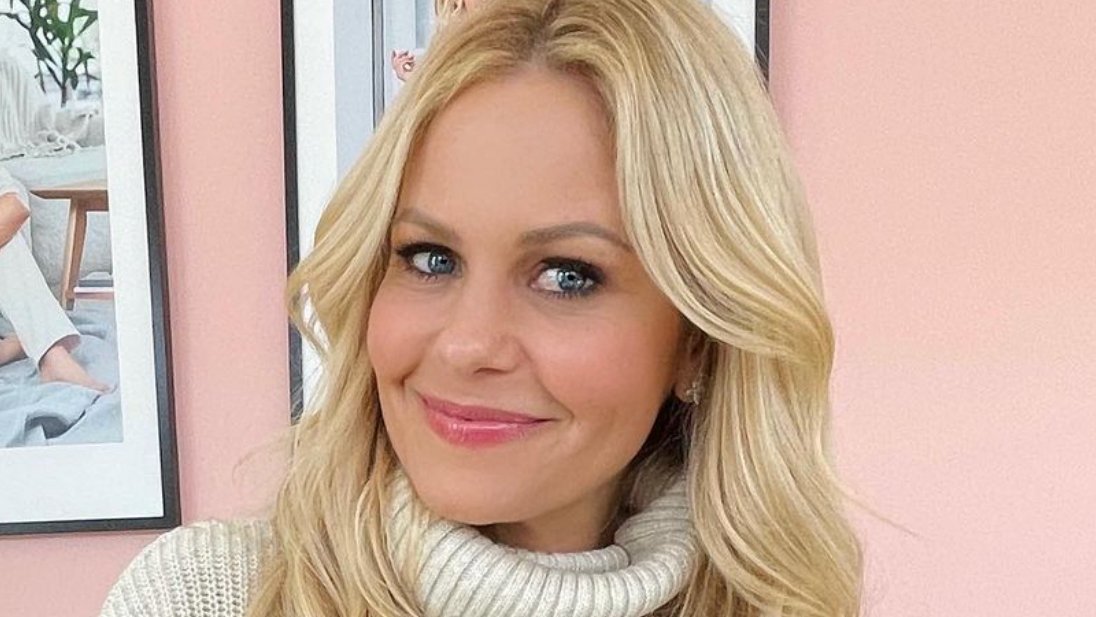 Bure and Brotherton play exes who end up competing in a Christmas contest.

Bure revealed that she reached out to Brotherton after FULLER HOUSE came to an end in 2020.

“It all started with a phone call,” John told E! News. “I was sitting at the beach on the Jersey Shore and Candace calls me and she’s like, ‘So, I’ve got an idea.’ Long story short, when she sent me the script, it was such a warm, fuzzy feeling and it was like a throwback to the rom-com of when we were kids. It made me smile, it made me laugh and…there is a moment in the end that made me shed a tear.”

“This is totally for all the fans that wanted Matt and D.J. together,” Bure said. “Absolutely, 100 percent!”

“I think there’s some Fuller House fans out there that will feel satisfied if they weren’t the first time around when we used to work together,” he said.

“There’s lots of fun Easter eggs for those Fuller House fans. It’s a rom-com. There’s a lot of comedy and a lot of heart,” she added.

“I’ve had a long-standing relationship with Hallmark Channel for 12 years,” Bure told The Day. “Being intentional with my career and my choices, their branding has always lined up with what I want to represent and with the type of programming that I do, which is all family-friendly entertainment. And so I love that.”

Bure, a devout Christian, is also known for her roles in FULL HOUSE and its reboot, FULLER HOUSE.

“I have fans who are 6 years old who recognize me as D.J. Tanner, whether it’s from the original show or the new show on Netflix. And then I have 60-year-old fans that love me on Hallmark Channel,” Bure said. “I couldn’t be more thrilled. I love being associated with Christmas — it’s my favorite holiday of the year.”