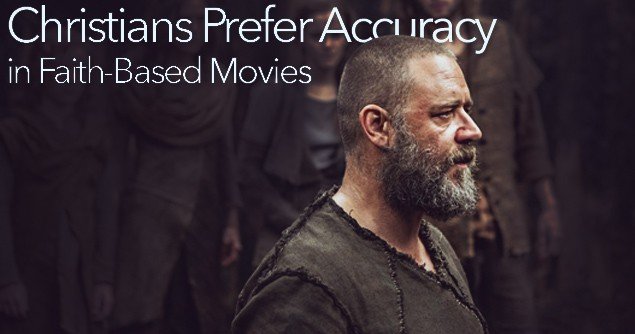 Religion and faith are extremely important for those who faithfully practice them. For many Christians, their faith and the Holy Scriptures are sacred and must be regarded with much reverence. Faithful Christians believe that matters of faith and Scripture must be handled with care.

Believers are extremely sensitive about how the Christian faith and narratives of the Holy Bible are portrayed in Hollywood movies. Despite this truth, 2014 has been a very prosperous year for faith-inspired movies. With movies like SON OF GOD, NOAH, GOD’S NOT DEAD, and HEAVEN IS FOR REAL, all achieving box office success, major production companies are unquestionably embracing biblical and faith narratives.

The release of these faith movies, and a few more releasing in the fall (such as THE SONG and EXODUS:  GOD AND KINGS), gives indisputable evidence “that there’s a sizable Christian community of moviegoers willing and ready to mobilize for the right picture.” The overwhelming number of Christians who go see these religious movies, is not only determined by the fact that these movies are considered “faith-based” or “religious,” but also if the movie accurately represents their faith and Scripture.

A recent Christian News Service/Nicaea poll, performed by American Insights, is revealing the surprisingly promising perspective that Christian moviegoers have of Hollywood and the faith-based movies that they are creating.

The poll determined that roughly 49% of Christians favorably view Hollywood, while 32% view it negatively. The poll also determined that approximately 57% of Catholics have a more positive view of Hollywood compared to 40% of Protestants.

Nonetheless, the poll also revealed that 43% of Christians are adamant that their faith is wrongfully being portrayed by Hollywood, while 33% believe otherwise.

“People would like to be optimistic, but they have been disappointed over the years,” Russ Jones, president of Christian News Service, said. He added, “This year has given them some hope.”

So which factors are significantly determining whether or not Christian moviegoers will go see a faith-based movie?

The answer is accuracy. The poll revealed that 42% of Christians believe that Hollywood has inaccurately portrayed the Bible, compared to 37% who believe otherwise. According to the majority of Christians who were surveyed (79%), compared to the 10% who disagree, faithful biblical interpretation is a determining factor to whether or not they will see a faith-based movie.

“The biggest lesson we saw was that historical and biblical accuracy is really important to Christians,” Jones said.

He added, “That should give folks a stern warning that it’s crucial to use historical data, historical facts and biblical themes as accurately as possible.”

The American Insights poll, which was performed as part of larger promotion for the 2016-movie NICAEA, which is based on the historical narrative of Constantine the Great and the Council of Nicaea, surveyed 1,200 American adults, of which 63% identified as Christians, between May 1 and May 8. The margin of error for the poll was plus or minus 2.8%.

Like the Christians at Berea in the book of Acts, who “received the word with all eagerness, examining the Scriptures daily to see if these things were so,” contemporary Christians should continue to thoroughly study the Scriptures and measure everything up against it. Christians shouldn’t settle for cheap interpretation and representation of the Gospel of Jesus Christ in movies, but support movies having a robust understanding of the Holy Bible and the Good News of Jesus.