Did the Church Let Miley Cyrus Down? 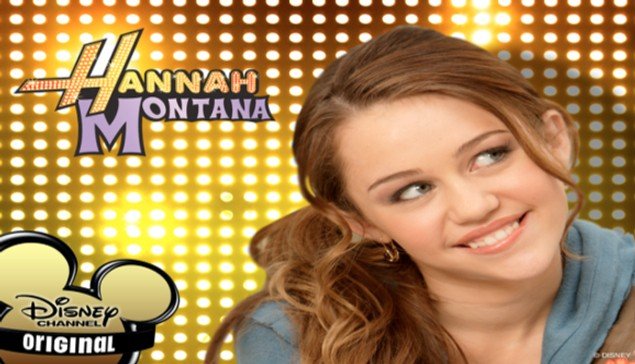 “What’s so new about this?”

Her performance, was, in a word, overrated.

Didn’t Madonna do this and much worse on her “Blond Ambition” tour back in the 90s, Britney Spears’ through her shocking moments during the first part of the new millennium? Or Adam Lambert’s line crossing rendition of his song “For Your Entertainment” on the American Music Awards that was so explicit, ABC’s cameras couldn’t even air the performance in its entirety?

Haven’t we seen performances like this so many times before? Isn’t Miley Cyrus just another example of the exploitation of the music industry and the materialistic nature of our culture for monetary gain?

Or is she much more?

Maybe it’s because we expect that type of outrageous behavior from singers like Lady Gaga or Britney Spears, and not from the innocent façade of Cyrus’ alter ego, Hannah Montana. Maybe it’s because we have seen this type of over-the-top behavior from singers like Madonna or Spears so many times we needed someone to push the envelope a little further.

Or, perhaps Miley Cyrus is the our scapegoat for our lack of discipling the next generation as authentic followers of Jesus.

Ron Hutchcraft said this about Miley in his blog:  “‘She let us down.’” That’s what one 10-year-old said about Miley Cyrus’ more-than-suggestive performance at the MTV Awards. That little girl nailed it.”

A Christian friend of mine on Facebook posted this comment:  “She is a young girl who is a role model. Right now we can wish it wasn’t true but it is.” She and Hutchcraft’s words made my heart sink. In that moment, I made an astonishing revelation:

Miley Cyrus didn’t let the world down. Her Christian parents and mentors let Miley Cyrus down.

How can we expect a young woman like Cyrus to act like a Christian without a personal relationship with Jesus? All while a million eyes watch and criticize her every move?

Too many Christians have not done their job of demonstrating what a true role model looks like. Maybe the answer as to how believers can stop entertainers from performing this way is to stop looking at our TV screens to shape our youth and start looking in our church pews.

But, what makes someone a role model? Is it charisma, charm or soft, flawless, skin? I think Scripture has something more to say on the subject in Philippians 2:14,15:

“Do all things without grumbling or disputing; so that you will prove yourselves to be blameless and innocent, children of God above reproach in the midst of a crooked and perverse generation, among whom you appear as lights in the world, holding fast the word of life, so that in the day of Christ I will have reason to glory because I did not run in vain nor toil in vain. . . .”

Role models are everywhere. You just have to know where to look.

Maybe it’s someone like Tim Tebow, who uses his celebrity status to point people to his Father by posting things like this on his Facebook status: “I would like to thank Mr. Kraft, Coach Belichick, Coach McDaniels, and the entire Patriots organization for giving me the opportunity to be a part of such a classy organization. I pray for nothing, but the best for you all, I will remain in relentless pursuit of continuing my lifelong dream of being an NFL quarterback. 2 Corinthians 12:9.”

Maybe a role model doesn’t need the limelight to make a difference in people’s lives. Maybe it is someone behind the scenes, like the members of my youth group who sacrificed most of their summer to build homes for the less fortunate in Kentucky. Or, maybe it is someone like my 7-year-old daughter, who, after hearing about our church’s project to raise money to get clean water for children in Equador, sold her toys and books at our yard sale and selflessly donated her profits.

Role models are everywhere. They don’t need the spotlight to be one.

Maybe the best role model to young people is you!