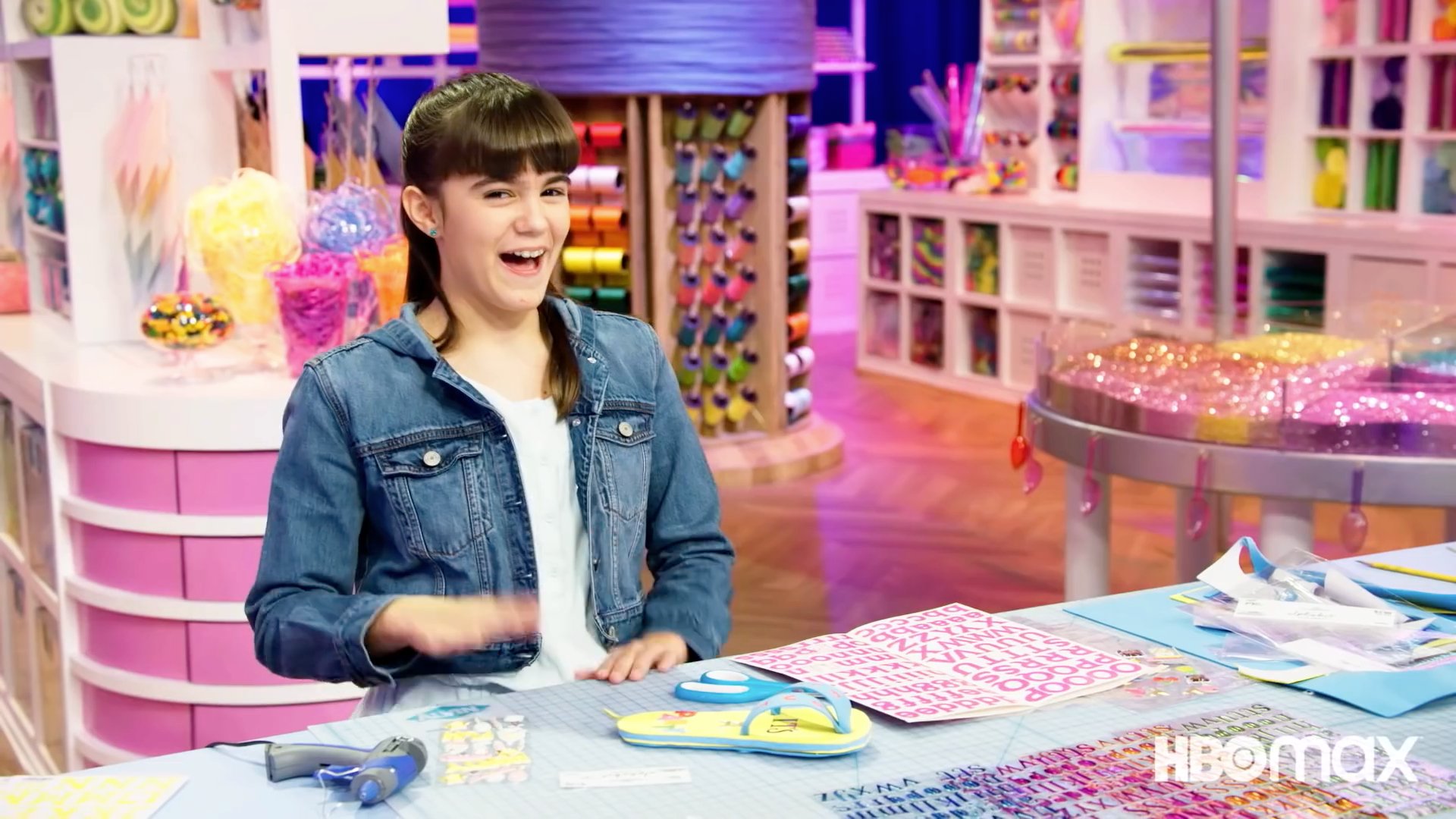 CRAFTOPIA is a children’s crafting competition series on HBO Max. The program consists of eight episodes that each run about 25 minutes long. During the short segments young contestants display their crafting abilities while competing to win prizes. CRAFTOPIA has not yet been renewed for a second season.

In CRAFTOPIA, children between the ages of 9 and 15 exhibit their crafting skills and compete to win $5,000 and a craft themed trophy, known as the “craftrophia.” During the first round, three contestants compete in a one hour “quick craft.” For the quick craft, children are assigned specific projects and may choose from a variety of materials in the enormous, Craftopia store. The Craftopia store also contains a hidden, prized panda. The contestant who finds the panda receives an additional prize.

Some of the quick crafts include decorating sneakers, creating fun party invitations, and dressing up a locker. Only two contestants are allowed to move to the next round, but the participant who doesn’t move up still receives a $500 Craftopia gift card. Young crafters are always encouraged to “keep crafting.”

During the second round, crafters complete a more challenging two-hour project. Some of these larger crafts include crafting a lemonade stand, creating a 3-foot plushie, and designing a life-sized doll box. The runner up receives a $1,000 Craftopia gift card.

CRAFTOPIA is rated TV-G. Contestants and judges often get excited and OMG is said about 10 times. Contestants sometimes take the Lord’s name in vain. No other foul language is heard on the show.

There is also no violence, nudity, or sexual content. One of the male guest judges does wear a feather boa and is very flamboyant. The sexuality of the regular and guest judges is not discussed, but some of them are known homosexuals.

CRAFTOPIA has a dominant moral/biblical worldview where young contestants root for, encourage, and help one another. They also celebrate each other’s wins and congratulate one another. Good sportsmanship is promoted.

CRAFTOPIA also encourages everyone to be creative by celebrating the diverse talents of boys and girls of all ages, backgrounds, and abilities, There are some mild pagan elements presented in a way that is meant to be silly and goofy. Stressed and excited participants sometimes pretend to meditate by closing their eyes and chanting, “ohm.” A guest judge also makes a joke about the “creating, crafting god.”

CRAFTOPIA is a bright and fun program that creative people of all ages will enjoy. The projects are interesting and will definitely inspire anyone who loves crafting.

CRAFTOPIA is a family-friendly show, but some parents may be concerned about the joking references to pagan meditation. Parents may wish to view CRAFTOPIA first to decide if it is appropriate for their children.