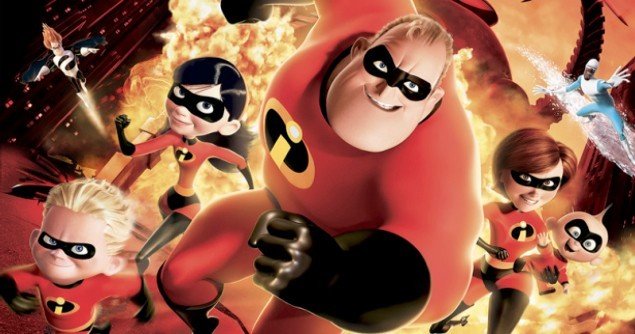 For those who’ve been clamoring for a sequel to Pixar’s popular, fantastic animated action company about superheroes, THE INCREDIBLES, now is not the time to give up hope.

Brad Bird, the director and writer of the original movie, recently told The Hollywood Reporter he has several ideas for what the sequel should be.

“I am stroking my chin and scratching my head,” he said. “I have many, many elements that I think would work really well in another film, and if I can get ‘em to click together, I would probably wanna do that.”

Bird says he wants to increase the pace on the movies he’s making:

“I like the idea of moving a little more quickly in films. I’m looking for ways to accelerate the pace a little bit and figure out a way to keep creative control over these movies to a level where I’m comfortable with the end result but also speed them up a bit and make more of them. I have many different films I wanna make. It’s like a big airplane hangar, and I have different projects on the floor; half-assembled in my brain. I’m interested in all of them. You kind of have to move on the ones people are willing to pay for and the ones you’re most excited about.”

After directing RATATOUILLE, Bird made his first live action movie, MISSION: IMPOSSIBLE – GHOST PROTOCOL, which turned out to be one of the biggest box office draws of 2011. And, THE INCREDIBLES is one of Pixar’s most successful movies, comparing very favorably to FINDING NEMO and the TOY STORY trilogy.

So, Brad Bird is definitely one of the most successful directors working today.

Bird was asked to consider doing STAR WARS VII for Disney, but his schedule wouldn’t allow it. How about doing both STAR WARS VIII and THE INCREDIBLES 2 for 2017, Brad?

Stay tuned for further updates from Movieguide®, including news about this year’s Pixar movie, MONSTERS UNIVERSITY, which opens June 21.

To read Movieguide®’s review of THE INCREDIBLES, go to https://www.movieguide.org/reviews/The-Incredibles.html.