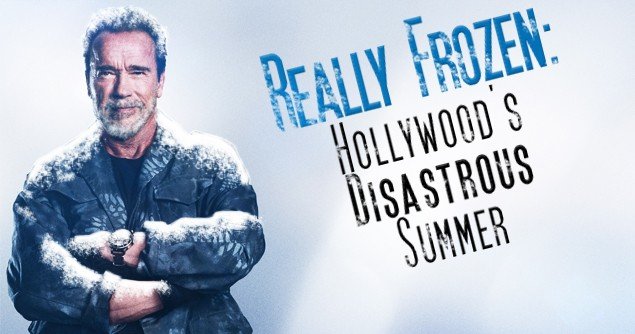 With the strong ticket sales for Disney’s FROZEN and great box office for THE LEGO MOVIE and SON OF GOD in January and February, this year appeared headed for a banner year, coming into the summer nine percent ahead of last year. Then, as the weather warmed, the box office cooled.

This summer’s box office was off by 16 percent compared to last year, $4.85 billion versus $4.06 billion. These numbers take into consideration Hollywood’s record-setting $1.02 billion August take, which included GUARDIANS OF THE GALAXY, the top earning movie of the year so far, and the fun reboot TEENAGE MUTANT NINJA TURTLES.

Adjusting for ticket price inflation, 2014 was the worst summer for Hollywood since 1992!

Part of the problem has been a lack of staying power. Second weekend box office drops have frequently been in the 60 percent range.

Disney, which averaged nearly $100.64 million per movie last year, is averaging only $86.76 million per movie so far this year, including August’s super take for GUARDIANS OF THE GALAXY. Meanwhile, it will have no Pixar movie in 2014, because THE GOOD DINOSAUR got pushed back to 2015.

That said, Disney is likely to rebound later this year, when it releases three more family movies, including BIG HERO 6 (Nov. 7), ALEXANDER AND THE TERRIBLE, HORRIBLE, NO GOOD, VERY BAD DAY (Oct. 10) and INTO THE WOODS (Dec. 25).

Family oriented animated movies are struggling so far this year. With the exception of the holdover business on last year’s FROZEN and the solid performance of THE LEGO MOVIE, the animated movies RIO 2 and MR. PEABODY AND SHERMAN failed to even make it to the $150 million domestic box office mark, while HOW TO TRAIN YOUR DRAGON 2 barely made it past that mark at $174.1 million.

The great news about 2014 box office is the performance of movies made to appeal Christian audiences. Made on very modest budgets GOD’S NOT DEAD and HEAVEN IS FOR REAL were spectacularly profitable earning $61 million and $91 million in domestic box office. Such success does not go unnoticed when major studios have had several big budget box office disasters. Even NOAH, with some content that offended many Christians, winds up looking good with $101 million in domestic box office and $359 million worldwide. Several more movies aimed to please Christian audiences are on the fall schedule and more are in the works for next year; such as: EXODUS, TEN COMMANDMENTS, BEN HUR, NICEA, KING DAVID, and many more.

Next year, the major studios are expecting major summer box office warming with a new STAR WARS movie, another AVENGERS movie, another HUNGER GAMES, a MINIONS movie (from the highly successful DESPICABLE ME franchise), another Marvel original (ANT MAN), a new CINDERELLA movie, FAST AND FURIOUS 7, another JURASSIC PARK sequel, a new James Bond movie, and a second Pixar movie, INSIDE OUT.

A question facing the major studios is, “Will audiences ever tire of superheroes and big disaster science fiction movies?” A huge portion of studio budgets go into this very expensive, high-risk competition. One reason they stay in this competitive area is that these movies often play extremely well overseas.

With the highest worldwide gross ever for an animated movie, FROZEN showed that, with the right story, animation is still a tremendous business. The problem is, of course, in finding that story. Families are not coming out simply because a new animated movie is being offered. It’s expensive to take the children out to a movie, and the theater experience itself becomes more problematic as children become less well behaved.

Who wants to pay the high price of admission for an opportunity to publically display one’s inability to control one’s children? It’s cheaper, and less stressful, to buy the DVD or stream a movie online.

One reason for this year’s precipitous decline in box office may be the uneven quality and gratuitous content of this year’s major movies.

For example, even some well-made, very entertaining movies, such as THE LEGO MOVIE, HOW TO TRAIN YOUR DRAGON 2, MALEFICENT, and THE AMAZING SPIDER-MAN 2, had a couple artistic missteps and problematic content that apparently turned off too many moviegoers or failed to excite others. Even the best made blockbuster movie of the year so far, CAPTAIN AMERICA:  THE WINTER SOLDIER, had some foul language limiting its box office potential. Moreover, why would you make a movie about one of the most popular, inoffensive, exhilarating musical groups of the 1960s, Frankie Valli and the Four Seasons, with a lot of R-rated foul language and with such a focus on the more depressing, darker aspects of their lives?

Many, if not most, people have difficult enough lives requiring lots of hard work. As Movieguide®’s annual financial study of the box office shows, they prefer more wholesome, uplifting, patriotic movies that celebrate life and honor the Good, the True and the Beautiful. They want to see godly or admirable, lovable characters who overcome adversity, who conquer evil, or who restore faith, justice, and liberty.